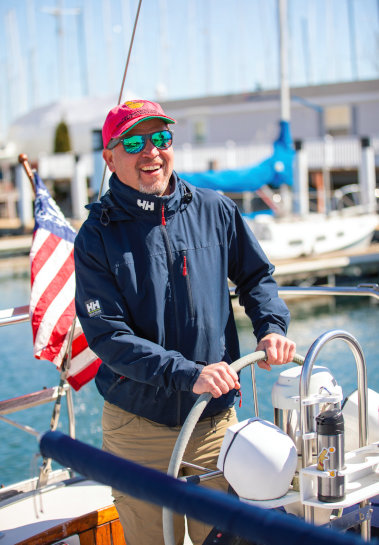 The most interesting man in Lake Forest has to be Robert Biddle V—and not just because the highly competitive 48-year-old father of four whacks two-handed forehands and two-handed backhands in tennis en route to championships, and is quick to tell befuddled opponents at the Lake Forest Club, “I’ll tell you after the match,” whenever they ask, “Are you a righty or a lefty?”

The same Bob Biddle, also a standout in paddle, has competed in 22—22!— Chicago Yacht Club to Mackinac races, the oldest annual freshwater distance (333 miles) race in the world; was a Chicago Board of Trade trader who started the corporate housing business At Home Inn Chicago with his wife, Elizabeth, in 2000; co-founded (and serves as president of ) Nevada-based Fuel Matrix LLC/Oxon2, which developed, patented, and commercialized a revolutionary approach to reducing harmful emissions from internal combustion engines in Europe, South America, and now the United States.

Get the feeling that Mr. Biddle did more today between 6-7 a.m. than folks will do for the rest of this decade? Thought so.

“We’ve all been stuck on these ‘islands’ for the longest time,” Biddle, speaking in late April, says, alluding to the state of isolation many have had to accept and endure since the start of the pandemic. “Now, thankfully, it’s looking more and more like we’ll finally be able to navigate toward normalcy.”

Biddle knows navigation. Biddle, as a youngster growing up in Nevada and the West Coast, got hooked on sailing at Camp Deerwood, in Holderness, New Hampshire—the setting for the 1981 movie On Golden Pond.

“I remember being on a Sunfish at camp, taking in the serenity, looking all around me, and listening to the water as I sailed,”  said Biddle, who played tennis and wrestled for teams at Reed High School in Sparks, Nevada. “I had no idea at the time that competitive racing was even a thing.”

He eventually pounced—think of a tennis player near the net, transforming a tennis ball into a pile of yellow pulp with an overhead smash—on the opportunities to race atop water. Biddle “hopped from boat to boat” for battles on Lake Michigan after his days as a political science major at Loyola University in Chicago.

“Being close to nature excited me; it still does,” says Biddle, who, six years ago, moved from the Chicago neighborhood Old Town to Lake Forest with his family (wife Elizabeth, a native of La Grange and a Lyons Township High School graduate; sons Robert VI, Owen, and Charlie; and daughter Caroline). “There’s nothing more exhilarating than being at the helm, finding a groove, and experiencing the magic onboard.” 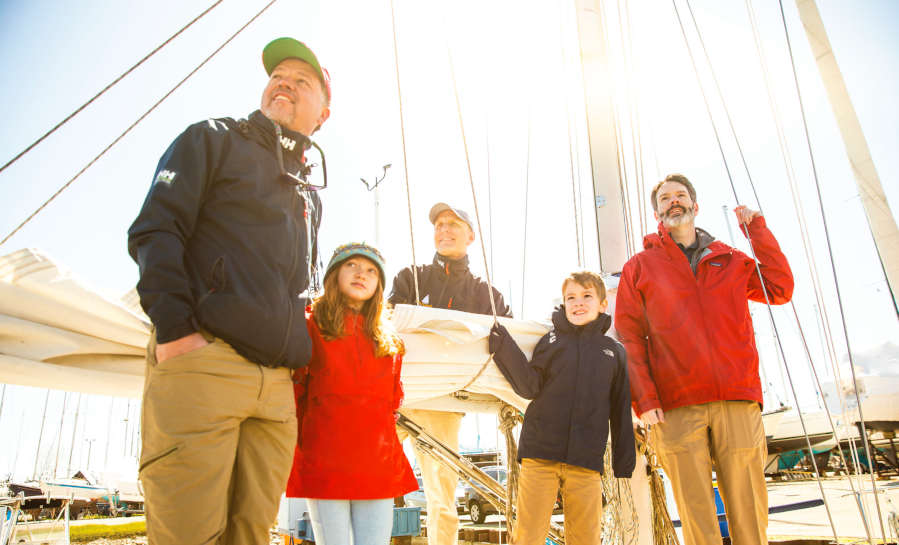 A member of the Chicago Mercantile Exchange beginning in 1998, he and one set of crew mates survived an epic storm during a “Mac” race in the 1990s. His best finish to date in the race that ends on Lake Huron off Mackinac Island in Michigan is a fifth-place showing aboard a Nelson Marek 36. Typical length of a shift at the helm: four hours.

Biddle, who’s thinking of entering this summer’s “Mac” as a crew member of a boat named Turning Point, needs to complete only three more “Mac” races to land the coveted “Old Goat” (or, in some circles, “Island Goat”) status. Sailors who finish 25 races get to apply for membership in the Island Goat Sailing Society. 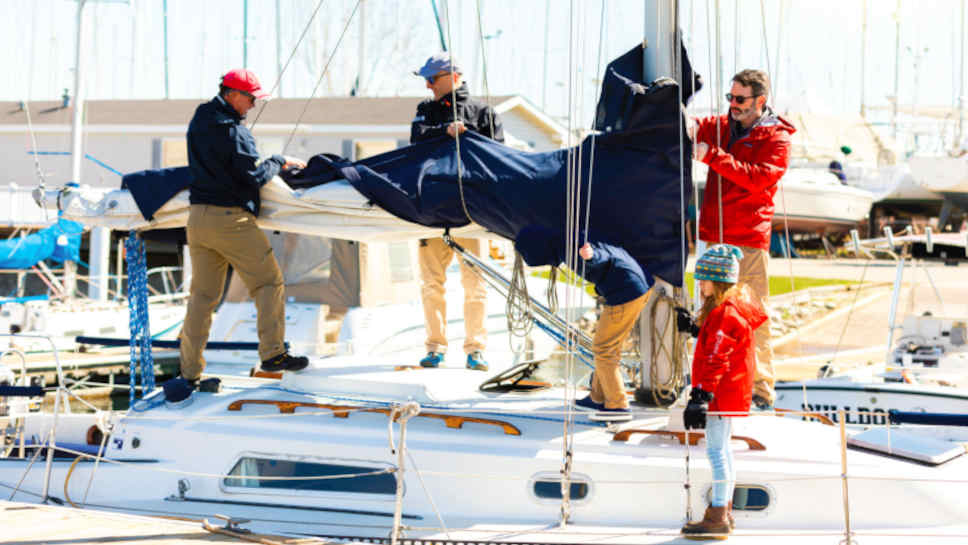 The crew readies Precarious, a Pearson 32, for sail.

A total of 390 sailors had achieved the distinction through 2019, according to islandgoats.org. The first “Mac” was staged in 1898. Last year’s “Mac” was not held because of the pandemic.

Biddle’s favorite quote this year is one he’s treasured for many years, because he essentially lives by it.

“(Country singer) Jimmy Dean said it,” Biddle says. “I love it—you can apply it to many areas in your life. It’s, ‘I can’t change the direction of the wind, but I can adjust my sails to always reach my destination.’ ”