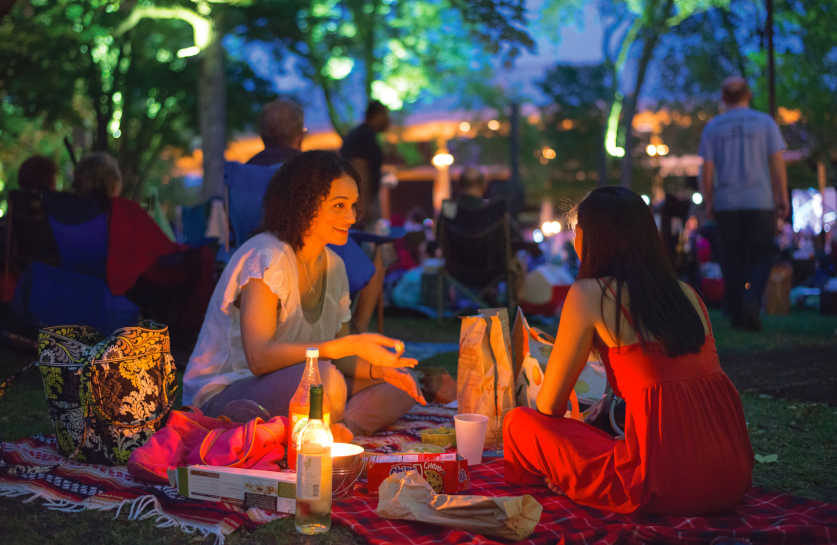 When Jeffrey P. Haydon started his new job as President and CEO of The Ravinia Festival last September, he set out on a singular mission—to reopen the 117-year-old institution’s iconic gates in time for summer.

While no one knew what pandemic life in 2021 would look like, everyone knew that where there was a will, there had to be a way.

“It’s been a difficult year for a lot of people. Throughout the pandemic, we talked about what was ‘essential,’ but music is one of the few things in life that can speak to everybody’s soul, and we believe that’s also an ‘essential’ part of the healing process,” explains Haydon, who was officially appointed to replace retiring President and CEO Welz Kauffman in early July 2020. “Ravinia is the perfect place to be together and be re-inspired again, so we decided that if there was any way to prudently and safely reopen those gates, we were going to do it.”

When the 2021 concert schedule was released in early May, a collective chorus of applause echoed throughout the North Shore community and on social media. The three-month season is somewhat abbreviated, and the experience will be different, but the “return” of Ravinia is a sign that perhaps we are on the other side of the worst health crisis in our history. 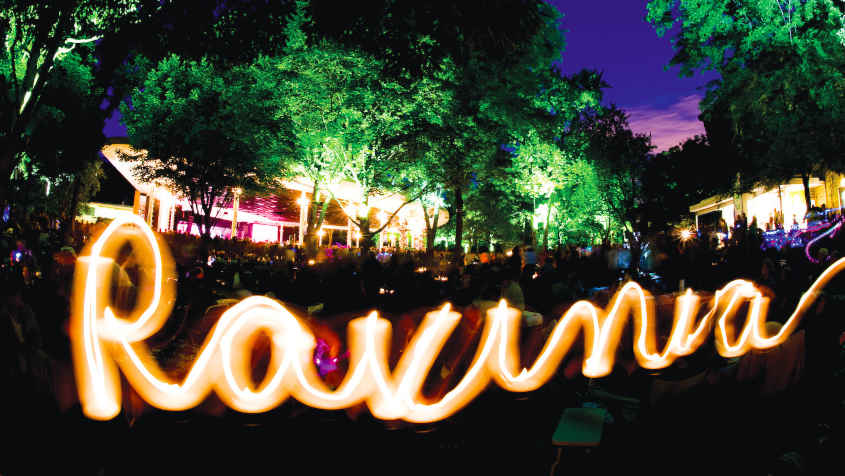 The summer lineup (so far; stay tuned for additional announcements through the summer) will include 64 performances between July 1 and September 26 and marks the 85th concert season in the history of the oldest outdoor music festival in the country.

“More than ever before, we look forward to welcoming audiences back to Ravinia,” says Haydon, crediting the reopening to an ongoing community effort that saw the city, local public health authorities, experts from Northwestern Medicine, Ravinia staff, Chicago Symphony Orchestra, donors, volunteer leaders, and artists working creatively to find a path forward. “That has been one of my greatest joys to see everyone come together for that.”

Tickets for 2021 performances will go on sale in two phases, in order to provide flexibility for updated seating protocols and programming in the second half of the season. Tickets for the general public went on sale on Ravinia’s website, ravinia.org, on June 16 for concerts between July 1 and August 15, and will be on sale July 21 for concerts after August 15.

To adhere to currently recommended protocols from the CDC and local authorities, park hours will be shortened prior to show time, concerts will be held without intermission, audience capacity will be reduced, and all public performances will take place outdoors.

Also new this year is an exciting perk for Ravinia patrons that harkens back to the festival’s origins—a partnership with Metra that honors all Ravinia tickets as train fare on the Union Pacific North Line.

Seating in the Pavilion will be physically distanced and sold in groups of two or four. The South Lawn will provide audiences with pre-reserved, distanced pods for two, four, or six people and will feature a dedicated screen showing the live video feed of the stage. The North Lawn will have a reduced capacity of general admission access with first-come, first-served seating.

And while the summer season is slightly shorter this year, the schedule continues to represent the range of musical genres for which the festival has earned renown—all while maintaining its commitment to classical music of all kinds, including the annual six-week residency by the Chicago Symphony Orchestra.

In keeping with its signature mix of offerings, the 2021 lineup also features artists ranging from jazz, Broadway, and American Songbook to folk/bluegrass/roots and popular music. Headliners include such artists as Ziggy Marley, King Crimson and The Zappa Band, Blind Boys of Alabama, and the Indigo Girls with Ani DiFranco. The Joffrey Ballet also returns to the festival for the first time in more than a decade.

“Ravinia is a place to fall in love with music of all kinds—a place where an artist can come in and do a program that’s really special,” says Haydon, explaining that the schedule will only expand from here as the summer continues. “When you look at what Tony Bennett and Lady Gaga have done at Ravinia, those were special moments. I look forward to building more of those moments and continuing to create a place where artists can do something that’s close to their hearts.”

To reserve a seat, review the latest schedule, or get more information, visit ravinia.org.