Harriet Levy’s late father, Irwin, loved the outdoors. Mountain air invigorated him, and the subtle scent of the ocean soothed him. A beautiful sunset, anywhere, prompted him to search for a young Harriet and tell her, “Look at that.”

Irwin’s daughter was outdoors decades ago, sitting at an old picnic table outside Boston, when she essentially discovered her mission in life. But Harriet—a student at nearby Northeastern University at the time—was laser-focused on her table mate that day, not on the backdrop of nature.

The 20-year-old special education/elementary education double major conversed at length with a 30-something woman with a developmental disability.

“We just … talked,” says Levy, who exudes more positivity than the members of a jam-packed Optimist Club do. “She told me what was important to her, and I shared what was important to me. We had meaningful conversations. I loved interacting with her. I felt a strong human connection throughout the visit. I’d planned programs and activities for others with developmental disabilities before that day, and I found them to be lovely human beings, always happy.

“That wonderful time I had with the woman at the picnic table—that stuck with me.”

Also inseparable: Harriet Levy and the Riverwoods-based Center for Enriched Living (CEL), which exists so that people with developmental disabilities can be fully included in the community, achieve personal success, and enjoy a good quality of life. She is in her 17th year as CEO of the agency. Her tenure as CEL’s director of development lasted 16 years.

CEL is a leader in providing a wide variety of social, recreational, and enrichment programs seven days a week for people (from teens to seniors) of all abilities.

“We’re able to do what we do because we have a talented, energetic board of directors, along with a dedicated staff,” says Levy, an Evanston resident. “My leadership style? I throw out ideas and let my staff run with them; we’re collaborative. I’m surrounded by brilliant people.”

Not so dazzling is where the State of Illinois ranks nationally—48th, in support for people with developmental disabilities.

“Appalling,” Levy says of the nearcellar-dwelling standing. “The Center for Enriched Living and other organizations out there are addressing it. What can’t continue is what’s happening too often to people with developmental disabilities as soon as they turn 22, when programs and funding for them suddenly stop. It’s as if these valuable, contributing members of community had fallen off a cliff.” 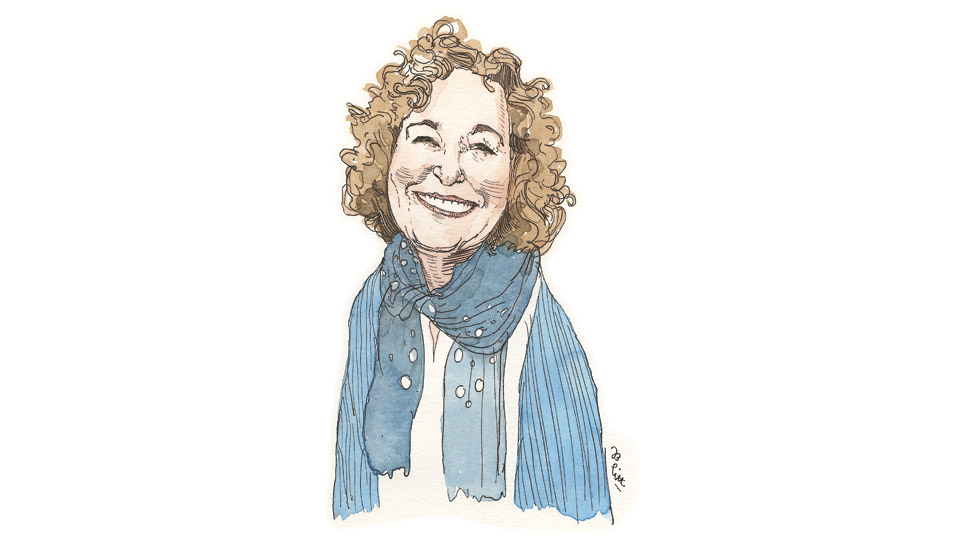 But CEL has heart and continues to serve as a reliable safety net. Five years ago, it started an Employment Program and began working closely with local businesses to tackle the frighteningly high unem – ployment rate of 85 percent among adults with development disabilities. CEL’s Career Center remained operational during the pandemic, and Levy and her staff established a Pandemic Pals Program in which volunteers sent thousands of cheery letters to cooped-up CEL members. The clear message to each human letter opener: Yes, you’re isolated now, but we haven’t forgotten about you, and we can’t wait to see you again.

CEL’s REACH Adult Day Program is a year-round plan of action that provides members the chance to learn, make new friends, and succeed, all while having meaningful experiences throughout the day.

“So much of what we do is about social enrichment and reaching for success,” Levy says. “We strive for people with development disabilities to enjoy an enriched lifestyle through learning and having fun. Life skills, social skills, cooking, and learning about nutrition—they’re all critical. Our organization started as one for children.

In 1968 young mothers looking for opportunities for their children with developmental disabilities approached Lynne Albanese, a social worker at the Deborah Boys Club in the Chicago neighborhood Albany Park. Social services for these children did not exist at the time. Albanese saw to it that the children were accepted to the club. More parents of children with developmental disabilities sought a similar outlet for their children.

Albanese and the Young Men’s Jewish Council then created a Sunday afternoon social enrichment program for children with developmental disabilities, paving the way to the formation of the Center for Enriched Living. Albanese handled CEL’s reins before handing them off to Levy in 2004.

“Lynne is kind, funny, everyone’s friend,” says Levy, who worked for the Young Men’s Jewish Council as its director of development before landing her first position at CEL 33 years ago. “When you’re around Lynne, there’s a lot of laughter. She built quite a leadership team, with all of its people believing in the possibilities of people with development disabilities. We loved doing the work.

“We loved doing what we could to remove barriers that prevented the best life for people with disabilities.

” Levy spent the first 17 years of her life in New York. She attended Lawrence High School, located “in the shadow of JFK Airport,” she says. Irwin Levy and his wife, the late Toby, a fashion consultant and PR professional, made sure a family dinner always included a melodious side of classical music playing in the background.

“I had a great appreciation for the arts, thanks to my parents,” says Levy, the wife of dentist Al Roseroot and the mother of the couple’s daughters, 38-year-old Cassie and 35-year-old Mollie, an artist living in Logan Square. Grandson Owen—the son of Cassie and Tony Spano—was born in January 2020.

Harriet first met Al when Al, a native of Rogers Park, was attending Tufts University School of Dental Medicine in Boston. They got married 45 years ago. Harriet took a job as an editorial assistant on the East Coast before moving to the Chicago area and working briefly in PR. Her gig with the Young Men’s Jewish Council kick-started her estimable career in service to others.

“My husband loves the work I do, and he’s proud of me,” Levy says. “He’s loving, kind, so sweet to me, thoughtful. We have a great friendship. And he’s a family person. He’s also a wonderful dentist. Loves being a dentist.

The Center for Enriched Living (CEL), 847- 948-7001, is located at 280 Saunders Road in Riverwoods. For more information, and for anyone interested in registering for CEL programs, visit centerforenrichedliving.org