“I’m a city kid,” says Jim Coleman, Accenture’s Senior Managing Director for Chicago. He grew up on Chicago’s North Side and spent his summers working as a lifeguard for the Chicago Park District.

“My parents taught me about the value of education, hard work, and family,” he recalls, explaining that his mother taught nursing at North Park College and his father was a special agent for the IRS. He attended St. Hilary School, then, following in his dad’s footsteps, he went to Loyola Academy in Wilmette.

In 1988, after four intense years at Purdue under his belt, he graduated with a degree in Industrial Engineering. 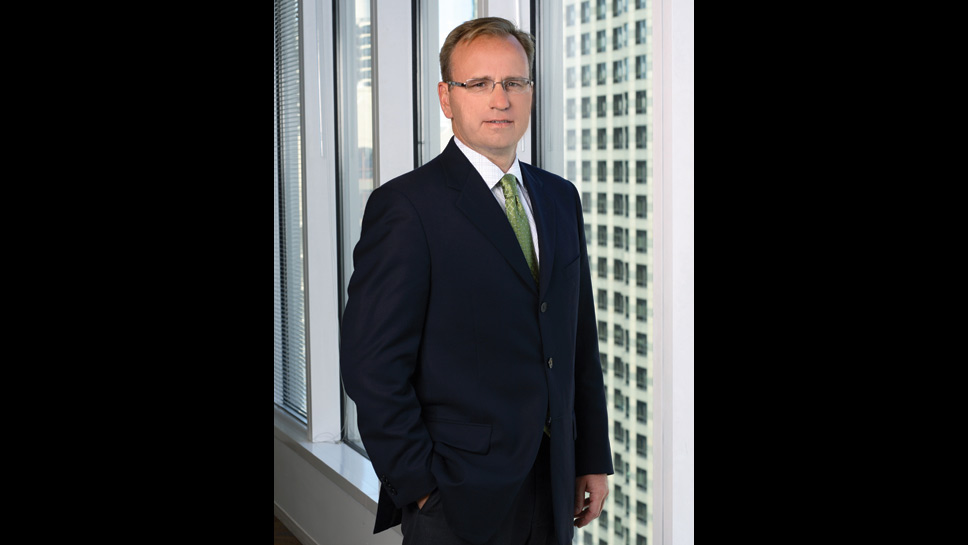 “I had a number of interesting opportunities after graduation. But coming home to Chicago felt right. Joining Arthur Andersen (ultimately, Accenture) a firm founded here, was the icing on the cake.”

Coleman rose through the ranks as a consultant, working in the Strategic Services practice area before starting to lead various segments of the consulting company’s business. He prides himself on being a “client guy” and consulting practitioner.

But it wasn’t all work. He met his future wife Cari at Purdue; they married in 1992 and lived in Wrigleyville, renovating a greystone into a single-family home, not far from “The Friendly Confines.” Their son Griffin was born in 1997 and their daughter Kaelyn in 2000. Shortly after that, the family headed out of the city to the suburbs.

Being more of a “city kid,” he and his wife headed to the suburbs with the agreement that if they didn’t like the lifestyle, they’d move right back to Chicago. More than two decades later, they’re happily ensconced, having enjoyed all that living on the North Shore has offered. Their children have grown: Griffin will graduate from Loyola University this fall; Kaelyn is a Sophomore at Tulane University.

In 2016, Coleman was asked by Accenture CEO Julie Sweet to take on leadership responsibility for Accenture’s Chicago office, home to more than 6,500 employees and one of Accenture’s largest offices in the world.

While the role, clearly an honor, was an opportunity he wasn’t sure about. Initially.

As he tells the story, Coleman’s “a commercial guy who is focused on clients.” After thoughtful consideration, he was inspired by what the role could offer, not for him, but for the community and for employees, as well as Accenture clients.

“The Office Managing Director role truly opened my eyes to the responsibility that I could have individually and more importantly that our Chicago office could have to support the people of Chicago. I am so grateful for the way we’ve aligned and ignited to make a real difference,” he says. “It was an amazing opportunity and privilege to do this here in a city that is my home.”

In 2016, Coleman attended a leadership breakfast with Mayor Rahm Emanuel hosted by One Million Degrees. During the event, the then-Mayor challenged nearly 80 corporate and civic leaders in the room to consider hiring community college students from City Colleges of Chicago. 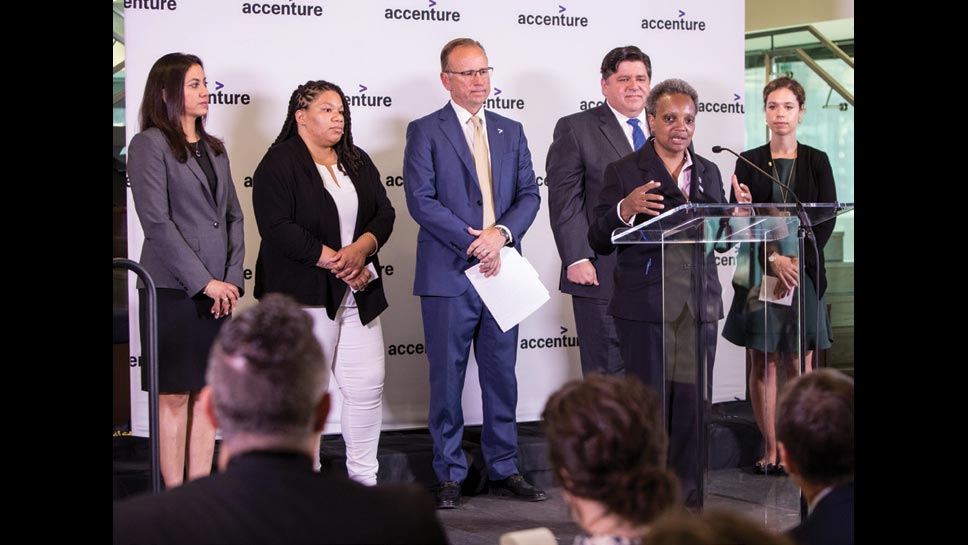 “I was really inspired. I knew we, collectively, could do better,” he recalls.

Apprentices earn a wage during the program and, upon successful completion, have the opportunity to convert to fulltime employment with the sponsoring company.

“Accenture’s apprentice program, in a nutshell, provides greater opportunities to people who haven’t had the opportunity to work in the technology industry and reskill those people whose jobs have been disrupted by technology,” says Coleman. In 2017, Accenture, Aon, and Zurich co-founded the Chicago Apprenticeship Network—partnering with local employers including McDonald’s and Walgreens to jumpstart their professional apprenticeship programs.

In late 2019, Mayor Lightfoot was asked about the program, saying: “The City of Chicago is committed to inclusive growth that ensures the success of a thriving downtown that extends across all of our city’s neighborhoods and communities. We thank Accenture for their continued investment in the City of Chicago, and for their partnership with the City Colleges of Chicago to expand apprenticeships that will unlock new career opportunities for our city’s students.”

Today, there are nearly 1,000 apprenticeships across more than 50 employers, with plans to continue to grow the program in Chicago and in six additional cities throughout the country.

“While it has been very rewarding overall, there are some apprentices whom I’ve been lucky to get to know on a personal level,” says Coleman. “One woman, a single mother, became an Apprentice at Accenture several years ago. Today, she is an Application Development Analyst and is making a meaningful contribution to our business. She’s also become a friend to me, and to our family.”

As her children were playing at a barbecue the company hosted not too long ago, he watched in awe of what a great mom she is and how this program gave her a life-changing opportunity.

“Seeing the desire and impact that our employees have had in helping others has been the most rewarding part of my role,” Coleman adds. “As Daniel Burnham said, make no small plans. When people at companies like Accenture, Aon, and Zurich work together, we can accomplish amazing things, making our city a better place to live and work.”