In 2002, Chicago-based fine artist Erin Minckley lived in Morocco, studying abroad for her dual undergraduate degree in Art and Middle Eastern studies. She had dreams of one day working for National Geographic as a travel photojournalist, all in the pursuit of exploring untapped and misunderstood world cultures.

During her time in the country, she learned to speak Arabic and, post-college, she returned to Morocco as a summer chaperone for students enrolled in her high school travel art program. It was then that she met her now exhusband, a native Moroccan, and began a long-distance love affair spanning the globe.

“Going back and forth became part of my life,” says Minckley. “But we eventually moved to Chicago, so I could attend graduate school at the School of the Art Institute, SAIC.

Being married to an Arab Muslim man post-9/11 made me feel like I had to defend and stand up for people who were victims of prejudice. 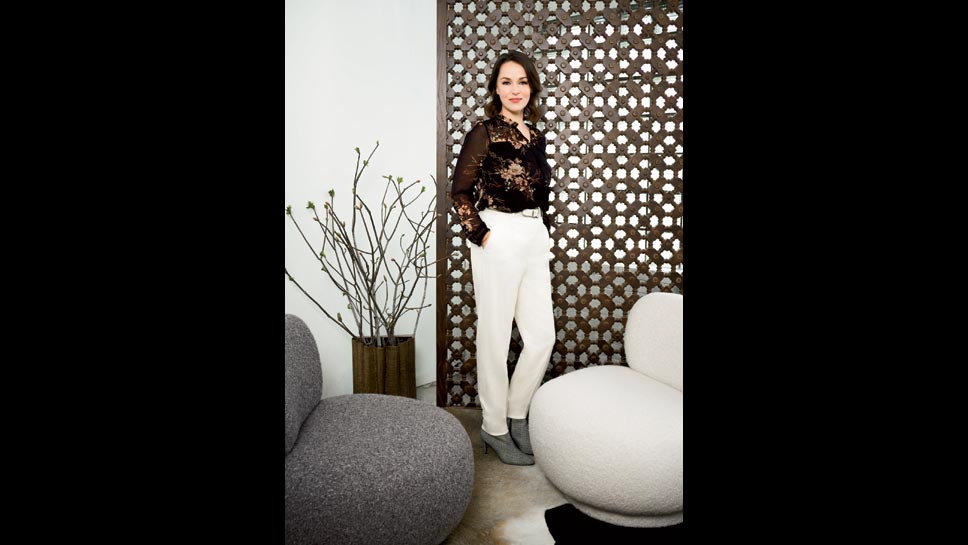 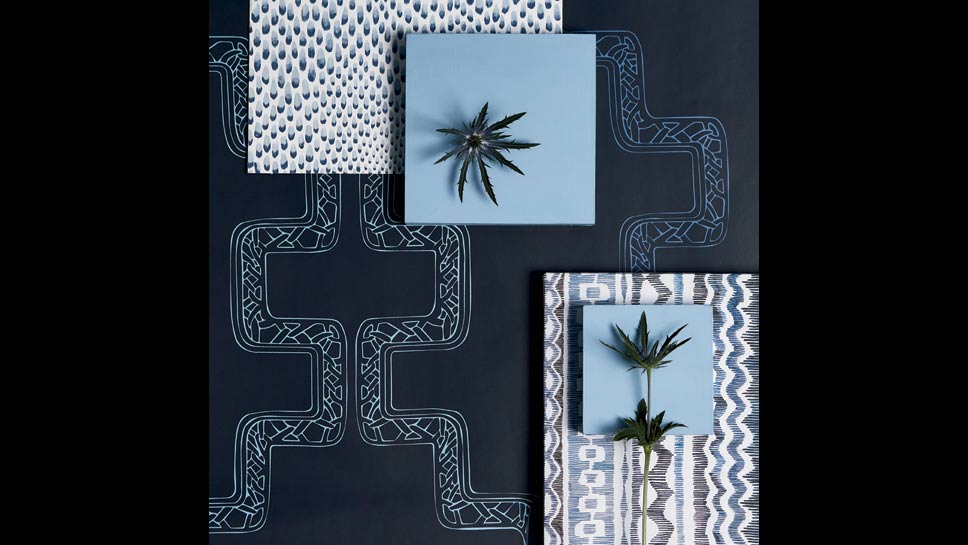 I learned to process those thoughts through my artwork.” At the time, Minckley was creating large scale sculptures from printed fabrics. 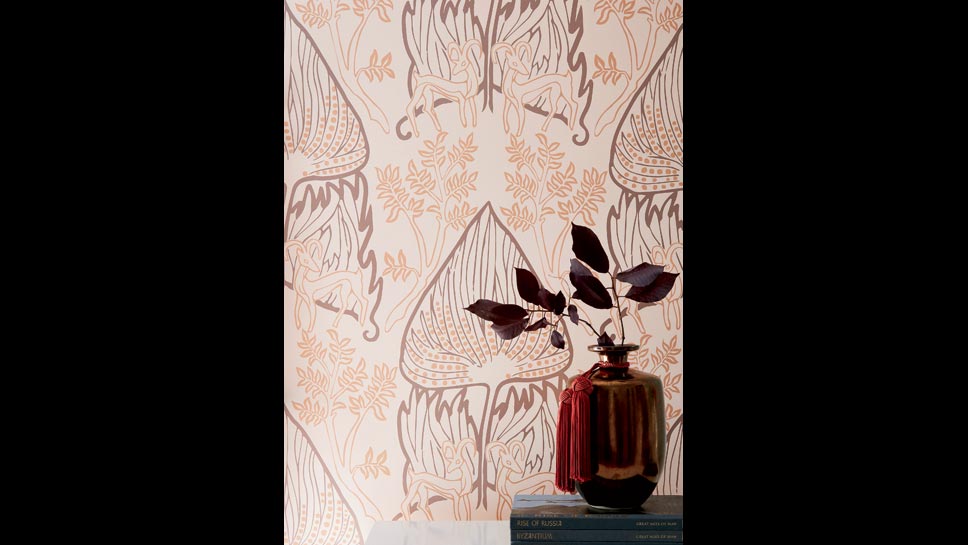 Minckley herself grew up in a predominantly Mormon culture in Salt Lake City, Utah, to which she and her family did not belong. The experience, she says, formed the foundation for her curiosity and empathy for those separate from a larger culture.

“Salt Lake City is a very homogeneous place without a lot of cultural or religious diversity,” she says. “I fell in love with the idea of cultural translation and felt like Americans could benefit from positive reinforcement about foreign ideology.”

With that idea in the back of her mind, Minckley graduated from the SAIC in 2012 with her MFA in Fiber and Materials Studies and began working as part-time faculty at the School. Not making much money, she says, she took on a few other jobs.

“I picked up a position with a wallpaper manufacturer and learned the ins and outs of where paper is sourced, how to dropship, and, really, how to run a company,” says Minckley. “I started mulling the idea of starting my own wallpaper business and printed one design. I was raising two kids by then and working three jobs, so creating a brand was not necessarily an easy option.”

That’s what happened, though. Minckley installed her wallpaper design for a local art show, where she was paired with painter Allison Reimus, who fell in love with the pattern and requested a different colorway for her baby’s nursery. The nursery went viral on the blog Project Nursery, and Minckley became inundated with requests. “I understood then that there was a demand for what I had created. I went to work building a website, an Instagram account, and made business cards.”

Burnt out, Minckley soon quit her jobs to go all-in on Relativity Textiles in 2015, named for her initials EMC, which are also a moniker for Albert Einstein’s theory of relativity.

“I started a 60-day Kickstarter campaign to raise money with a goal of $20,000,” she explains. “Within the first 50 days, we were fully funded. Even my third-grade teacher donated $25. I had bought into the idea, for so long, that artists were always going to struggle, and Kickstarter was the turning point when I started to actually believe in myself.”

Her drawings and hand painted artworks are the basis for each durable and ecofriendly design, mostly screenprinted by hand like the globally inspired motifs with cultural narratives that span the globe. Connecting foreign cultures by way of wallpaper motivates Minckley to pay homage to the craftsmen and women of the world. It connects homeowners in America with people from other places, symbolically.

With the Kickstarter investment, Minckley bought supplies, created packaging, and printed enough paper to create 1,000 sample books. She distributed the books the old-fashioned way: Door-to-door and arranged “lunch and learn” meetings with local interior design firms. Once she participated in the Lake Forest Showhouse, Minckley says interior designers started to view her as a serious player. 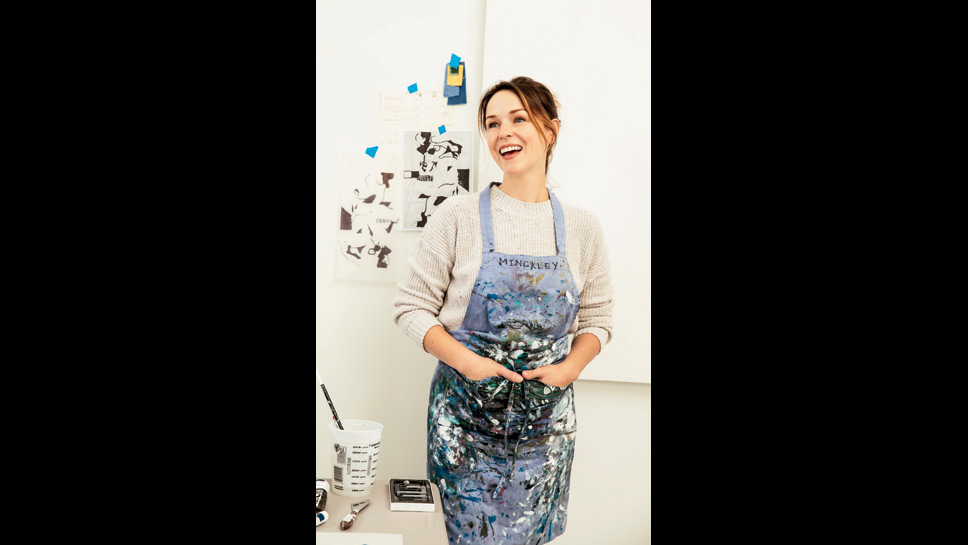 But six years in, there have been struggles, too. 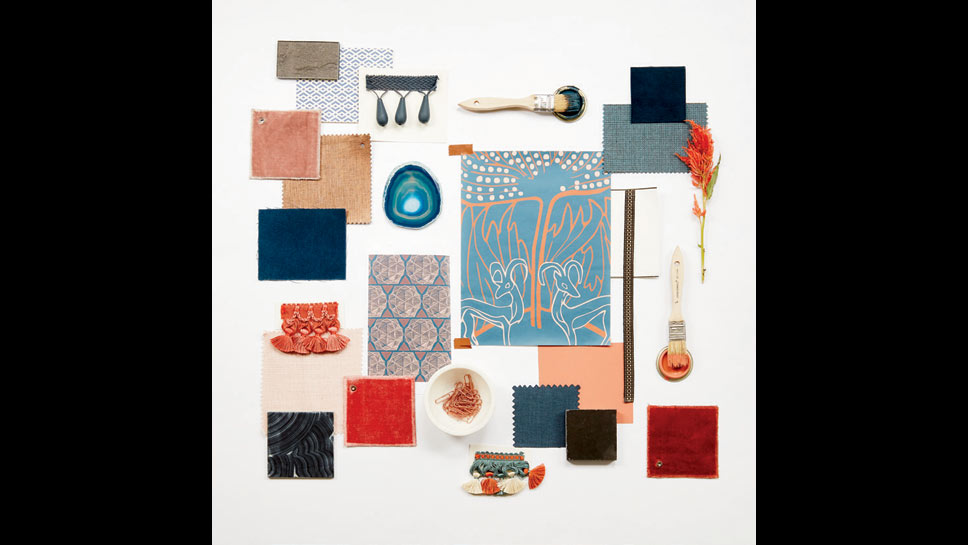 “My ten-year marriage fell apart when I became successful,” says Minckley. “He didn’t support me in my dreams and didn’t understand what I was trying to do. I’ve been a single mom of two for five years now so when COVID hit and I got the call that it was the last day of school, I thought life was coming to an end. But I’ve learned you have to be resilient. Anything is possible if you can first tackle your mindset.” Minckley set out to write a book in early 2020 as a way to tell her story and help others overcome the starving artist mentality. In Artists Who Thrive, she recounts her journey and gives advice for creatives to become the CEO of their own lives. She has since indie published the book on Amazon and started a podcast bearing the same name. 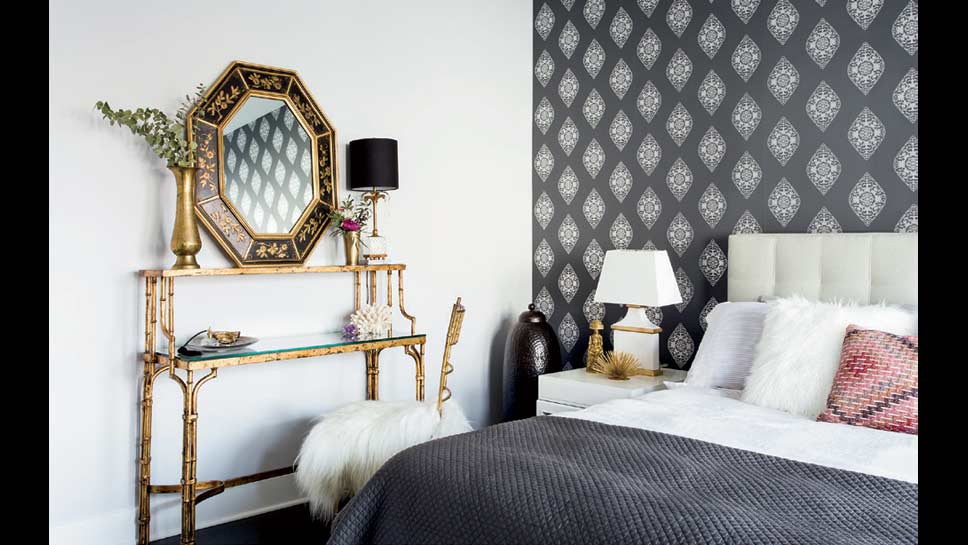 Last year, Relativity Textiles broke $250,000 in sales, and Minckley has seen revenue double every year for four years. In fact, the pandemic, it seems, created even more demand for beautiful wallpaper to spruce up the four walls people stare at while home every day. 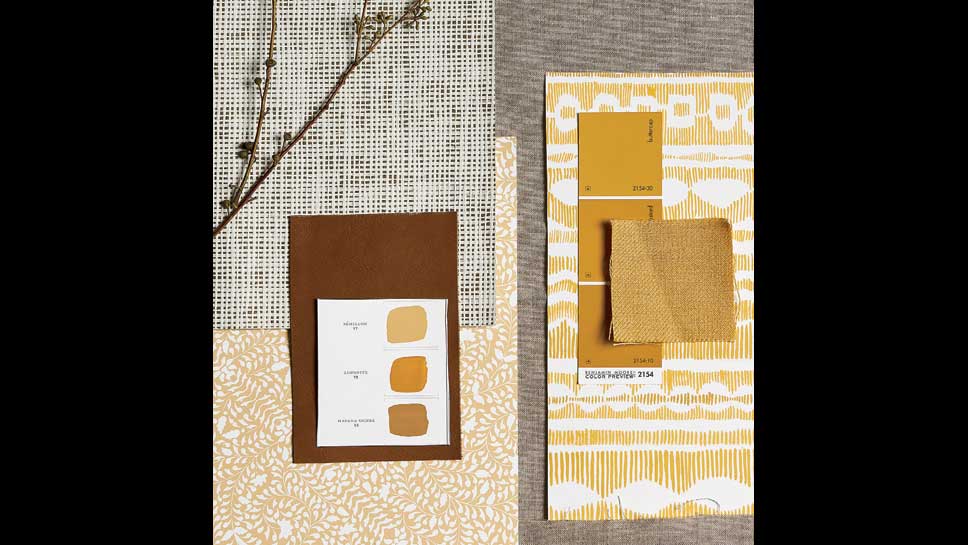 ome every day. “When I die, I don’t want it to say ‘wallpaper lady’ on my tombstone,” says Minckley. “I want it to say ‘artist who changed everyone’s point of view.’ I use wallpaper as a way to share my message and wrote a book to help artists like me have a breakthrough and find financial freedom. Any artist can do what I did. Take your creative magic and find a way to share it with the world. Better yet, scale it to be profitable.” Words to live by.