This Sunday, on Mother’s Day, Connie Dornan expects three of the men in her life—husband Marc and their two sons, Michael and George—to make her a big brunch at home. The feast will include three musts: feta, olives, and tomatoes.

“I’m Greek,” the funny and delightfully forthright Dornan, an @properties broker in her hometown of Glenview since 2013, says. “They know what I like to eat.

“I’m also expecting them to be nice to me all day.”

For the entire month of April—Autism Awareness Month—Dornan donated money for each home she sold to the Autistic Self Advocacy Network (ASAN).

“I want my son to be able to advocate for himself as best as he can,” Dornan says. “He’s not an autistic savant, and he’s not developmentally delayed; he’s somewhere in the middle. He’s getting up there in age, ready and eager to enter the job world, and his needs are changing. He doesn’t want his mom holding his hand all the time.

“I recently discovered the Autistic Self Advocacy Network, while doing some research. It’s such a wonderful organization.”

ASAN is a nonprofit, headquartered in Washington, D.C., run by and for autistic people. It was created to serve as a national grassroots disability rights organization for the autistic community, advocating for systems change and ensuring that the voices of autistic people are heard in policy debates and the halls of power. ASAN believes that the goal of autism advocacy should be a world in which autistic people enjoy equal access, rights, and opportunities.

ASAN’s members and supporters include autistic adults and youth, cross disability advocates, and nonautistic family members, professionals, educators, and friends. Staffers at ASAN have no idea they’ll receive a generous donation from Dornan sometime this month.

“I’ll surprise them,” she says.

Among the early realities of motherhood for Dornan was realizing the hankering she had for a certain meal didn’t mean her boys would automatically love the food, too. But the joys of motherhood are too numerous to count for Dornan.

“I can’t imagine my life without him.”

The couple’s younger son, 18-yearold George, is a senior at Glenbrook South High School and a future economics major at Cornell University in Ithaca, New York. He was named an Illinois State Scholar. 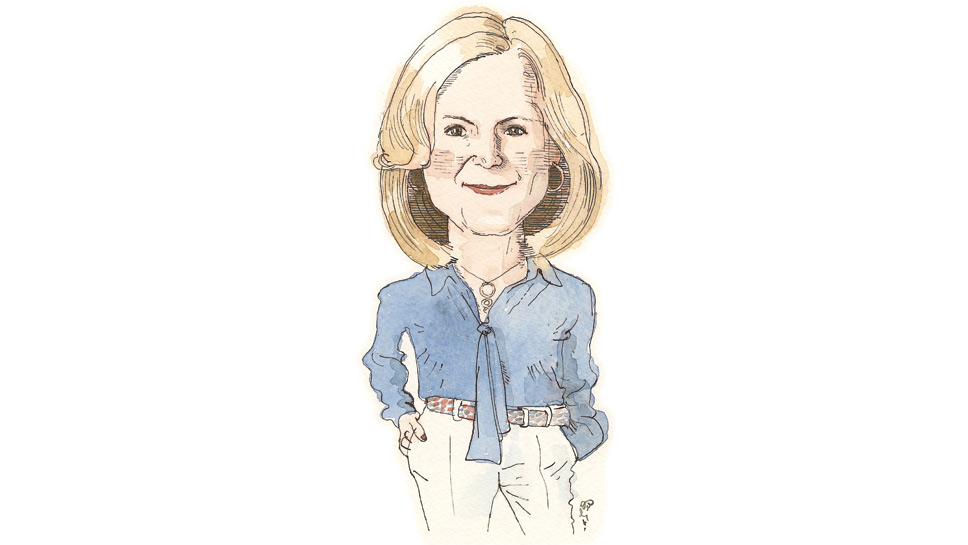 “I’ve learned so much from both of my kids. It’s been a privilege to be their mother. They’re my darkness and my light, my everything, my motivation.”

The other major man in Dornan’s life is her father, George Pappas, who lives in Northbrook with his wife, Maria. Natives of Greece, they arrived in the United States “with nothing,” Connie says, and raised two daughters. George worked in the produce business and turned nothing into something.

A pivotal moment in Connie’s life occurred after she informed her father that she’d like to take a fencing class. He had an entirely different class in mind, urging Connie to sign up for a real estate class instead.

“My father told me, ‘You’d be good at that,’”Dornan calls. “So I took a real estate class in Glenview.”

Connie Dornan surpassed $500 million in career residential sales this year. From 2014- 2020 she was a Top 1 percent individual broker in the North Shore and in Cook County. The monthly newsletter RealTrends recognized the Regina Dominican High School graduate as a Top 1 percent broker in Illinois from 2015-2020. And Crain’s Chicago Business named Dornan a Notable Residential Real Estate Broker in 2018 and 2019.

“Taking a fencing class is still on my bucket list,” Dornan, laughing, says. “Whenever I see fencers competing on TV, it’s pure artistry.

“You have to start at the bottom if you want to be successful at anything, and that’s what I did in real estate,” she adds. “I made sure I knew and understood everything about the process and about the people in the industry. Especially the people. It was important to me to know exactly what an administrative assistant does.”

The welcoming, communal environment at @properties allowed Dornan to make a smooth transition at the agency.

“I wanted clarity about something early on at @properties, so guess what I did?” recalls the award-winning pianist in her youth. “I called up (@properties co-founders) Thad Wong and Mike Golden. They answered their phones; they listened to me. They walked me through a process, and I got clarity—in five minutes. When people think of a real estate company, they often believe it’s super competitive and not collaborative. That’s not the case at @properties. I’ve always felt a part of a team, of a community, at our office in Glenview.”

One of Connie’s first dates with Marc, who was born in Belfast, was taking in a Chicago Symphony Orchestra concert at Grant Park. An item inside the basket Marc had prepared for the evening: a jar of olives.

“My husband has the patience of a saint,” says Dornan, who will celebrate her 25th wedding anniversary on October 27. “He’s my biggest fan, my biggest supporter, my best friend, my sounding board. He’s also the funniest and most intelligent man I’ve ever met. You want to know the secret to a great marriage? It’s humor.

“We laugh all the time.”

Visit autisticadvocacy.org for more information about Autistic Self Advocacy Network.