Ida Mollenhauer was 54 when she was diagnosed with pancreatic cancer in 2014.

A self-taught chef, she eventually lost what all chefs hold dear—the sense of taste.

Cancer claimed her 42 days after the diagnosis.

Mr. Mollenhauer, of Evanston, turned to the Cancer Wellness Center (CWC) for support after the loss. The rapid subtraction of a loved one from the former accountant’s life did a number on him.

CWC, based in Northbrook, picked up the pieces and placed Art Mollenhauer on the path to becoming whole again.

“The Cancer Wellness Center is not just clinical,” says the 62-year-old, now a member of CWC’s Board of Directors. “It also does a tremendous job of meeting the needs of cancer patients’ family members. It provides grief counseling, offers the best ways to manage stress, and addresses important issues related to diet and nutrition. It does all of that and more.

“Cancer,” he adds, “also takes a toll on the loved ones of cancer victims.”

Founded in Skokie in 1989, CWC established itself as a reliable source of information and support for cancer survivors and others living with cancer. It seeks to improve the emotional and physical well-being of people affected by cancer.

“In order to address both the physical and emotional components of distress,” CWC’s website states, “the Cancer Wellness Center provides evidencebased programs and services designed to educate participants, develop their coping strategies, and strengthen their support network.”

Mollenhauer and hundreds of others plan to partake in the 2021 Stepping Up To Wellness Republic Bank Virtual Run/Walk supporting CWC on April 25. The goal is to raise $160,000—funds to ensure that CWC can continue to offer its invaluable services free of charge.

“It’ll be super organized, like it is every year,” Mollenhauer says. “And it’ll be run efficiently, as always. Everything is run efficiently at the center. (Executive Director) Nancy Bulzoni does an incredible job as a leader at the Cancer Wellness Center. I’ve always been a big believer in philanthropy and felt there are many organizations with fantastic missions.”

One such organization, back in 2005, was Big Brothers Big Sisters (BBBS) of Metropolitan Chicago. Its mission: “To create and support one-on-one mentoring relationships to ignite the power and promise of youth.” A longtime employee of American Hospital Supply Corp. (later Baxter Travenol Laboratories) and a volunteer mentor for BBBS’s Lake County affiliate, Mollenhauer answered the call to serve BBBS of Metropolitan Chicago as its executive director at age 48.

“Everybody thought I’d be there for a year and then jump back into the corporate world,” says Mollenhauer, who majored in accounting at Eastern Illinois University in Charleston and later earned his MBA (in the executive program, in 2000) at Northwestern University’s Kellogg School of Management.

Mollenhauer ended up staying at BBBS of Metropolitan Chicago for 11 years. 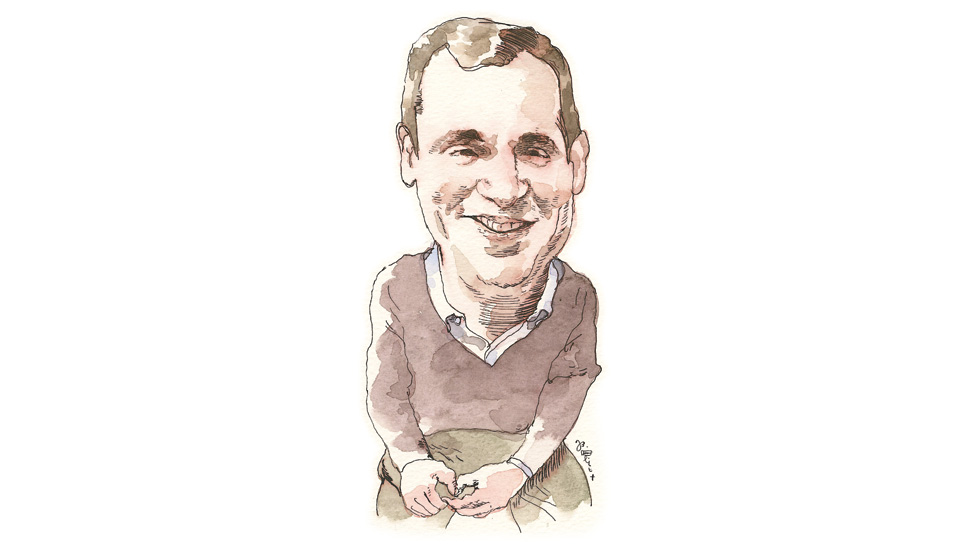 “The organization was struggling when I decided I wanted to run a nonprofit,” he says. “Frankly, it was not well run. My approach, right after I got hired, was to devise a good strategy and then do my due diligence. My first day, I talked to everyone affiliated with the Big Brothers Big Sisters in Chicago. I had all this business background, and I wanted to use it to help an organization that advocated one of my passions—mentoring.

“Mentoring,” Mollenhauer adds, “is a gift many of us can give. Mentoring done well can be such a benefit.”

The vision at Big Brothers Big Sisters: “That all youth achieve their full potential.” The oldest and most respected mentoring organization in the United States, BBBS nurtures children, strengthens communities, and believes that “inherent in every child is the ability to succeed and thrive in life.”

Mollenhauer grew up in a household of six, with exactly one bathroom. Cooperation and patience reigned under the roof. Mollenhauer’s father, also named Art, and mother, Dolores, raised three boys and a girl on Chicago’s South Side and in Berwyn, where Art, the son, attended Morton West High School. He started as a center in basketball and high-jumped for the Falcons’ track and field teams.

But good grades and earned paychecks came before swishes and leaps in high school. Mollenhauer worked as a sales associate at a Gap in Chicago and once caught a teen attempting to steal 24 pairs of jeans. During summers he toiled as a custodian at city high schools.

“A basketball coach in high school suggested I try some of the business classes at Morton West,” Mollenhauer says. “So I took accounting and finance, and I developed a love for both. I’m a orderly person; I like a financial system of checks and balances.”

A game of pickup basketball after his EIU years led to a internship at the accounting company Arthur Andersen, and that led to the start of his 24-year career at American Hospital Supply Corp./Baxter Travenol Laboratories. Mollenhauer tipped off his AHS tenure as an employee in the internal audit department. Right around halftime of his time there he pivoted from a finance/accounting position to a general management post.

His three-year CFO stint in Italy allowed him to bask in the palpable excitement of the 1990 World Cup, hosted by Rome. Mollenhauer worked in an office across the street from the home stadium of the Italian professional club Roma.

“I knew nothing about soccer then,” Mollenhauer admits. “But that was such a fantastic experience, seeing the crowds of fans and the competition’s pageantry.”

It’s critical to have Art Mollenhauer around, too. As a mentor. As a generous donor.

As a good man.