USO Illinois will mark its 80th year of service to members of the United States Military with a fundraiser at Northbrook Sports Club. The first annual USO Sporting Clay Classic will be held June 18 and will raise funds to support the USO’s work throughout the state. It’s the first of what the USO hopes becomes an annual fundraising event.

“USO is congressionally chartered and has been around 80 years, and everything is made possible by our supporters. We looked at the current world we live in and thought one of the best things we could is to have a fundraiser outside in a healthy sporting type of environment,” says Christopher Schmidt, Executive Director of USO Illinois. “We have a lot of outdoorsman who have always been there supporting us and so there was a lot of appeal for this event within our ranks of our supporters.”

Since World War II, USO has been an anchor for support for those serving in the United States Military. While the organization is well known publicly for its centers at airports that help service members as they’re moving around, it provides direct services to thousands of troops based at military installations throughout Illinois, including Naval Station Great Lakes on the North Shore.

“We just completed a major renovation of our 15,000 square-foot USO Center at Naval Station Great Lakes, servicing 5,000-plus newly-minted Sailors” Schmidt says. “Everybody who joins the Navy goes to basic training at Naval Station Great Lakes and it’s a privilege to be there for their first experience. They will then carry it forward worldwide wherever they travel.”

In most cases, it’s a sailor’s first time away from home, and as the only nonprofit organization that has a presence on military installations, USO is uniquely positioned to help service members and their families.

“Right here at home it truly strengthens our nation’s military as these young men and women embark upon their service to their nation,” says Schmidt. “We focus on providing programs that range from community and military family programs, and more recently virtual programs, plus the entire spectrum of programmatic services that extend to no-cost meals for service members right at our center at Great Lakes.”

USO also provides no-cost meals to military families at its community center in the off-base military housing complex in North Chicago. It offers targeted programs for military spouses and children as a way to create a sense of community for the loved ones that serve alongside service member in uniform.

Those attending the USO Sporting Clay Classic will provide support for these core USO services and more.

“We’re really proud that we can help bring the military and civilian communities together. To be a supporter of the military or to be a patriot doesn’t mean that you have to have worn the uniform,” Schmidt says. “I think support takes many forms and we’re grateful for that entire spectrum of support.”

Schmidt notes that one percent of all Americans have served in the military and four percent have a family member who has served. USO operations and programs are 100 percent funded through private donors, many of whom are veterans or family of veterans. Veterans are also well represented within USO Illinois’s ranks of more than 700 volunteers. 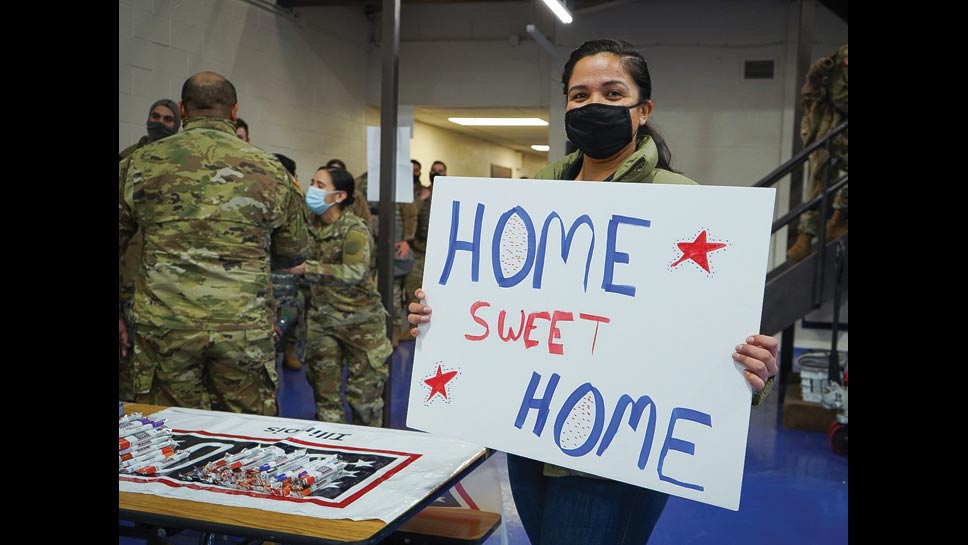 The USO
supports troops
at its Naval
Station Great
Lakes Center
and at military
installations
throughout
Illinois.
Providing
no-cost meals is
one of many
services it offers
to members of
the military

“We have a very robust and engaged group of volunteers who bring our programmatic services to life, and we expect to grow to meet the needs of our services members every year over,” he says. 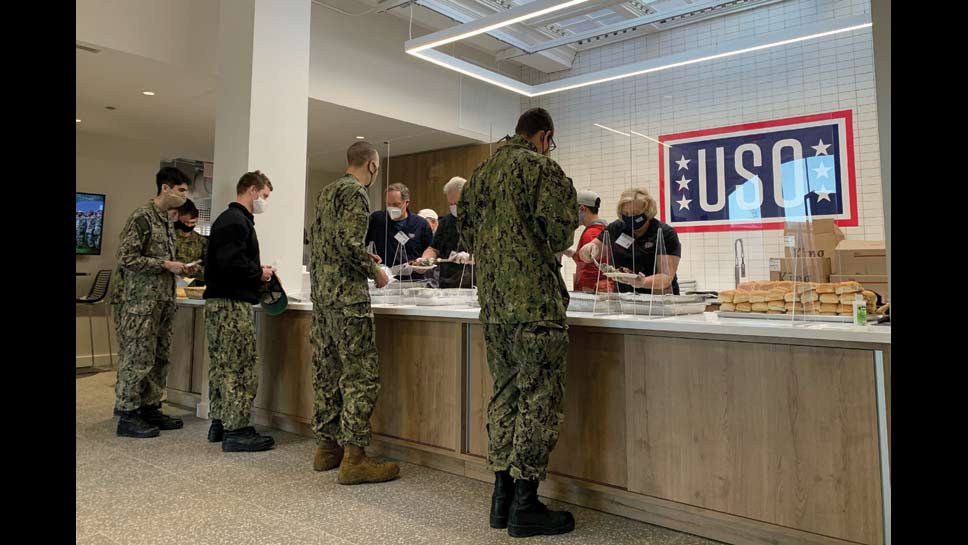 As the COVID-19 pandemic was unfolding last year, USO Illinois began providing drivethrough hot dinners for service members and their families—eventually serving more than 25,000 meals. The help didn’t end there. 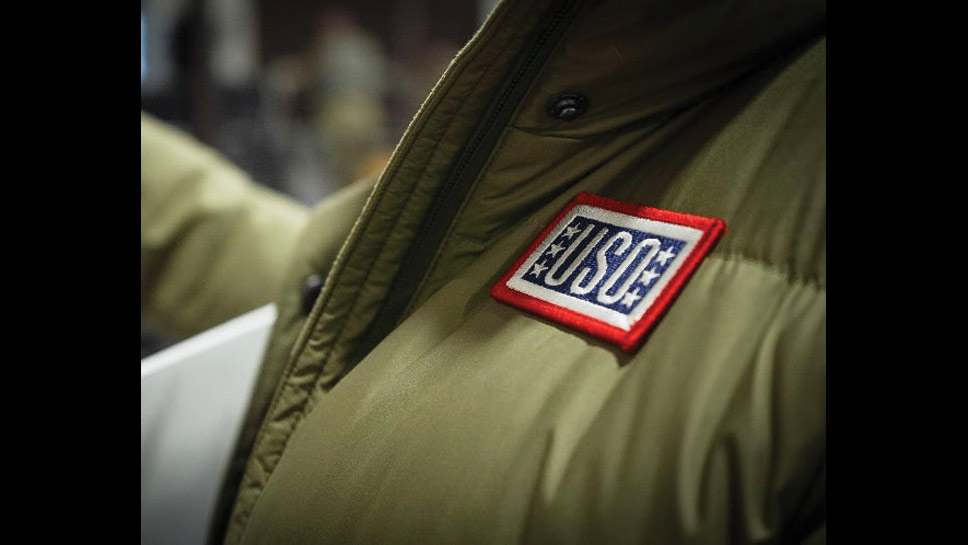 “More than 1,500 active-duty National Guard and Reserve service members are out there every single day away from their family,” Schmidt says. “They’ve been brought on active duty and are deployed across the state to help manage mass vaccination sites for the COVID-19 vaccine.”

Schmidt says that when people hear that service members are making that kind of difference, they realize that even through small donations and sponsorships or showing up at the sporting clay tournament, they can make a difference, too.

“The donations make huge moments possible, allowing us to provide that extra support for our military,” says Schmidt. “Every Young American who aspires to be a sailor in the world’s finest Navy goes to basic training at Naval Station Great Lakes. It’s a huge accomplishment for young men and women who’ve raised their hand in service to our nation.”