Kathy Rafferty looks brilliant in a new blue blazer. With the sun streaming into her Lake Forest Frame & Design Studio, the jacket brightens the blue sparkle in her eyes—and just happens to match twin paintings from artist Amy Pais-Richer that are on special exhibit.

“I just love Amy’s work,” says Rafferty. Cocking her head, she studies the paintings, heads back to her work area, and quickly returns holding three different sections of fine wood framing. Holding them up to the paintings, Rafferty shows how each treatment lends a different finished feeling to the artwork.

“Framing is an art itself,” says Rafferty. “There’s so much to consider—texture, color, the period and style of the work, and then, of course, the personality of the owner, and where they hope to display the piece. Everything can’t go in the living room, you know. Some things you want to wake up to.”

So often, says Rafferty, an artist will put a frame on something just because that’s what they have on hand—whether or not it’s right for the piece. In addition, “I get so many people who come in initially asking for just a black frame with a white mat.” But after consideration?

“They rarely leave with that,” she smiles.

Taking the time to understand clients’ wants and hopes before beginning each framing job is something Rafferty truly enjoys. “I love what I do and I’m very, very fortunate to have the clientele I have,” she says. “People are so interesting and fun. Everybody has a story, and I really enjoy that. Spending time to learn where they are with the artwork—what the piece I am framing means to them, is so important. They’re taking the time to have something framed because the piece matters to them. I want them to be really happy with the finished work, because that’s what makes a house a home, preserves memories, and shows personality.” 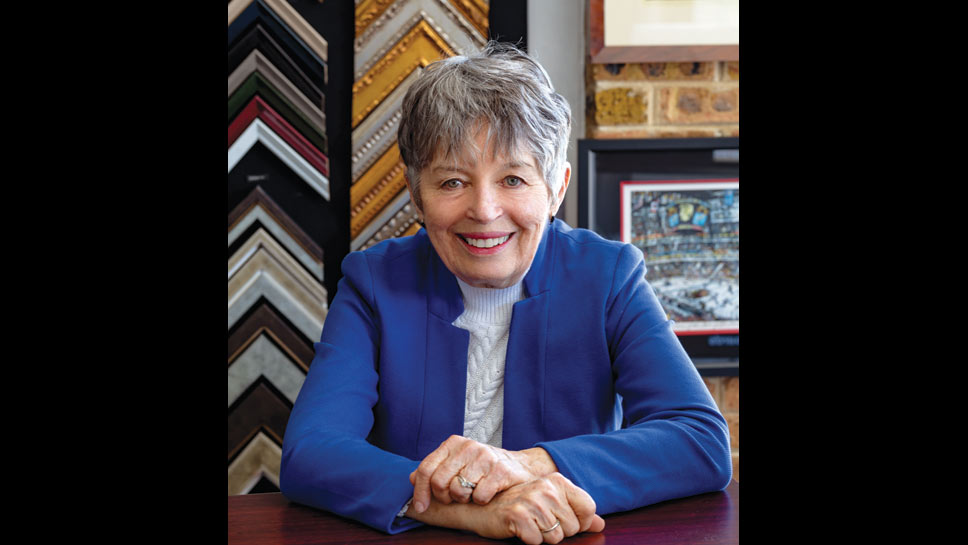 Rafferty signed the lease for her studio on April 1, 2000, after many years as a substitute teacher at area grade schools, and teaching art at Lake Forest High School. Some of Rafferty’s partners in the studio venture have come and gone, but Kathy, who just celebrated her 80th birthday March 3, kept at it, even throughout the pandemic.

“When I think of all that has happened since we started the studio: 9/11, the economic crisis of 2008, and now the pandemic, who knows what’s coming next?” says Rafferty. “But during times of crisis, preserving memories—which is what we do here, becomes so much more important.” 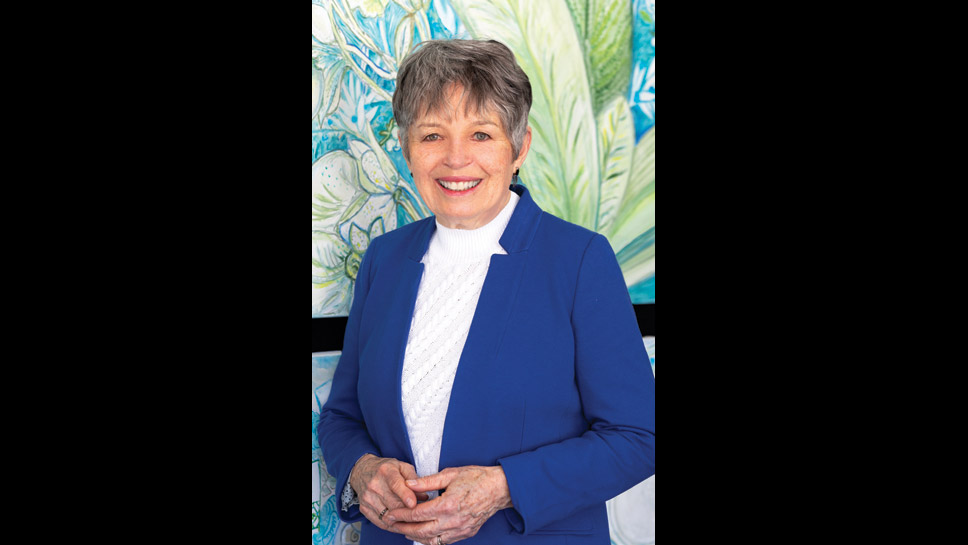 The eldest of longtime Lake Forest alderman Herbert R. Faulk’s eight children, Rafferty grew up in the home her father built on Sheridan Road. She then raised her own family in a house across from West Park where the Lake Forest Day carnival her dad headed was held for decades.

“I have so many good memories of Lake Forest Day,” she smiles. “I did the Tilta-Whirl with all of my grandkids, and I can remember how much my kids used to love to just sit on the curb in front of the house and watch all of the goings on.”

Actively participating in many roles as she raised her children, Rafferty even became a squadron and group commander (she is now a lieutenant colonel) in the Civil Air Patrol—the civilian auxiliary of the U.S. Air Force, as her children participated in CAP’s cadet programs.

But beyond her family, Rafferty’s most enduring passion has been art. “I’ve always had that interest, even as a little girl. I remember the thing I loved most about geography class was coloring in the maps,” she laughs.

Rafferty studied art for two years at Northern University, transferring to Southern Illinois University where she earned her degree.

“Then, when we bought our home in Lake Forest in 1966, the population here was about 10,000. Today, it’s nearing 20,000. And so much has changed,” she says. “It’s nice that they have been able to redo the square, preserving some of the historic character. You hate to see things torn down and replaced with buildings that don’t fit.”

Rafferty points to a house across the street. “You see that little white house?” she asks. “It’s the last one now, but there used to be houses like that all around the block. There’s something to be said for holding on to things like that. It doesn’t mean you can’t have businesses. But doing that thoughtfully in order to preserve the history and character of Lake Forest actually enhances business.”

With that, Rafferty turns to preserve another memory: A return client has brought in an antique tile mosaic for framing. “Now this should be interesting,” Rafferty muses. “…so many possibilities.”