The late Norman Fisher had no problem with his daughter Julie’s plea to wear GUESS jeans in the 1980s.

“Go get them,” he’d tell the youngest of his two daughters. “But you’re going to have to pay for them.”

Julie Fisher was an Evanston Township High School student and, she says, “a ‘Y’ rat at the local McGaw YMCA,” at the time. Norman’s determined, resourceful daughter served as a lifeguard, a swimming instructor, a Camp Echo counselor, and Rec Room desk worker at McGaw.

“I had 9,000 jobs in my youth,” Fisher, 52, recalls. “My father raised me on tough love and lost his New York accent when he moved to Illinois. His best advice to me was, ‘You’ll get anything you want with hard work.’ He’d also tell me,

Julie bought those GUESS jeans all right, with every cent coming from one of her paychecks.

Sturdier than denim and a super fit. Still. Fisher, a principal architect, is a co-founder (with Virginia native Rachel Crowl) of fc STUDIO inc, a multifaceted, Chicago-based architecture and design firm specializing in the hospitality, commercial, and luxury residential sectors with an impressive portfolio that spans North America. It’s known for its architectural prowess and comprehensive services.

“They say in architecture in takes 20 years to find your stride,” Fisher says. “I remember waking up one morning, not long after the 20th anniversary of our company, and realizing I had pursued something I love and stuck with it. Designing had always interested me, but building did, too, during my college years. I took courses in construction management. Being interested that field—that was my way of rebelling.

“We’re a full-service company. At fc STUDIO we’re not just interior designers. We do everything, from the beginning to the end of each project; we’re holistic. And we respect our clients and become friends with them. Women partnerships in business … they’re amazing. My partner, Rachel, is talented and smart and the greatest human on earth.” 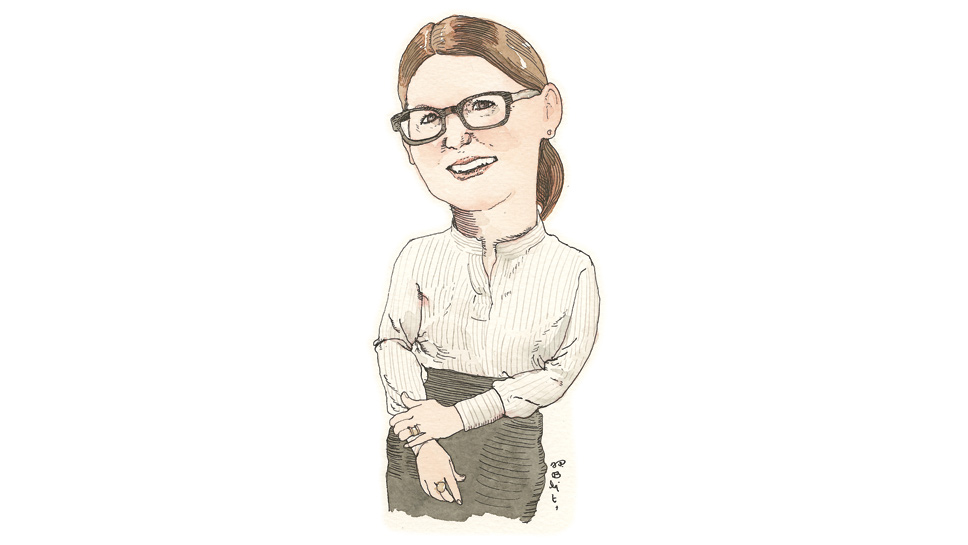 “We’re excited to take on bigger projects,” Fisher says. “We solve problems, and we have the ability to manage clients and their expectations. We’re good at listening to our clients and communicating effectively. I’m chatty and energetic, just like I was in high school; I’m pretty much the same person now as I was at (ETHS), when I was really into graphic design and printed out detention slips for the school’s administration. But if I were to go back and relive my years in high school, I’d be more confident.”

Fisher—a sister of the actor, director, producer, writer, and Academy Award winner Fisher Stevens (born Steven Fisher)—earned a Bachelor of Fine Arts degree at The School of the Art Institute of Chicago and a Master of Architecture degree at the University of Illinois at Chicago.

She was a Presentation Team member for Zaha Hadid in London and served as an adjunct professor at the University of Illinois at Chicago School of Architecture before teaming up with Crowl and attracting clients with fc STUDIO inc’s hallmarks of approachability, innovative design, and attention to detail.

Fisher lives in Evanston with her husband, Highland Park native Jason Rosenthal, and their children: daughter Parker, 17, and son Meyer, a freshman at ETHS. Parker and Meyer are legitimate threats to match the industriousness their mother evinced as a teen. Parker holds down two jobs, and Meyer started his own company, Silver Feather Sticker, which is dedicated to bringing hand-drawn, quality and colorful stickers to customers.

“Both,” Fisher says, “are wildly ambitious.”

Fisher talks with older sister Tracy, of Ravenswood Manor in Chicago, at least three times a day. She’s also super close with her brother, who won the Oscar for Best Documension credits include Columbo, Frasier, Friends, and Law & Order.

“I’d planned three trips to New York to see my brother last year,” Fisher says. “Had to cancel all three because of COVID-19. Heart-wrenching, each time.”

Fisher loves to listen to audiobooks, take long walks along Lake Michigan, travel with family and friends, and hang with her girlfriends.

“I’m a workaholic,” she admits. “I know, I know … that’s a terrible thing. But hard work got me where I am today. My father was all about hard work and stressing the importance of using that trait.

“You have to carve your own path,” Fisher adds.

The architecture and design firm fc STUDIO inc, 312-850-0850, is located at 2545 West Diversey Avenue, Suite 236, in Chicago. It is ACDBE, DBE, and WBE certified. For more information visit fcstudioinc.com.