Like many teens home during the pandemic, New Trier Township High School junior Charlie Olesker found himself doing a lot more dog walking this year. Fresh air romps with Rowdy, the cockapoo his family adopted from a rescue agency six years ago, were a welcome break from the confines of on-screen classes.

But as is always the downside to dog walking, each venture included the unpleasantness of having to carry that little blue bag of doggie doo on the way back.

This got Olesker thinking: There’s gotta be a better way to carry the load. His solution? A handy little leash accessory he invented and dubbed the Poop Loop. Made with a length of parachute cord, a zip-tight cord lock to grip the knotted refuse bag, plus a carabiner clip to attach it to the leash–freeing dogwalkers’ hands, the nifty Poop Loop is now Olesker’s first home business.

Since launching the venture last November, Olesker’s already sold over 200 units, all crafted in his home workshop. With 5 percent of every sale donated to each customer’s choice of five pet charities, he couldn’t be happier with the Poop Loop’s initial reception.

“We are getting social media going and we have an Instagram page now @the.poop.loop, so it’s going pretty well,” he says.

The idea to give a percentage of sales to local pet charities came when Olesker was watching an episode of The Profit, “where they were selling colored watches and donating a percentage of the proceeds to a good cause. I really liked that idea,” he says. “Go – ing through with the 5-5- 5 model , I wanted to pick pet charities, but I wanted each one to be unique and different so that we could help pets in different situations.” 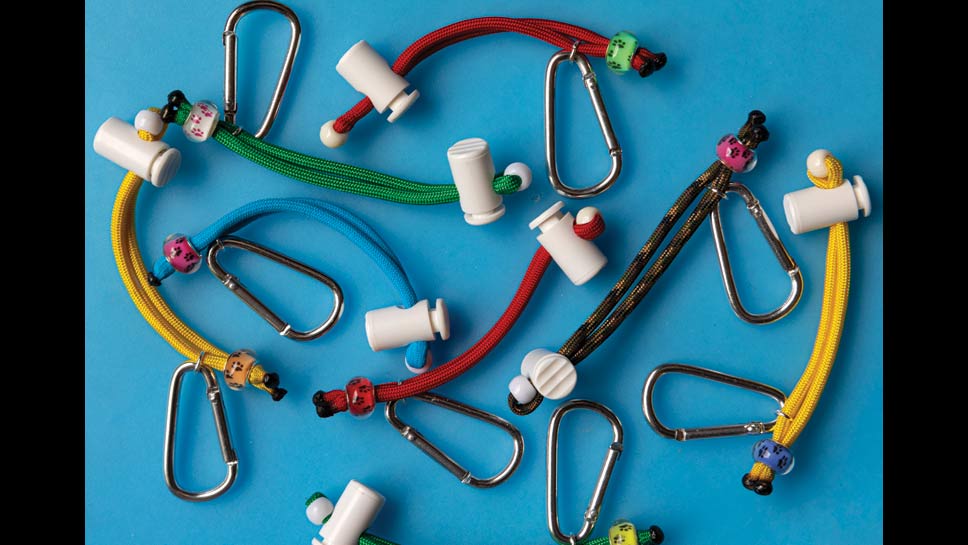 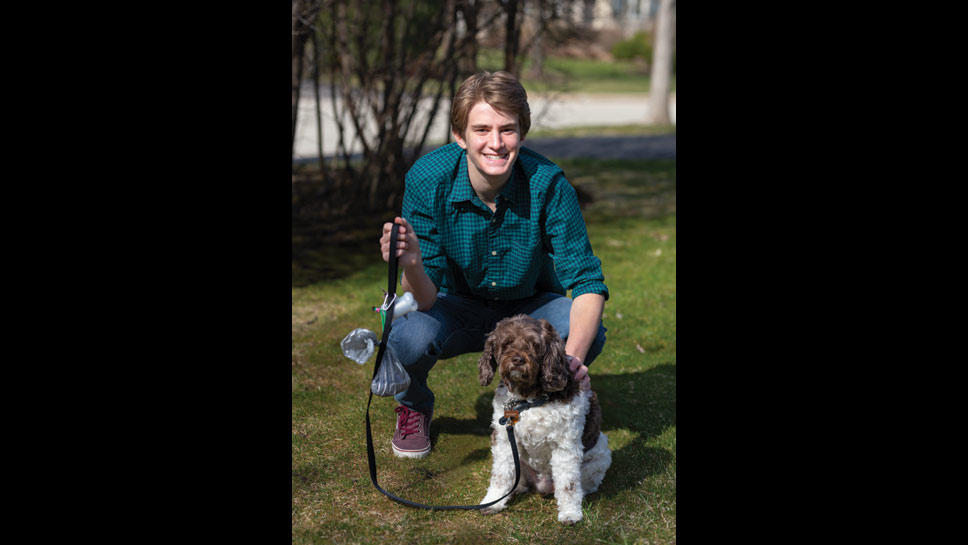 Linking the loops to the supported causes via color coding was a fun product evolution: There are green loops for Paws for Patrick, which pairs emotional support animals with young people who have mental health issues.

Getting the Poop Loop ready for market, Olesker went through several prototypes. Helpful inspiration came from watching his mother Rachel, a jewelry designer, create jewelry throughout his younger years.

“When I first got the idea for the Poop Loop, I started with leather cording and hot glue. It worked, but it didn’t look so great,” Olesker says. “I just kept making prototypes until the loop worked better, looked better and was more durable.” The current version includes a cute, dog paw bead as a little decorative accent.

But the Poop Loop is not Olesker’s first invention. “Charlie’s been inventing things since he was little,” Rachel Olesker laughs, pulling out the “T-Shirt Catcher” Olesker made from tape, foam core and a plastic bag that netted him one of the T-shirts tossed to the crowds at a Bulls game when he was very young.

Nurturing that inventiveness at New Trier, Olesker took “Intro to Business” as a freshman, and the shark-tank-styled “Start-Up U” as a sophomore. The Shampanimals (shampoo bars in animal shapes) he invented last year did well in pitch competitions, winning the Celebrating High School Innovators (CHSI) competition in October of 2019, and putting him in the top five out of 40 entries at the Midwest Pitch Competition at UW Whitewater in February, 2020.

This year, Olesker has the Poop Loop in more contests and the invention is doing well: It’s a finalist in the Illinois Math and Science Academy Power Pitch, a competitor in the Northern Illinois Big Idea Pitch, and is in the Top 50 in CHSI.

Looking ahead, Olesker hopes to grow Poop Loop into a larger business, perhaps finding a manufacturer to take on the production as sales grow. “I’d love to see it go nationwide,” he grins. “Right now, it would even be awesome for me to see somebody in Indiana walking their dog with the Poop Loop on the leash.”

For more info on the Poop Loop leash accessory, or the pet charities it supports, please visit pooploop.biz