He wasn’t alone. More than one-third of U.S. nonprofits are in peril of shuttering within two years because of the financial damage imposed by the coronavirus pandemic, according to a recent study conducted by the research group Candid and the Center for Disaster Philanthropy. 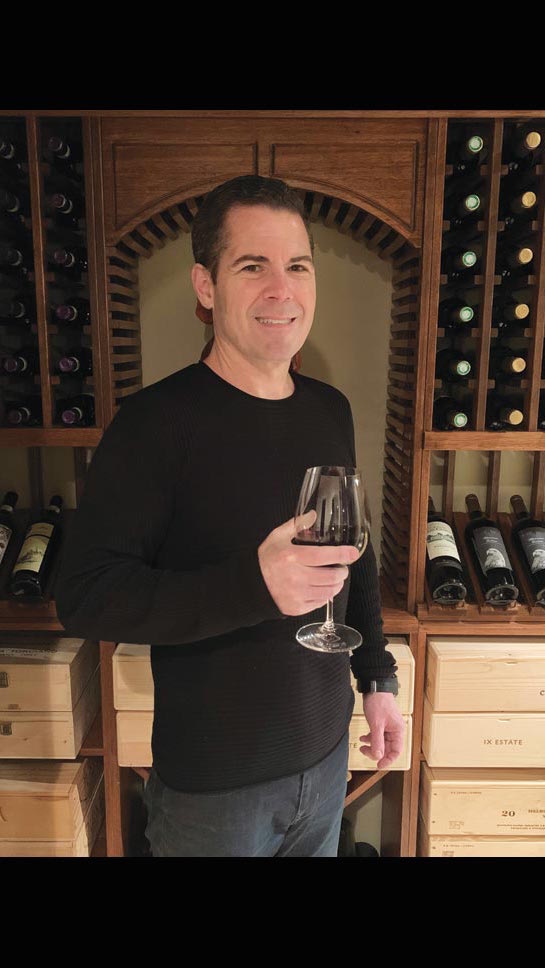 So Bucklew—who was diagnosed with Parkinson’s disease in 2012, at age 43, walked across the United States to raise much-needed funds and awareness five years later—called friend and business associate Louis Amoroso, a Lake Forest resident and co-founder and president of Direct to Consumer (DTC) wine at DRINKS. The company owns and operates Wine Insiders (wineinsiders.com) and Martha Stewart Wine Co. (marthastewartwine.com) that allow customers to shop for wine online and have it delivered to their doorstep, office, or one of 14,000 pick up locations within days.

DRINKS—launched in 2013 and led by a team with unparalleled digital media, commerce, DTC, and adult beverage experience—had recently donated thousands of cases of wine to Frontline Wine, which finds the hospitals that are struggling the most and distributes bottles of wine directly to healthcare workers fighting COVID-19.

“The year 2020 was a year of major growth in the online grocery business, and, fortunately for us, there were a lot of people at home drinking a lot of wine,” says Amoroso, a founder of Goose Island Beer Company, now owned by Anheuser-Busch InBev. “Our country’s dedicated frontline workers worked tirelessly … with so many of them stuck in hotels at the beginning of the pandemic. We just knew we had to find a way to give back. At DRINKS, we’ve always had an eye for philanthropy and doing what we can, and we identified a unique way to help put a smile on the faces of healthcare professionals in ICUs around the country at a time when they really needed a break.”

Amoroso and his team jumped at the opportunity to aid Bucklew, collaborating with the Parkinson’s Foundation and the Michael J. Fox group to stage a virtual wine tasting fundraiser. DRINKS offered automatic registration for customers who purchased a special three-, six- or 12-pack of wine by integrating Eventbrite, Zoom Webinar, Pledgeling, and its proprietary e-commerce platform.

“The response from the Parkinson’s wine tasting was tremendous,” adds the 52-yearold father of six. “We saw tons of interaction via Zoom, and we even had a ‘Q & A’ button, with sommeliers answering questions from participants. People had a fun experience. It was a great alternative way to raising money in a tough year for charities. The Parkinson’s groups loved it.”

DRINKS followed that up with a similar function for Misericordia, a community of care that maximizes the potential for people with mild to profound developmental disabilities, many of whom are also physically challenged. That virtual wine tasting attracted some 700 participants and generated more than $250,000.

Next up: “Corks For A Cause,” a virtual wine and music event set for April 9. It will benefit twelve North Shore charities, including Bravo Waukegan!, Citadel Theatre, Forward 4 Tobi, GBS Booster Club, Glenview Women’s Club, and Youth Services of Glenview/Northbrook. The plan is to raise a glass (actually four), paired with select cheeses, and fondly reminisce with songs from some classic Chicago musicians in an imaginary outdoor street festive—all in the name of charity.

“This event is a testament to the magic that comes out of working together to raise each other up during difficult times,” says Michael Rosengarden, owner of Autohaus on Edens Mercedes-Benz. “Smaller organizations don’t always have the same opportunity to hold big fundraising events, nor do they have the same ease of pivoting due to unprecedented events like bigger not-for-profits do. We’re thrilled to partner with these local charities to aid the incredible work they continue to do.”

In addition to the donations from DRINKS and the tasting attendees, Rosengarden has pledged to underwrite a $1,000 match per nonprofit for the event in order to elevate their individual missions even further.

“We’re also partnering with the Humane Society for a national event (set for late May or early June),” says Amoroso, adding the number of attendees for that occasion could reach 10,000.

Cheers to DRINKS for a number of reasons, but mostly for finding ways to lift the spirits of folks who carry out the missions for vital organizations.