Dina Lewis’s daughter, Hannah, was 5 when she stood ankle-deep in the Atlantic Ocean during a vacation in Bermuda several years ago.

The child clutched her long hair and wrung the water out of it. Hannah then wrung, wrung, and wrung some more.

“What are you doing?” a puzzled Dina, standing nearby, asked.

“Giving water back to the fish,” a straight-faced Hannah replied.

Typical, up-to-all-good Hannah, now 9 and a third-grader at Bennett Day School in Chicago.

“The way her mind works … I love it,” Hannah’s 53-year-old mother says today. “She’s funny and creative, so kind, and environmentally concerned. She yells at me if I leave the lights on at home. She also codes her own games.

“Hannah,” Lewis adds, “is my IT department.”

And Dina Lewis recently became Hannah’s official clothier with the launch of her Minor Details luxury clothing line for children ages 2 to 12. Hannah has a sensory processing disorder, a condition in which the brain has trouble receiving and responding to information that comes in through the senses. Sensory processing issues, according to the Child Mind Institute, are often first recognized during the toddler years, when parents notice that a child has an unusual aversion to noise, light, shoes that are deemed too tight, and clothes that are irritating.

On most mornings, for years, New York-born Hannah wanted to escape from her outfit as soon as she got dressed. Pants made her legs itch. Sleeves made her long for sleeveless shirts.

Minor Details’ clothes—designed in Chicago and cut and sewn in New York City—are utilitarian and fashionable. Lewis, who collaborated with top-notch designer Lauren Markt and consulted with an occupational therapist, created Minor Details to help reduce anxiety and increase sensory regulation and body awareness for its customers. Its mission is to provide fun, thoughtful, sensory- and earth-friendly clothing that children want to wear. The line—rooted in the concepts of adaptability, connection, empathy, and mad-style—also features upsized “My Adult and Me” versions of the styles. 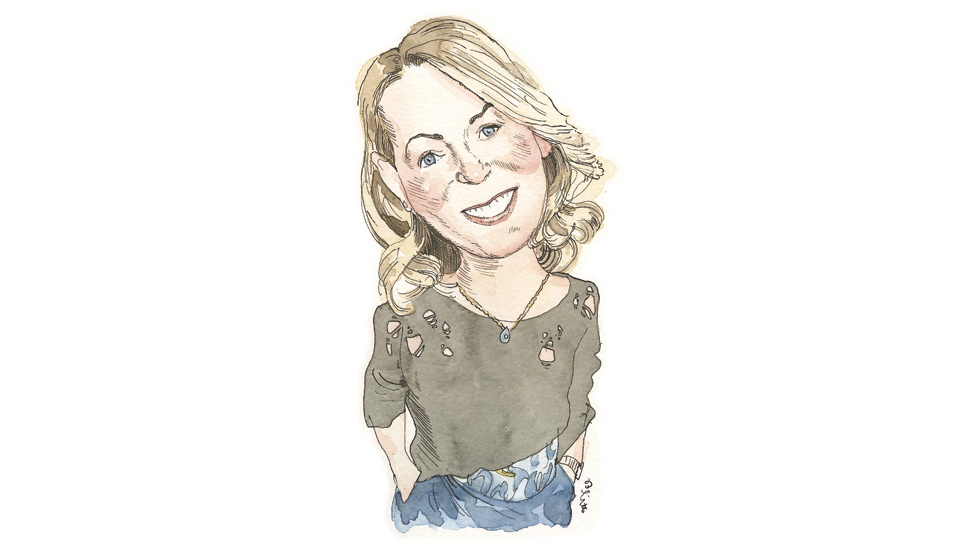 Feel ultra comfortable and look super cool at the same time. That’s what Lewis—who lives in the River North neighborhood of Chicago and exercises at the fitness center STRIVE Village in Wilmette—wanted for Hannah and other children with a sensory processing disorder when she envisioned the business in August 2019.

“Having cancer drove things home for me,” says the now cancer-free Lewis, adding she thinks more than the estimated one in six children is sensory-challenged. “I remember thinking, ‘Wow, this is real.’ It was time for me to live now, be happy, see Minor Details through. “People,” she adds, “are shocked that I’ve made it this far with my clothing line. But I’m fearless. I’m a risk-taker. And I go with my gut, immediately, when I make significant decisions. It’s funny—it takes me more time to decide which pair of shoes I want to buy than it takes me to make the biggest decisions in my life.”

Lewis got her sense of humor and entrepreneurial spirit from her late father, Harvey, a University of Michigan graduate who worked in the real estate industry and was brilliant. How bright? He could learn a foreign language on a flight to a country that spoke that language and speak it fluently before plucking his luggage from the plane’s overhead compartment.

Dina took off as a business tyke-oon at the age of 7, going door-to-door with her fabric crayons and offering to personalize strangers’ clothes. Remember the oil crises in the 1970s? Lewis certainly does. She sold coffee and donuts to motorists waiting in gas lines. She got hired to deliver newspapers, but that gig lasted only a week. Lewis attended Northfield Mount Hermon School in Massachusetts, where she rocked Madonna-inspired O rings, crossed paths with a younger schoolmate named Uma Thurman, and served as a dorm leader and the student manager of the boys ice hockey team. The goody two shoes had a crush on a boy in two skates.

Speaking of winter sports, Lewis’s 78-yearold mother, Bobbi, skis any chance she gets and thinks nothing of driving four hours to hit her favorite slopes. Bobbi had returned to college at age 50 to study nutrition.

Dina Lewis spent two years at St. Lawrence University in New York and later conducted a playwriting workshop at Vassar College in New York and a poetry writing workshop at Bennington College in Vermont. After working as a dog walker, a bike messenger, a dog-coat designer and maker (“Before dog coats were trendy,” she says), and a bartender, she wrote for the magazine Time Out New York. She also dabbled in improv, performing alongside Jon Stewart in New York.

Her self-assessment of her stint as a comedian?

“I was terrible,” Lewis says.

Harvey urged his daughter to enter the field of real estate, and that’s what she did for nearly 20 years.

And now this, spearheading Minor Details, a major shift in her life. Fear gripped Lewis at the start of the endeavor, but she embraced it— and cast it aside—quickly.

“I like to have a little fear in my life, because it keeps me fresh,” Lewis insists. “I am excited now; have been for a while. I am passionate about Minor Details. It has brought so many wonderful people into my life, including those affiliated with (the social service organization) Chicago Lighthouse. But what thrills me more than anything else is knowing that our clothes will bring relief and eliminate distractions to children who wear them.”

For more information about Minor Details, and to shop for a range of its sensory-friendly items, visit minordetailskids.com.