Preparing for the opening of her current exhibition at The Art Center Highland Park, Susan Block was searching for the right words to best describe her paintings. Freedom and transcendence were two good ones.

“And then the word transmogrify, popped into my head,” says Block. Unsure of the definition, she grabbed a dictionary. “I was thrilled to find it means: ‘To transform in a surprising or magical manner’.”

It’s a perfect description for how painted strokes of color transform into finished works of art both surprising and magical. It’s also a good word for what happens to a viewer standing in a gallery surrounded by Block’s large-scale, vibrant abstracts. The experience is … well, transmogrifying.

For Block, expressions of freedom, transcendence and transmogrification have been part of her experience since she was born. Her mother Dorothy Wolf, a talented Highland Park sculptor, “always had a sculpture she was working on right on the kitchen table,” says Block. “She’d give us kids pieces of clay to create with as she worked, and then we’d all just push everything to one side when it was time to eat.” 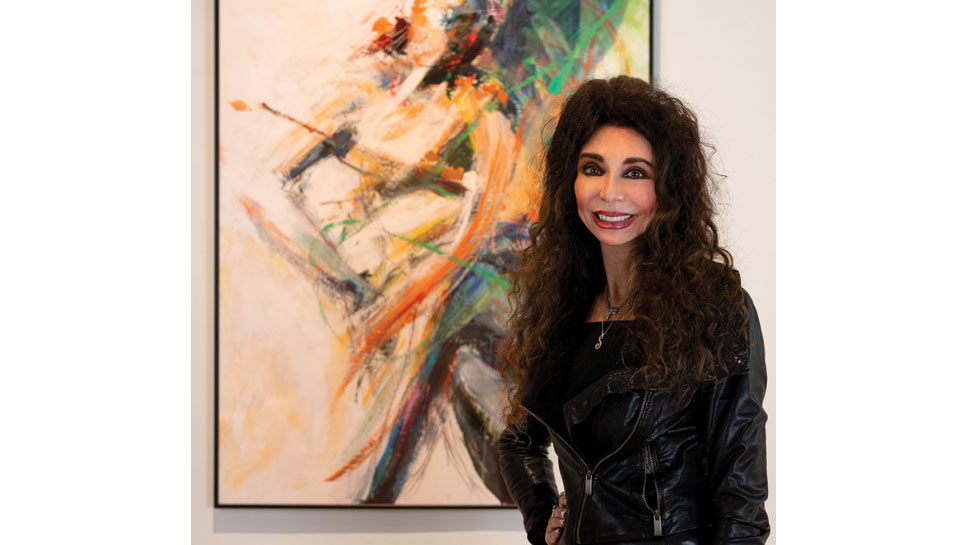 Wolf sculpted from nude models, which gave Block the opportunity to draw from her first life model when she was only 5 or 6. “I didn’t even notice that the person wasn’t clothed,” she recalls. “People are so freaked out by the human body, but it’s always been almost quotidian to me.”

Then, as now, Block works toward, “a really good drawing,” first, finding the energy and essence in the movement—ultimately capturing the lifeforce and dynamism of the model in a painting that doesn’t trap the viewer, but takes them beyond.

“For me, painting is about movement and line and space, breaking out and breaking free,” she says.

Since she was a child, Block’s expressiveness found myriad outlets. She studied music, theater, and dance, and quickly developed a passion for the stage. “I was that kid who was in every play the school put on,” she says.

Pursuing this passion in college, Block started out as a theater major at Syracuse University. But meeting the love of her life, Dr. Steven Bloch, when she was just a sophomore (he is now one of the North Shore’s leading plastic surgeons), she married right after graduation.

Children came soon after, and as Steven moved through his training and residency, which took the family from New York to Wisconsin and finally Chicago, Susan divided her time between parenting, art, and theater. She took art classes at the University of Wisconsin and was represented by galleries for her life-size sculptures, and her paintings. Back in Chicago, she got an MFA at the School of the Art Institute of Chicago in sculpture. And, after picking up the theater thread by studying with Dan LaMorte at Chicago’s Center Theater, Susan started landing roles in plays. 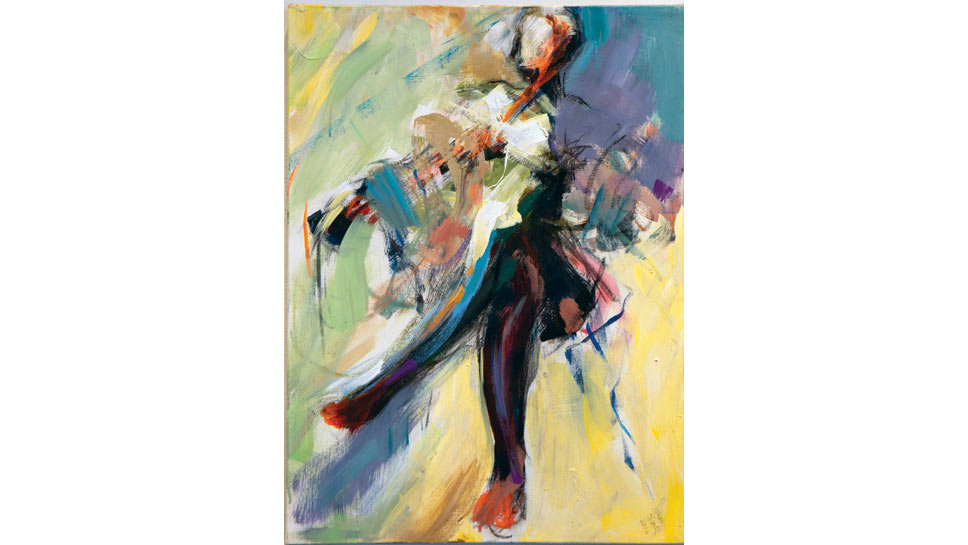 ABOVE: “Worth a Second Look” is an oil on
canvas painting by Susan Block.
PHOTOGRAPHY BY MONICA KASS ROGE

“There were so many roles—including understudy for a role at Steppenwolf in a play starring John Mahoney,” she says. Block was even nominated for a Best Actress of the Year Jeff Award for her role as Martha in Who’s Afraid of Virginia Woolf at Red Wolf Theater. 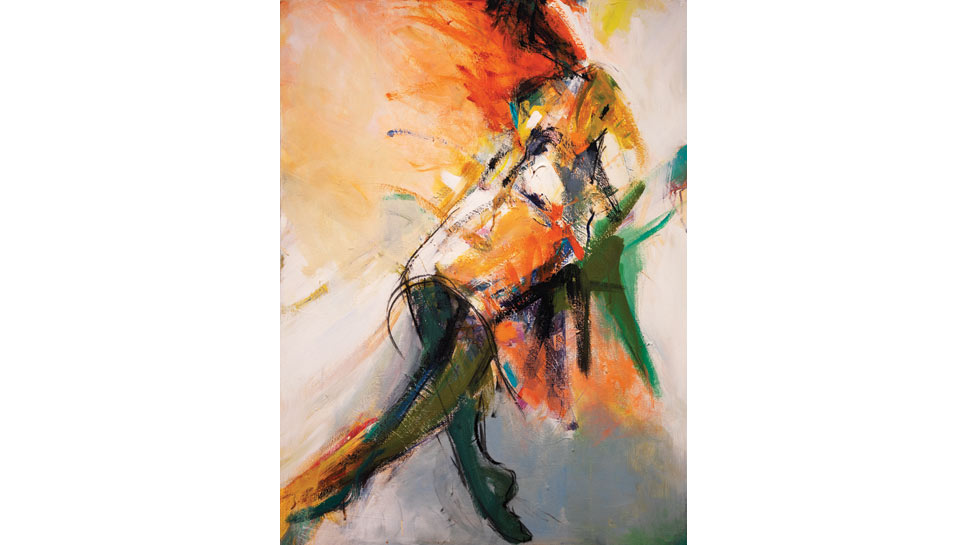 Eventually, however, the strain of multiple creative careers coupled with the demands of parenting meant that Susan had to choose between painting and acting. Painting won out.

Block’s painting work has taken many forms. Deeply impacted by the tragedy of 9/11, Block wanted to create a body of work that would signify both “America” and “Freedom.” For her, childhood summers on her family’s beautiful land in far Northwest Wisconsin were idyllic, full of both freedom—and horses. This found expression in the huge body of abstract horse paintings for which she is well known. Then, her collage paintings brought her representation at galleries throughout the world.

Her current shift to painting abstract nudes represents growth in a new direction and is also a circle back to the freedom and natural giftings that were a part of her early childhood. Larger than life, the selection of two dozen abstracts are boldly expressive works with a lot of movement.

“I don’t like static things,” Block says, adding that she prefers “dynamic and free. It’s always about freedom.”

Block’s work will be on view at The Art Center Highland Park through April 17 as part of the current exhibition, “THEM: All People Everywhere,” also featuring the ceramic figure sculpture work of artist Robin Power.