Ask Charie MacDonald what inspired her to start cooking at primary school age and you’ll get a straightforward answer.

Now 84, MacDonald published her first book, Celebrations, toward the end of last year. The book is a mashup of cookbook and memoir, filled with recipes, photos, and memories living life as a self-taught cook.

It all started with cake.

MacDonald grew up in Wilmette, and when she was 7, she used to walk to Bennison’s Bakery—which was then in Wilmette—to pick up a cake, usually vanilla with chocolate frosting or vice versa. Eventually, it occurred to her that she could just bake the cake herself.

“I thought, ‘I can make this cake, all you have to do is read, and if you can read you can cook,’” she says. “Then I started baking. My first cake was a chocolate cake with vanilla and I was so proud of it. I decorated it with red hots and everything.”

To her chagrin, her brothers’ friends came over, saw the cake, and thought it looked good. She caught them eating it.

“I was not pleased,” she says.

Early on, MacDonald developed a sophisticated palate, which would serve her well during her many cooking endeavors and adventures.

“I wasn’t picky, but if the strawberry wasn’t perfect, I’m like, ‘forget it,” she says. “I’m not eating that. I just ate what my body wanted me to eat.”

MacDonald’s love of food heated up in college as she experienced a variety of cuisines and came to appreciate food created from top to bottom in the kitchen.

“I was a senior in college and my roommate’s father took us to a French restaurant.

I had my first taste of a sauce and it just blew my mind,” MacDonald says. “I’m like, ‘Oh, my goodness.’ It was all from scratch.”

After graduating from Manhattan College in White Plains, New York, MacDonald asked her parents for a trip to Europe as a graduation present. Foodwise, it opened up a whole new world.

“I went to Europe and was there for a couple of months and just fell in love. I fell in love with the cooking, everything,” she says. “I was kind of like my own groupie, going out to eat. I would take notes on taste and what I had to eat, and what I liked and didn’t like about it.”

When she returned from Europe, MacDonald noticed a sea change in the food landscape of Chicago. A lot of mom-andpop restaurants and bakeries where she could get quality homemade food were closing.

Her frustration led her making her own food at a standard she could appreciate, and she continued to take notes on her own recipes and on her experiences going out to eat at higher-end restaurants.

“I would have a dinner party every Wednesday night and you know how dinner parties work. People started calling me for advice,” says MacDonald. “I would try out new things, just this or that.”

The positive word of mouth about her cooking skills led MacDonald to start offering cooking classes in her home, with great success. Then her neighbor, an owner of a gourmet food and catering store with locations on the North Shore, asked her to oversee the stores’ food offerings.

MacDonald wasn’t keen on the food offered there, so she started cooking her own breads and selling them in the store. They sold well, but it put her in the crosshairs of the owners. After a year-and-a-half of frustration, she quit, and started her own business, Beautiful Food. 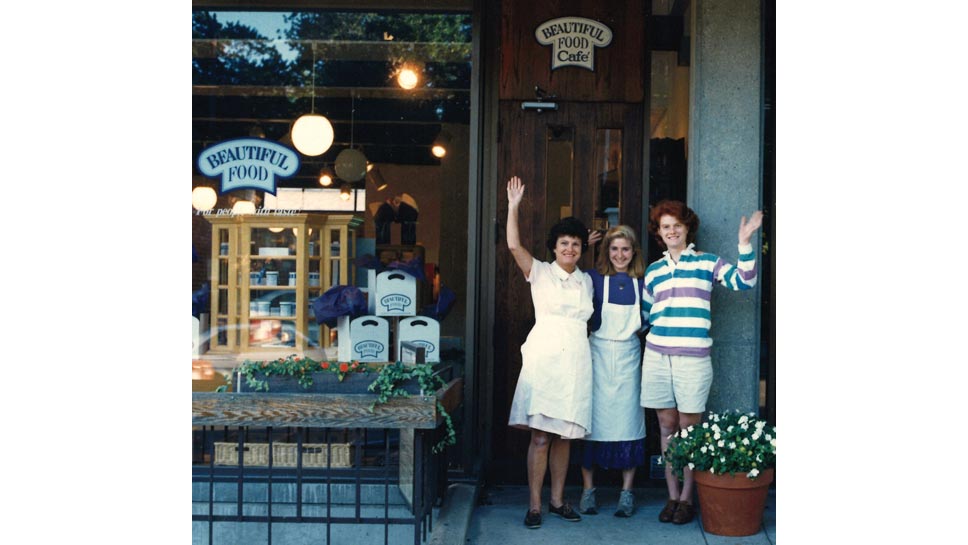 Charie MacDonald is shown in front of her former business in
Winnetka, Beautiful Food, which offered catering services
and a place for her to host cooking classes. 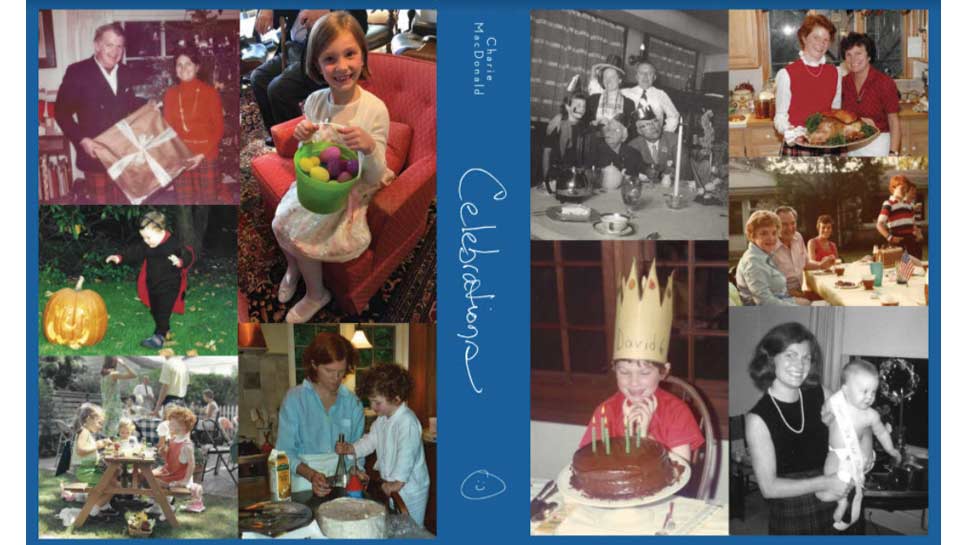 “I was having the time of my life. It was so much fun, like having the tiger by the tail,” she says. “I truly was beautiful, beautiful food.”

After five years her building was sold, and MacDonald reopened at another location. At the same time, she opened a 3,000 square foot kitchen in Glenview to provide catering services.

“It was really wholesaling. I sold to Williams Sonoma. I shlepped salads around the city of Chicago at six in the morning, took muffins to the Hancock building,” MacDonald says. “Anything we could do to stay alive. It was a riot. We did a lot of good catering.”

Eventually the second iteration of Beautiful Food closed—there were personnel issues she didn’t have the energy to deal with—and MacDonald focused on the wholesaling and catering business. When she closed the catering business a few years later, she went back to teaching cooking classes in her home and the idea of a cookbook began to take shape.

“The reason I did the cooking classes was to write down things that I had been cooking. People really like to eat, and my classes were the basics, especially breads,” she says, “Also Chinese and Italian and making pasta from scratch.”

One of MacDonald’s underlying philosophies is that good food isn’t hard to cook. It’s a matter of being able to read and follow a recipe. The key is that the writer of the recipe has to know what they’re doing, which is why MacDonald spent all of that time documenting and perfecting her eating and cooking experiences.

While the idea for Celebrations is 30 years old, MacDonald finally sat down at the beginning of last year and began auditing all of her notes from over the decades.

“I was able to write the whole thing in a few months. I came home after Christmas, and it’s like the first week of January and I’m like, ‘OK, Celebrations,’” she says. “It became really, really easy to write.”

Celebrations consists of 14 chapters that share recipes in chronological order for celebrations throughout the year. Two additional chapters include recipes that don’t fit a particular holiday categorization, and recipes for Sunday dinner.

“We do Valentine’s Day and other days that mean something to me,” MacDonald says. “It ends up being extremely personal and people that read it, they go, ‘Oh, my Lord, we hear your voice. Your voice is everywhere in this.’”

To purchase copies of Celebrations, email Charie MacDonald at [email protected] com. She can also be followed on Instagram at @ charie.macdonald.