A young Steve Douglass—his eyes wide, his mouth ajar—cherished every chance he got to buckle up as his Grandpa Jack, a Tennessean who died at age 95 near the turn of the century, painted pictures with vivid words and created story rhythms with a range of inflections and intermittent pauses, some quick, some … pregnant.

“Grandpa, an old Scotsman, was an amazing storyteller,” recalls the 43-year-old Douglass, a New Media teacher at Lake Forest High School since 2005, and recipient of the prestigious Apple Distinguished Educator award in 2015. “A huge St. Louis Cardinals fan, like I am today, he liked to watch a Cards game on TV at home, while listening to the radio broadcast of the game, and read the newspaper during the commercials. When he was finished reading, he told stories, all kinds of stories. I couldn’t get enough of them. The birth of my love of storytelling took place when I first listened to Grandpa Jack.

“The way he spoke, it lured you,” adds Douglass, who was born in Northern Virginia and adored the Baltimore Orioles before falling hard for the Cardinals. “He took you on a journey with his oral tradition, every time. I’d hear him tell the same story 15 different ways; no matter what he changed, or added, he made it entertaining. I couldn’t wait to hear the story a 16th time.”

The eternally engaging, quick-tosmile Douglass— also an English and Social Studies teacher, as well as a soccer coach, at LF H S — h a s stories to tell. Oodles and oodles of them. The Lake Bluff resident even teaches his New Media students how to tell enthralling stories, through video, audio, and visual effects.

His favorite personal yarn? Too close to call. There’s the one about the exact moment he knew it was time to leave his dream job—as an ESPN studio production assistant, making $12 an hour, with no benefits—in his early 20s. There’s the one about the drastically disparate roles he had to play in the same soccer match while attending soccer powerhouse Wheaton College. And there’s the one about the Westminster Christian Academy (Missouri) teacher/ soccer coach who sat the dyslexic Douglass down and showed him a highly effective way to process information.

“I struggled, for years, as a student,” Douglass admits. “I was not the kid who was supposed to become a teacher; not even close. Just ask any of my teachers. My saving grace was having teachers, like Tim Baldwin, who taught outside the box. Tim introduced me to concept maps— they helped me visually connect ideas, helped me think more critically and analytically. You know why I became a teacher? Because I wanted to build confidence in students who struggled like I did in high school and then continue to support them whenever I could.”

Now, about that unusual soccer double he pulled off while serving as a backup goalkeeper at Wheaton College: Douglass often climbed a set of bleachers after warming up with his mates in the pre-game session. Not as punishment; he had to ascend to the press box to call the game for a radio station. 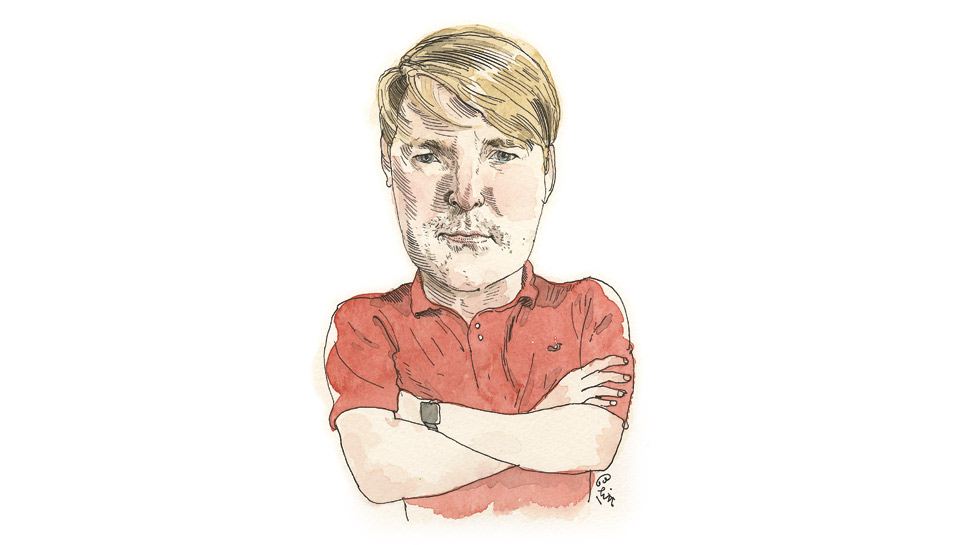 “So, I’m up there, doing my radio gig, when our starting goalkeeper got hurt,” says Douglass, named a Missouri All-State keeper after his senior soccer season at Westminster Christian Academy. “I had to run down those bleachers and enter the game.”

The ESPN anecdote involves a horse, Dubai, and an epiphany.

“Working in Bristol, Connecticut, right out of college, what a job, what a wonderful opportunity for me,” says Douglass, who mostly prepared highlights for SportsCenter and other ESPN shows for a year and a half. “I worked with (anchors) Dan Patrick, Kenny Mayne, (Chris) Berman, all those guys. I worked with 32 producers. Yes, 32. I’d get to work super early, do my research, absorb everything going on around me. Crazy, crazy hours. But I was grateful, because that was the best apprenticeship; it helped me understand the importance of storytelling for a station that insisted on presenting compelling narratives.

“One day, for ESPN News,” he continues, “I was preparing teleprompter information about horse racing in Dubai. I asked a producer, ‘Why? Why am I doing this?’ The answer I got was, ‘Because we have viewers who are bettors.’ That’s when I realized, when it actually hit me, ‘OK, I need to find another field where my love of storytelling could be more useful.’ ”

ytelling could be more useful.’ ” Douglass and his wife, Amy, a teacher, then moved to Missouri, where he enrolled at Webster University School of Education and earned a master’s degree in Media Literacy. He researched media department teaching positions at LFHS, New Trier High School, and Evanston Township High School.

“Prestigious high schools, all of them,” says Douglass, the father of Jack, 13, and Peter, 11. “As I looked into the program at Lake Forest High School, I learned how personalized it is. The faculty? Collaborative, across the board. I’ve had the privilege of interviewing every LFHS faculty member with one or more years experience at the school since I started at the school. You know what? They’re all lifelong learners. How great is that?

“People,” he adds, “move to Lake Forest because of Lake Forest High School. The high school, to me, is a hidden gem.”

What’s clear: the rampant talent of LFHS’s New Media students. Douglass guided a coterie to first place (in the Best Film Invitational — Complete Experience category) at the 2020 All American High School Film Festival. Produced submissions from Nature Coast Technical High School in Brooksville, Florida; the Episcopal School of Dallas; and Taipei American School in Taiwan, among several other schools, also vied with Lake Forest High’s video, “Out For a Long Time,” for the top prize in the category.

“It’s lighthearted and comedic, a coming-ofage story,” Douglass says, adding the video lasts about four minutes and went through nine drafts. “I can’t say enough about my students’ hard work and their selfless leadership throughout the project. Creative freedom was the foundation of New Media before the pandemic; it’s now more important than ever, with teachers and students constantly making adjustments.

“I love what I do. I also love what I get to see from my students—their meaningful creations and their courage to share their voices and ideas. Establishing validity for each individual is such a powerful thing for our students today. And one of the most effective ways to do that is to tell a Steve Douglass story through video.”