A framed black-and-white photograph of the late Mexican film actress and singer Maria Felix hangs on a wall inside the contemporary Mexican restaurant Guanajuato in Winnetka. Known as La Dona, from her character name in the 1943 movie Dona Barbara, Felix exudes strength, confidence, and striking beauty in the picture.

Attached to the upper-left corner of a nearby wall, painted butter-yellow, are hand-carved wooden figurines of hummingbirds in flight. The hummingbird represents the powerful sun god Huitzilopochtli in Aztec mythology.

But the atmosphere of the eatery—formerly located in Glencoe before moving last November to the spot where O’Neil’s welcomed and served diners from 1992 to 2016— also radiates warmth among those portrayals of might. The creative force behind the interior’s sturdy/comfortable blend is Guanajuato owner Margarita Challenger, who grew up in Guanajuato, a city and municipality in central Mexico, as Maria Margarita Paredon Alvarez and arrived in the United States on a student visa at the age of 19.

“Guanajuato is so like Winnetka, with friendly people walking everywhere and knowing everybody around them,” Challenger says. “My native city has every ice cream known to mankind—cheese ice cream is my favorite—and I love the food there, but I never thought I’d become a chef and enter the restaurant business. Never. My mother (the late Herminia Alvarez), who was incredibly tough and old-fashioned, wanted me to take all these home economic courses in Mexico and be a housewife. I didn’t want that. My sister Lupe had been living in Chicago when she convinced me to come here, and I later met a University of Chicago professor, who advised me to work in a trade to pay for college.”

Challenger, who had studied international business briefly at a university in Mexico, landed a job preparing salads and appetizers at Red Kerr’s Restaurant in Chicago, before getting hired to wait tables at Lou Mitchell’s in Chicago. The chef at Lou Mitchell’s dubbed her “Junior.” Challenger’s English was spotty at the time, so she listened intently to her colleagues during hours of operation, thus gradually upping her comfort level while interacting with diners. Then she learned numerous other words while watching a certain animated film with Lupe’s twins, over and over.

“I watched The Jungle Book, about 100 times, and I never got tired of it,” recalls a chuckling Challenger, who worked weekends only at Lou Mitchell’s after enrolling at Washburne Culinary & Hospitality Institute in Chicago. She later tore herself away from viewing the musical comedy featuring the character Mowgli, a child raised in the jungle by wolves, to hit the books and earn her teacher certification at The Montessori Institute of Milwaukee.

“I picked up some important things, like taking responsibility and realizing learning is a process, at Red Kerr’s,” she adds. “At Lou Mitchell’s I had to work at the front of a restaurant and experience another learning process. I had to learn on the fly, on the go, and go with my gut feeling on some matters. Years later, before I opened my first restaurant in Glencoe, I discovered that not all chefs are business people and not all business people are chefs. So many hats you have to wear, if you want to succeed in this field. The restaurant business can be very consuming at times.”

A funny— and punny— restauarteur, that Margarita Challenger. 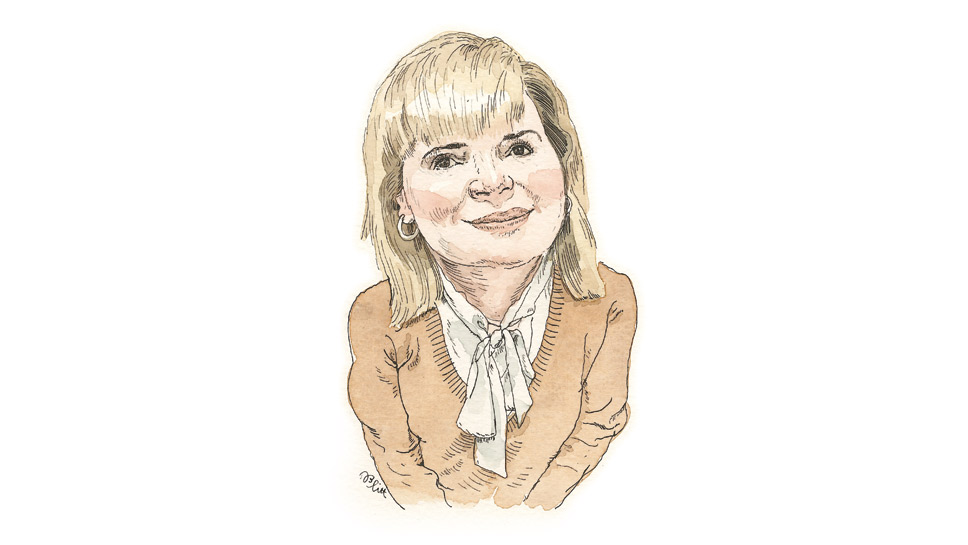 Margarita met her future husband, Winnetka native and New Trier High School graduate Mark Challenger, through friends. He asked the theater/musical/opera (La traviata, especially) fan to join him for a showing of Les Miserables in Chicago on their first date, which started with the presentation of a picnic basket—prepared by Mark—that contained cheeses and fruit. Grapes, followed by a gripping drama. Mark and Margarita got married in 1994 and have four children: Brian, 25; Hope, 24; son Chris, 22; and Mercy, 20.

“I’ve really enjoyed being a mother; times as a mother have been some of the happiest times in my life,” says Challenger, who lives in Long Grove, not far from Tacos Guanajuato, the restaurant she owns in Kildeer. “I’ve enjoyed all phases of motherhood. My children, they crack me up. When they were 7 or 8, they had their opinions on many topics, and before you knew it, they knew more than you did. It was wonderful, watching them grow up and become adults.”

It had to be a daunting challenge for Challenger, relocating her anchor restaurant in month 10 of the pandemic, when families were making do—and making more meals—at home. But she pulled it off, and has not had to lay off a single employee (one chose to leave the industry because of an underlying medical condition) since “COVID-19” invaded our lexicon. Loyal customers of the restaurant and tequila bar kept ordering Guanajuato’s Sizzling Fajitas, Margarita Salmon, Enchiladas Margarita, and El Molcajete, among other must-inhale fare.

Margarita’s Margarita? Guanajuato’s menu lists it as a cucumber and mint cocktail. Her new favorite is Earth and Smoke, made with raicilla agave liquor.

“I want people to feel warmth as soon as they enter the restaurant,” Challenger says. “Think about a restaurant and what goes on inside of it … food, it’s a most intimate thing. Our place is a welcoming place, bright and happy, and we love the new location. What you see inside is a reflection of me and my employees. It’s very much about energy, a restaurant’s atmosphere, and we strive to project positive energy at all times.”