Had the hired smuggler simply placed the luggage in the trunk, Baghdad-born Taha—now a Lake Forest resident and infectious disease physician with practicing privileges at Advocate Condell Medical Center in Libertyville—would have been arrested and jailed, at least, for not having received special permission to leave his native country in the mid-1990s.

“I had my degrees and certificates and transcripts in that duffel bag, important paperwork, along with a few clothes and two small books,” Taha recalls. “I knew, wherever I would end up, I would have to prove I graduated. The Iraqi Army opened up the trunk at the checkpoint (in northern Iraq) but never looked under the hood. To escape like I did, as a doctor, you either had to forge a passport or pay a smuggler. Police had a warrant out for my arrest. My driver made me wear a traditional Arabic gown so that I’d look like a villager. He also made me take off my glasses because they made me look educated.” 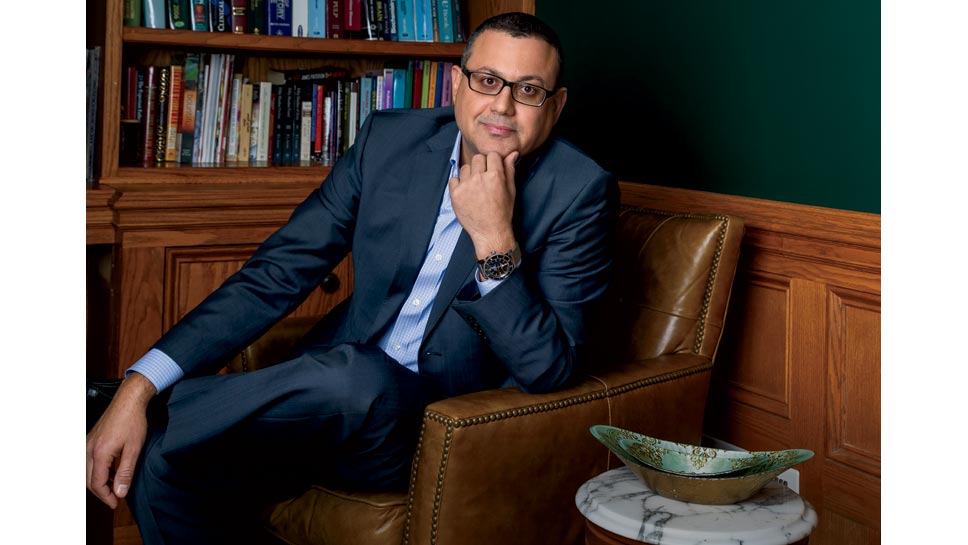 “I could not see anything. We stopped at the checkpoint, just outside the Kurdistan Region. An officer asked my driver, ‘Who is this?’ He assured the officer that I was a villager. The officer asked for my name, and I made one up,” recalls Taha.

Harrowing, indeed, for a 23-year-old shortly after his final year in medical school. But Taha—currently on the front line in the battle versus the invisible enemy COVID-19—had faced and overcome fear at an early age, beginning with the IranIraq War (1980-1988). Iran bombed Iraq once a week for years in the conflict.

“Big blasts,” Taha says. “I remember in 1982 or 1983, I was at my grandparents’ house when a bomb fell nearby. Glass broke. My childhood before that war was an okay one, actually, pretty normal. I enjoyed school and spending time with friends. I traveled every summer with my family.” 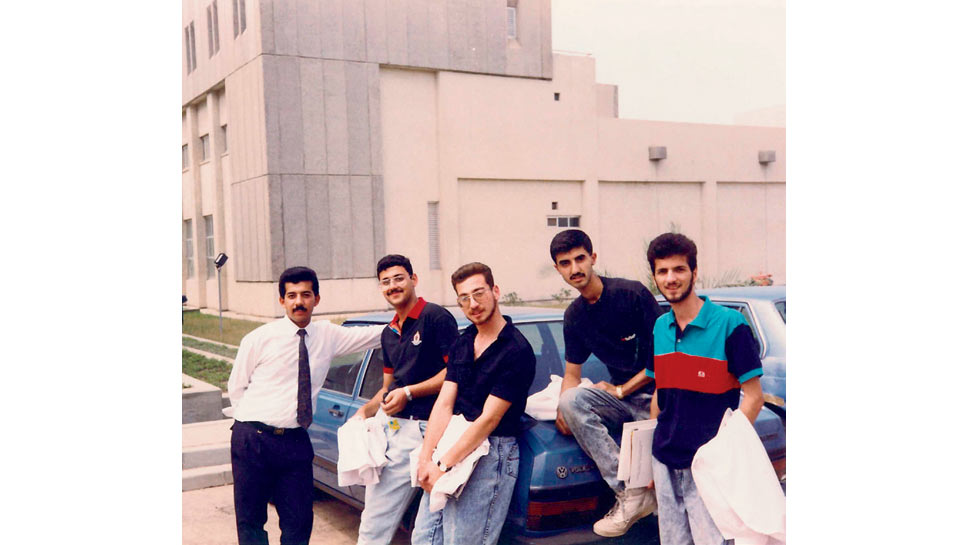 : Taha and friends outside of
Bagdad Medical School.

Iraq President Saddam Hussein eventually closed all airports to the populace; only envoys could fly out of the country.

“Everybody felt like they were sitting in a huge prison,” says Taha, adding residents also weren’t allowed to fly during the first Gulf War (1990-91). “Hussein, in the beginning, wasn’t so bad. Later, though, you couldn’t say anything bad about him or the government outside of your house. He had layers of security systems. Guards in those systems listened and took you away if they heard you say anything anti-Iraq. We were conditioned to believe that anybody could be listening, anywhere.” 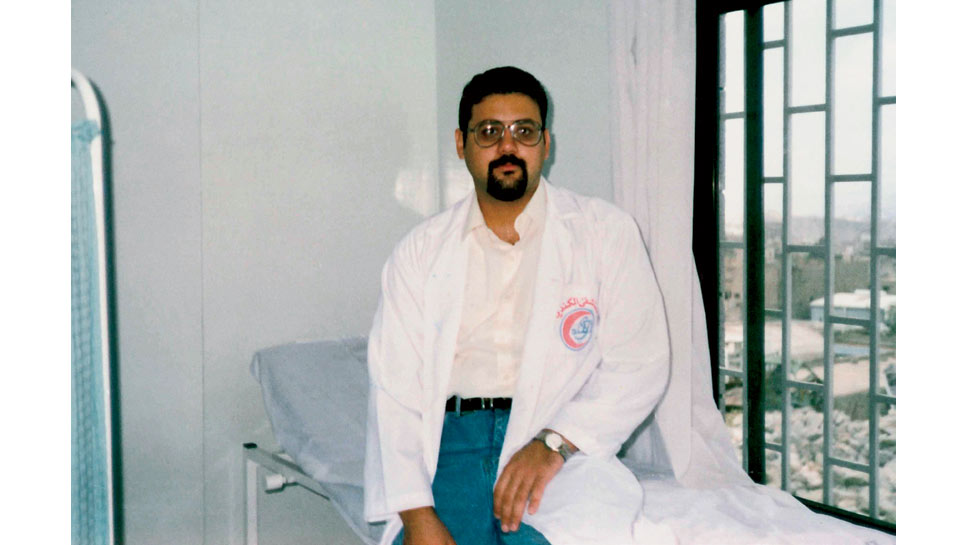 Taha in the Al-Kindi Hospital in
Taiz, Yemen. He volunteered at the
hospital while on his journey from Iraq to
Canada.

Iraq invaded Kuwait in early August 1990, igniting the first Gulf War. Bombs then fell again in Iraq, this time practically every night. Baghdad denizens had to do without electricity for 40 days. Taha and his family members would hear the planes, usually at 9 or 10 p.m., and brace themselves.

“Like clockwork,” he says. “They targeted certain structures. You’d hope a bomb wouldn’t hit your house, but there was always the possibility that one would find it. Sometimes we’d leave our house to watch what was going on outside. But fear … it was always there.”

Hussein remained in power after Gulf War I. So did prevalent fear. Several years later, Taha, armed with a medical degree, chose to seek safer ground. He risked imprisonment because he was desperate. The taxicab ride started at 5 a.m., traversed between mountains, and ended in the Kurdistan Region where he stayed in hotels for two months after passing the Iraqi Army checkpoint. 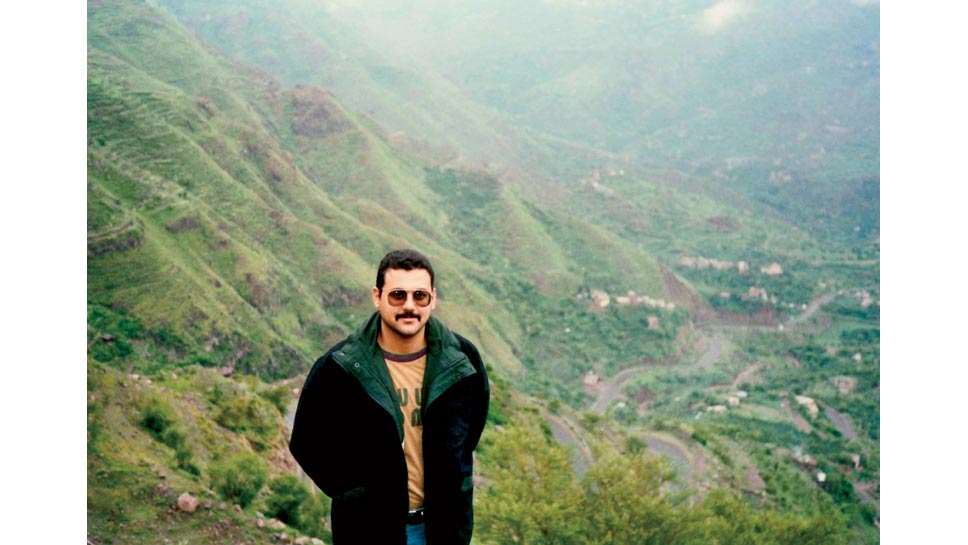 Taha in the mountains of Yemen.

“I remember seeing the Turkish checkpoint after my time in the safe part of northern Iraq and taking a deep breath,” Taha says.

Next stop: Yemen, where his father, Kamil, built a dam. Taha, mostly as a volunteer, treated countless patients with malaria in the country at the southern end of the Arabian Peninsula. 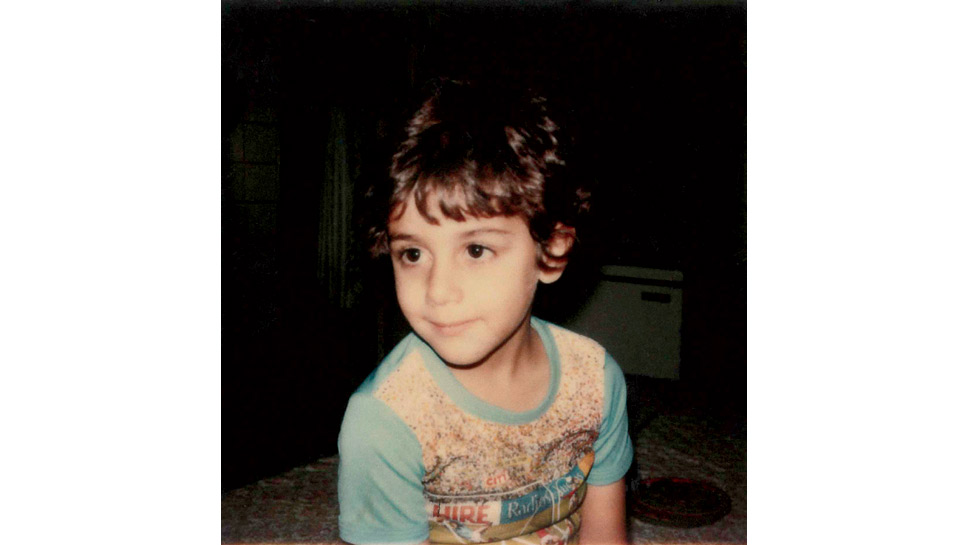 Taha as
a young
child.

“It was there where my interest in infectious disease care increased,” he says. 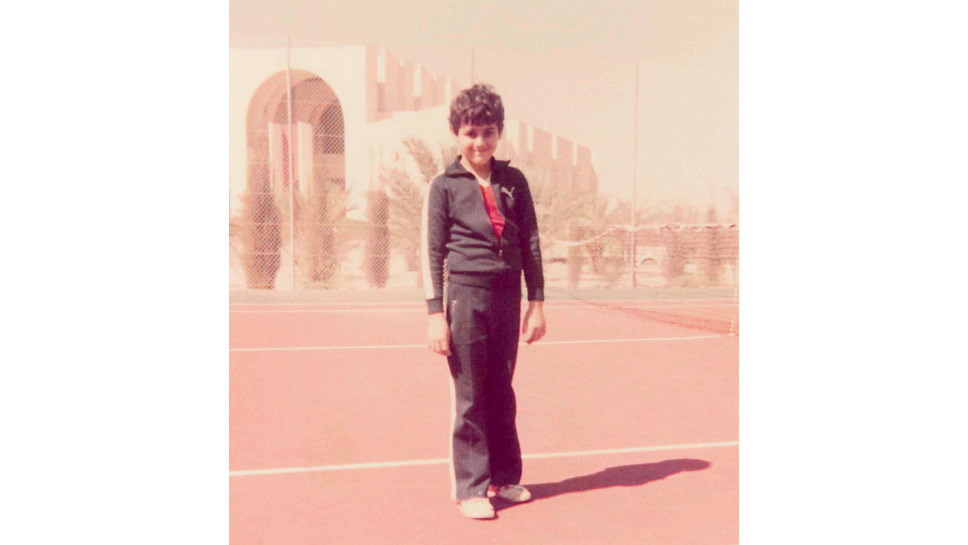 A
young
Taha at a
Bagdad
park.

Taha then lived with his parents and siblings (two brothers and a sister) in Canada for about three years after the family received a collective immigrant visa. While living in Canada, he met a woman named Eman online, who lived in the Fort Lauderdale. The long-distance relationship lasted 18 months, and they got engaged and married in the United States in 2001. Eman has worked as a dentist in Waukegan for 14 years.

“I got to know her through a group chat,” says Taha. “Social media wasn’t around much then and text messaging wasn’t a thing. I found her to be smart and ambitious.”

They have three children: Maya, 14; Zeena, 9; and Adam, 8. The Taha family has called Lake Forest home for eight years.

“Everything I do is for them,” Taha says of his children. “When I see them happy, I’m happy. I like to run, and I do think about them when I’m running. Stress clears when I run. Bad thoughts disappear, too. It’s a form of meditation.”

Taha started running regularly after being diagnosed with a heart condition. He completed the Chicago Marathon two years ago and has raced in at least 16 half-marathons. His go-to rock songs are Journey tracks, including “Don’t Stop Believin’” (the Chicago White Sox’s World Series Championship team theme song in 2005) and “Faithfully.”

Off the jogger’s paths and race routes, Taha via his group, Infectious Disease Consultants of Northern Illinois, had been the lone infectious disease physician practicing at Condell from the start of the COVID-19 pandemic until a team of other such physicians arrived last October to strengthen the medical center’s response.

trengthen the medical center’s response. “The early days of COVID were rough,” admits Taha, who had treated hundreds of COVID-19 patients through the first seven months of the pandemic and feels he couldn’t have done it without the help of his nurse practitioner Amanda Zimmermann. “I spent 12 to 13 hours a day at work. I came home exhausted, depressed. Things, though, are definitely better with all the protocols and systems we now have in place. People are less sick. We’re aware there could be another surge or two. But what’s been good and encouraging is that we’re not scrambling anymore.”

It never gets old for Taha, facing something daunting and emerging triumphantly, be it in a hospital, the middle of a desert, or on a city street.