Last spring, Howard Kanter needed to get out of the house. Like a lot of us, Kanter had self-diagnosed himself with a serious case of cabin fever. So, he bought some chalk and started drawing.

On the sidewalk in front of his house in Wilmette.

It wasn’t long before neighbors noticed. They started congregating—at a safe social distance—in front of his house to admire his work.

“What was adorable and sweet was when families would walk by and the kids would see a Disney character and just stop. We’d watch them outside our living room window,” Kanter says. “It was really nice, and then you start to meet the neighbors and you realize community is a lost term. That was the first time for me that art became kind of communal.”

Kanter is an artist who taught art to middle school students for 30 years, the last 27 at Algonquin Middle School in Algonquin. His 7th graders learn about Van Gogh while the 8th graders focus on Picasso.

With galleries being closed or exhibition schedules curtailed, the opportunity for Kanter to make art seen by others has been cathartic.

“It has been wonderful. I’ve always said tongue and cheek that artists are behind the scenes. We don’t want to be on stage,” Kanter says. “But it’s also been hard. We lost a family member in this COVID. So, meeting neighbors—yesterday I had one that waved to us from across the street—has been nice. 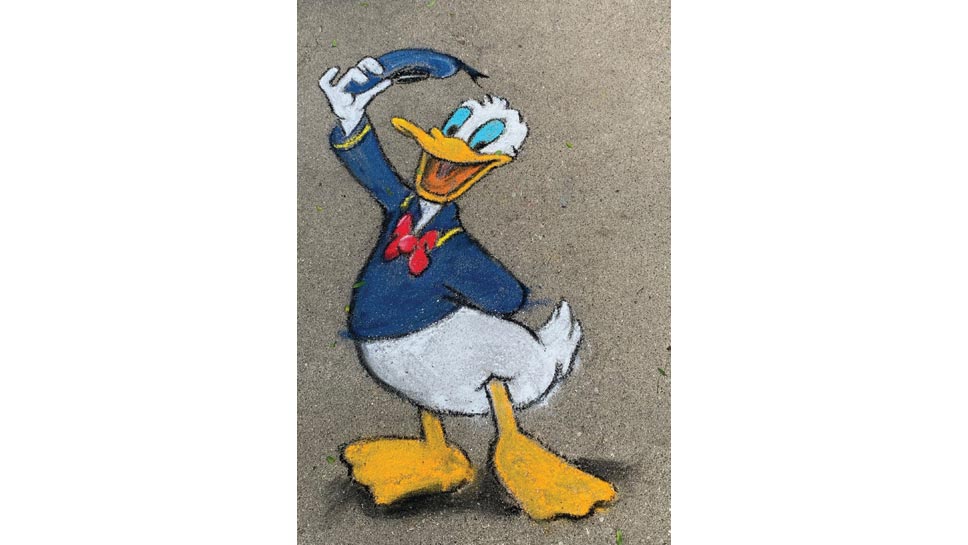 Kanter has drawn everything from Mickey Mouse to Charlie Brown to “The Starry Night” by Van Gogh to the Grateful Dead turtle. He says he’s up to 20 chalk drawings and he never knows how long they’ll last, as the rain washes them away. 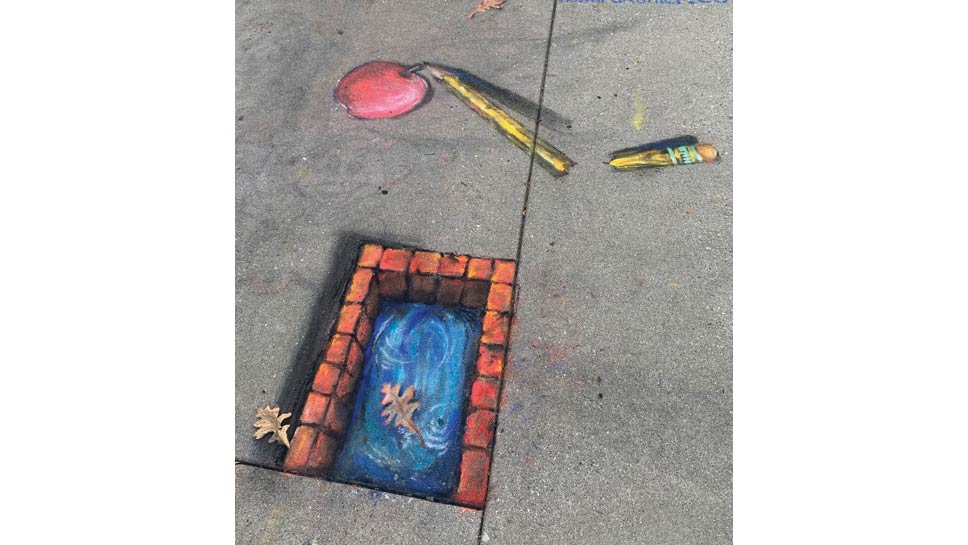 “I drew Belle from Beauty and the Beast and it rained, so one little girl came up to me and said, ‘You have to fix Belle,'” he says. “So I said, ‘Let’s go. I can do that.’ You watch the weather report to find out how long your art will last.” 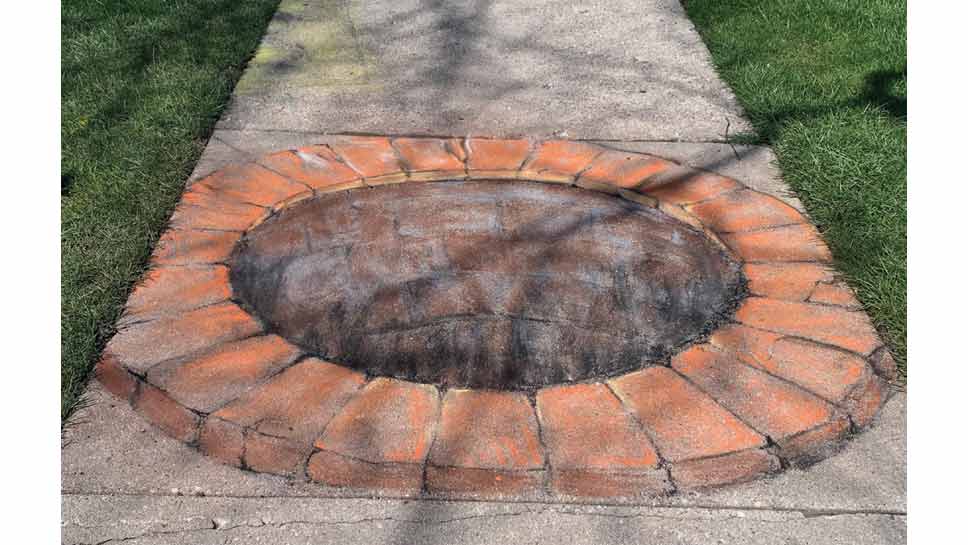 Kanter says there has never been a time when he wasn’t drawing or making some kind of pictures. He produces art himself and also has a tight collaboration with his best friend Steve Sager, who Kanter went to art school with 30 years ago at the University of Illinois. It was there that Sager and Kanter started making collage-type art with their fellow students; one student would produce a piece and other students would add their own ideas to it. Kanter and Sager’s most recent exhibition was titled, “Serious Silliness.” 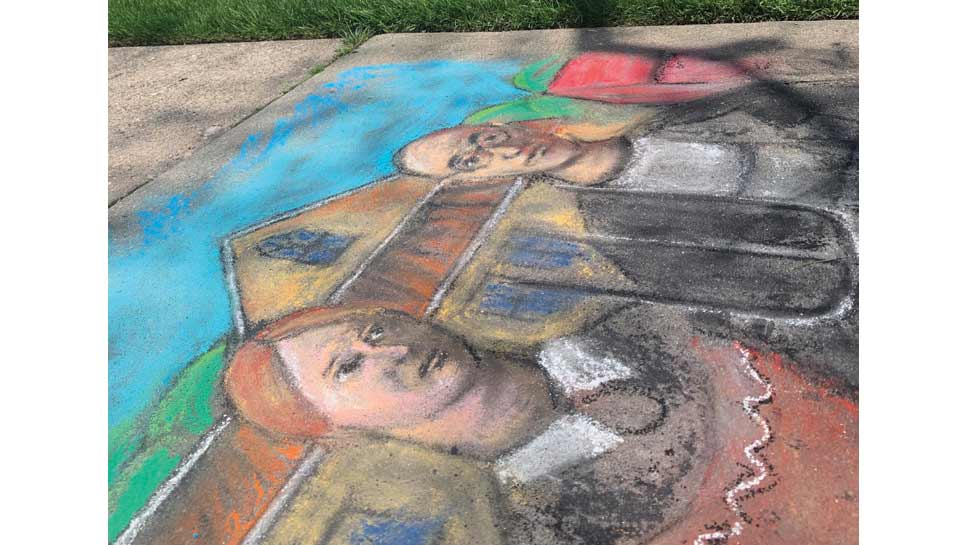 Artist and teacher Howard Kanter’s chalk drawings on the sidewalk
in front of his house in Wilmette delighted children and families and
drew his neighborhood together as the COVID-19 pandemic was
unfolding.

“It starts as collage, but it’s not really collage. It’s a series of images and when you get past the humor you see that it has composition,” Kanter says. “It has an art element, and it has design principles, and when we decide we like those it’s finished.” 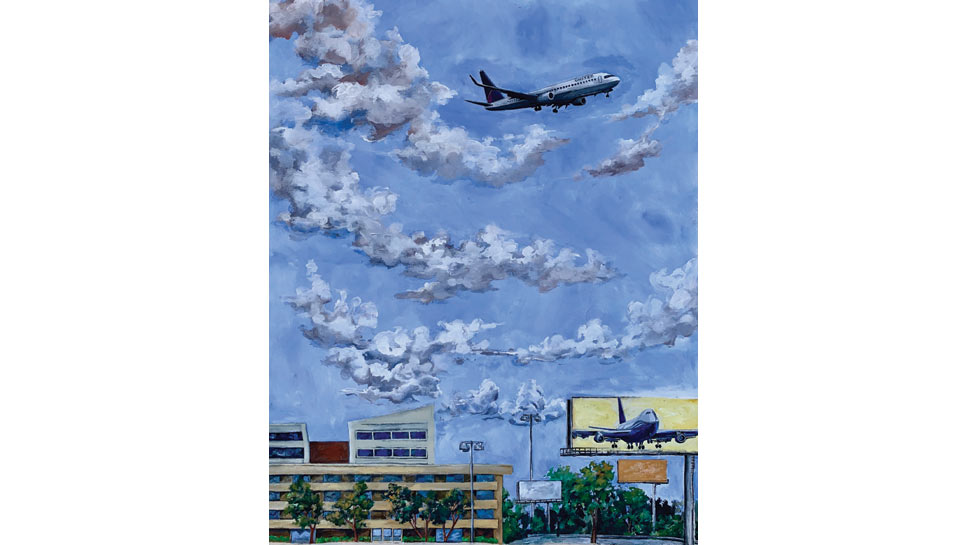 While Kanter’s collaboration with Sager is currently on hold—shipping between Japan and the U.S. is temporarily suspended due to COVID-19—he continues to make art on his own that captures the mundane nature of everyday life. 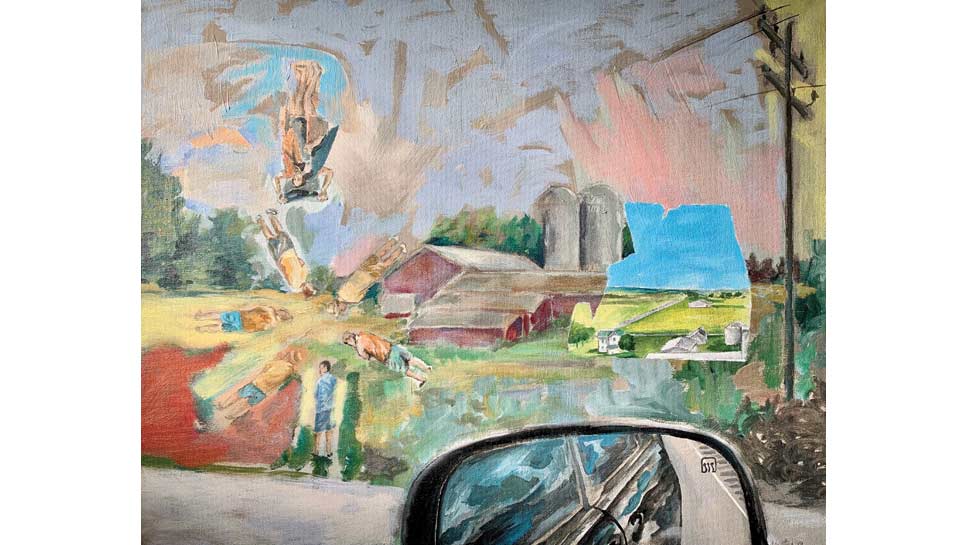 “I go back and forth on Interstate 57 a lot to see my other best friend in St. Louis, and I love making a picture of something that people would normally ignore,” he says. “I’m doing roadsides and scenes other people would find ordinary or mundane.” 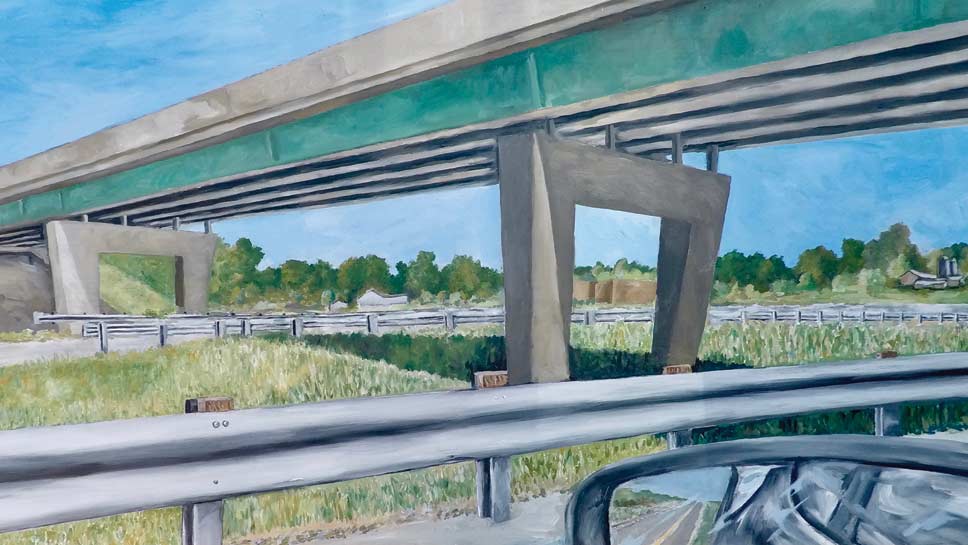 Kanter will have an exhibition of his own work on display this year, from July 1 through 30, at the Illini Union Memorial Art Gallery on the campus of the University of Illinois in Champaign.

Kanter also does plenty of commissioned work, work that has increased now that some of his neighbors have seen his sidewalk chalk pieces.

“People have begun to contact me on my website about house portraits and pictures that they can put up in their shops,” he says.

All in all, not bad for an artist who considers himself something of a rebel and outsider.

“The term ‘outsider art’ is used for different reasons in the art world. Art teachers tend to find themselves in that category. I don’t have a Master of Fine Arts in Education so the established galleries won’t give me the time of day,” says Kanter. “But I have never not made pictures. It’s just what I do.”