Catherine Grace Katz’s earliest memories of growing up in Winnetka were of her mother, Andy Katz, reading books to her and her siblings—everything from the classics to Harry Potter. She also recalls the influence of her firstgrade teacher at Greeley School in Winnetka.

“Miss White let me go to the library every day. It was a special privilege. And every day, I was able to check out not one, but two books. I was in heaven,” says Katz, today an author and historian with degrees in history from Harvard and Cambridge with a JD at Harvard Law School in progress. “I love the feel, the smell of books.”

Reading and learning were a priority of the high-achieving Katz household. And it was perhaps those early seeds of discovery and storytelling that inspired her to turn a research project into a book that’s already capturing international attention.

The Daughters of Yalta: The Churchills, Roosevelts, and Harrimans tells the story of three young women who accompanied their famous fathers to a February 1945 conference that proved pivotal in the reorganization of Germany and Europe.

“I did not intend to focus my academic research on Winston Churchill, but he had somewhat accidentally become a focus of both my senior thesis and dissertation,” says Katz, the eldest of three, with Oliver, 24, a University of Chicago graduate, now pursuing a master’s degree at the Georgetown School of Foreign Service and Anna, 18, a rising first year student, at the University of Chicago.

The path that led her to that moment was filled with similar achievements and accolades. After graduating from New Trier, Katz earned a coveted spot at Harvard, where she majored in history with a minor in economics. Outside of the classroom, she was a member of Kappa Kappa Gamma sorority and Co-Chair of the Quincy House Committee, for which she received the Aloian-Beal Leadership Award. The award that meant most to her, however, was a bit more unique—the Prize for Undergraduate Book Collecting for an entry inspired by her grandmother’s original Nancy Drew mystery collection from the 1930s. She graduated magna cum laude in the Harvard Class of 2013.

While at Harvard, Katz worked as an intern for Goldman Sachs but turned down a job offer there to move to England to pursue her master’s in history at the University of Cambridge, a dream since childhood. “That singular year at Cambridge is one that I will always treasure,” says Katz, who then traded pastoral Cambridge for Manhattan following graduation—joining a highly competitive analyst program at a leading asset management firm.

As it turns out, she didn’t leave England far behind.

In the lobby of her office was a bookstore, Chartwell Booksellers, named for Churchill’s country home. During coffee breaks on long days filled with Excel spreadsheet modeling, Katz would visit the bookstore where she met the owner, who became a kindred spirit and later introduced her to the International Churchill Society.

It was there that she also met members of the Churchill family who wanted a young historian to mine the newly released collection of the papers of Sarah Churchill, Winston’s daughter, and write an article about the two. These papers were back at Cambridge and Katz quickly said “yes.” 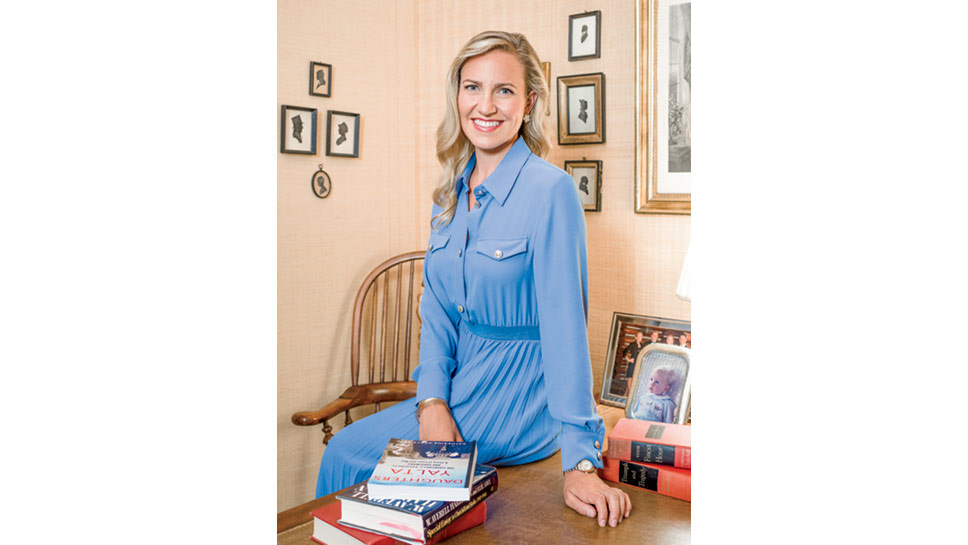 Catherine Grace Katz of Winnetka, shown here in a Maje dress, is the author of a new
book about three famous daughters who were part of history during World War II.
PHOTOGRAPHY BY FRANK ISHMAN

“As my interest in the archive intensified, particularly in Sarah Churchill’s wartime experience, it was clear that this was leading to more than an article. I was fascinated to learn that not only had Churchill brought his daughter to serve as his aide at the Yalta Conference, so had Franklin Roosevelt, and Ambassador Averell Harriman, an absolute anomaly in 1945,” she explains. “These young women and their relationships with their fathers were something truly special.” 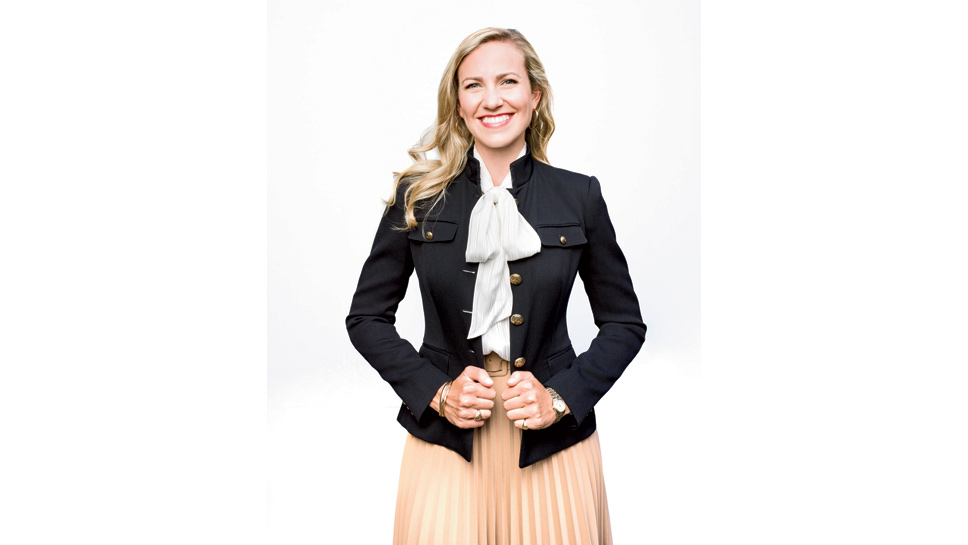 Catherine Grace Katz, shown wearing a military jacket by Ralph Lauren and a white silk top
by Ted Baker, says her experiences growing up in Winnetka helped shape the writer and
historian she is today. PHOTOGRAPHY BY FRANK ISHMAN

And there began the intensive work on the book about these “daughter diplomats.” With Harvard Law School in the back of her mind, Katz quit her job to become a writer. “The three families—the Churchills, Roosevelts, and Harrimans—were so gracious, they gave me access to a huge amount of private papers, places, and interviews,” Katz says. 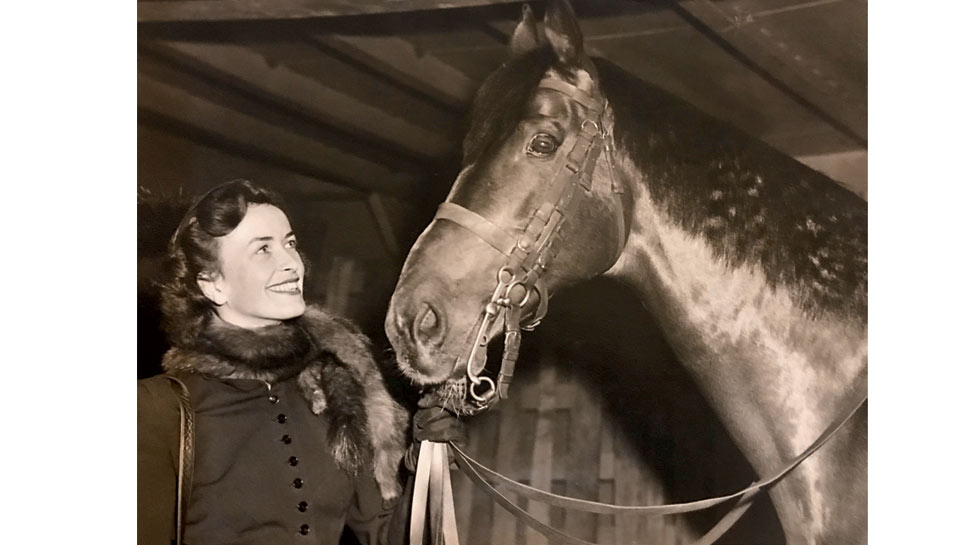 Kathleen Harriman with Fact, one of the two horses
Joseph Stalin gifted to the Harrimans, 1946. Photo used
by permission of the Mortimer family 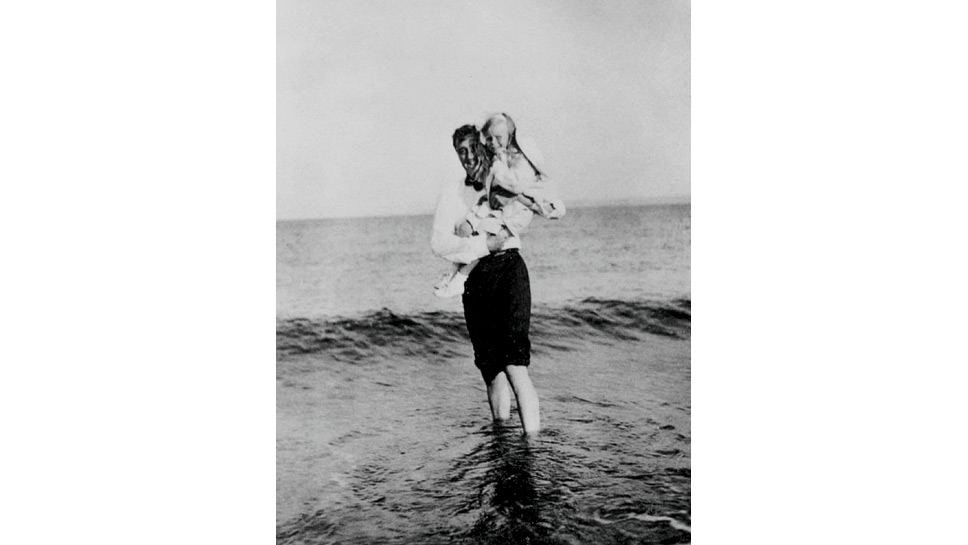 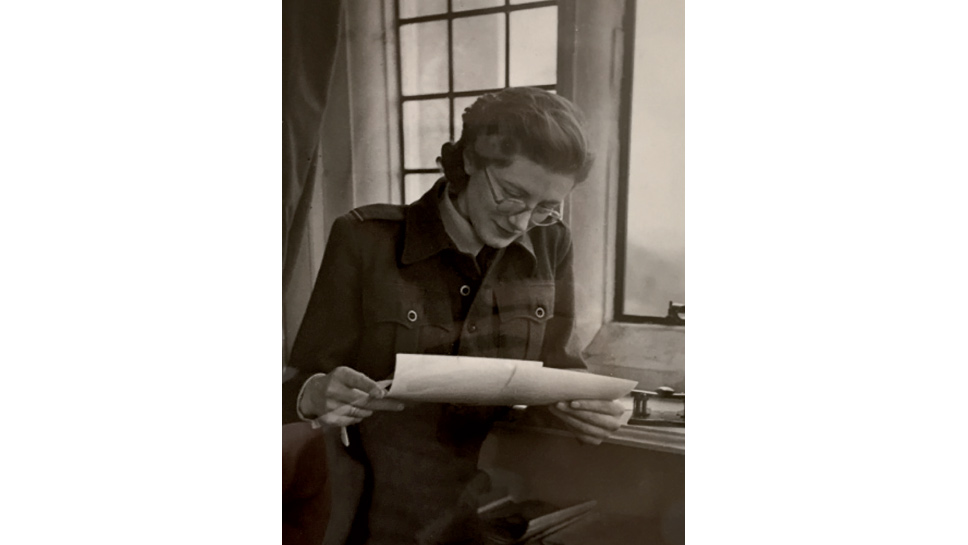 Following a year and a half of research in England, New York, and Washington, D.C., Katz went to work on a draft. With turns at an antique desk in her parents’ home in Winnetka, fireside at Chicago’s University Club, and toward the end, back in Cambridge as she pursued her JD from Harvard Law, Katz wrote the book.

She’s come a long way from that little Greeley School library but in a recent interview, it’s easy to see how Katz’s childhood experiences in Winnetka may have inadvertently pointed her to the historic moment she uncovered and is now sharing with the world.

“Growing up in a place like Winnetka, with resources and schools that nurture the love of learning, is just amazing. At Greeley, there was a Young Authors program where our stories were made into actual books. And the Star Lab brought the solar system to our library. But the best was the Pioneer Room for third graders. We got to live like pioneers in Little House on the Prairie for an entire school day,” she explains. “And, throughout my life, our family’s favorite stops in town—Starbucks and then on to Winnetka’s Book Stall. It’s one of the greatest places in the world.”

Books and baseball were two of Katz’s early and enduring interests. She played catch with her brother and dad, Marc Katz, in the backyard of their historic home. As a natural next step, her parents signed her up to play baseball while she was in grade school. The team consisted only of boys at the time, given that girls typically played softball.

“I liked to pitch,” she says, with a smile. Katz made the KWBA All-Star team. She continued playing baseball as the first girl to try out for the New Trier Boys’ team.

“Mom was one of eight girls, and my grandmother was always ahead of her time. It didn’t occur to me that girls didn’t do certain things. In our family, we were always encouraged just to do our best. So, there I was, with braids and bows, playing baseball with the boys. I loved it.”

Learning always took center stage in their family. Her interest in history grew out of a love for The Sound of Music and White Christmas as well as the music, style, and sweeping tales of World War II.

“It was a time when regular people were asked to do more. In a period of darkness, people were challenged to rise to the occasion,” she continues.

Her eighth-grade term paper at Washburne Middle School, which focused on World War II’s famous Great Escape, the subject of the classic 1963 film, would be a prelude to the research and writing she is doing today.

What’s next on the horizon for Katz?

With the book’s debut, full-scale national publicity, and then, who knows?

As Katz says, her New Trier adviser once gave her a quote from Thomas Jefferson that read, “The harder I work, the more luck I seem to have.”

One thing is certain: with equal parts hard work and good luck, Catherine Katz is one to watch.

The Daughters of Yalta is available locally at The Book Stall in Winnetka.