When artist Jaclyn Mednicov makes art, she seeks to stop time. From nature and changing seasons to special keepsakes or everyday objects, it is the concept of movement and transitions through life that are innate to her creations.

“Knowing that beauty will fade, I want to savor the moment,” says Mednicov, who grew up on the North Shore, and moved to Los Angeles and New York, before returning to Chicago where she teaches at the School of the Art Institute of Chicago and maintains an art studio. Her mediums range from oil, plaster, and printmaking, to photography. Her canvas can also include people, as she occasionally dabbles as a freelance make-up artist. With each discipline, Mednicov approaches with the same intent of crystallizing a ceremonial passage, an experience, or simply a feeling, past or present, attempting to elevate what is fleeting and portray it as foundational in her oeuvre. 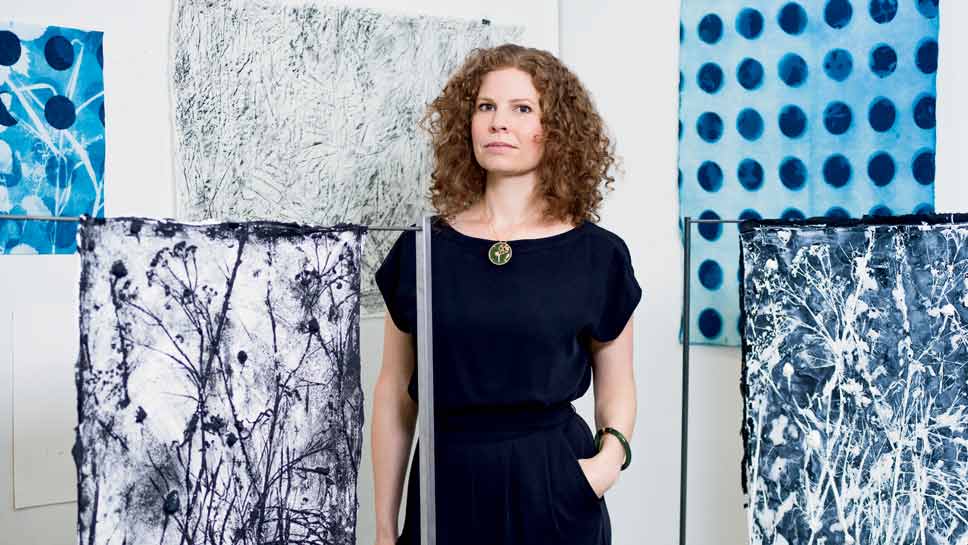 Mednicov in her studio surrounded by works from her Garden series. PHOTOGRAPHY BY FRANK ISHMAN

As a young girl, Mednicov recalls how in elementary school she was the go-to pick by peers for making the group project poster, and how she always preferred crafts over sports for extracurricular activities. Still, she was initially timid about committing to a future in art. A community center adult painting class solidified her confidence. “It’s funny because it was me, then a teenager, and about ten women, all mostly retirement age,” says Mednicov, “I ended up loving it and felt like I had found what I was meant to do.” She went on to receive a BFA in Visual Arts from the University of Kansas, an MA in Studio Arts from Eastern Illinois University, and an MFA in Painting and Drawing from the School of the Art Institute of Chicago. To support herself, Mednicov worked at MAC Cosmetics in Soho and began establishing a client base of well-known New York artists that often invited her to their exclusive gallery openings. This job was subsequent to her post as an art handler at Christie’s, noting that “the auction house behind-the-scenes look at the art market gave me the best opportunity to come in contact with works by some of my favorite artists.” Soon, Mednicov’s own career took off with solo and group shows, and prestigious recognition and awards from the Ragdale Foundation in Lake Forest, and being published in New American Paintings magazine, to a grant from the National Endowment for the Arts. 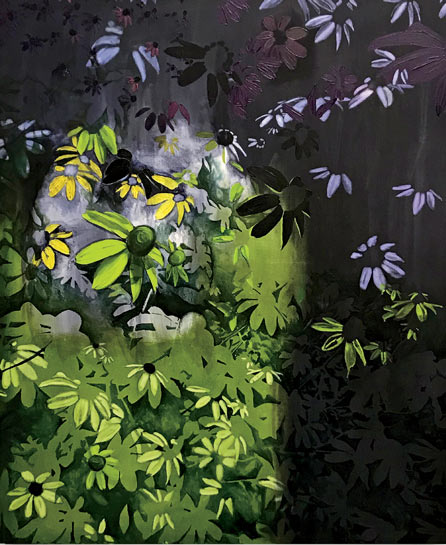 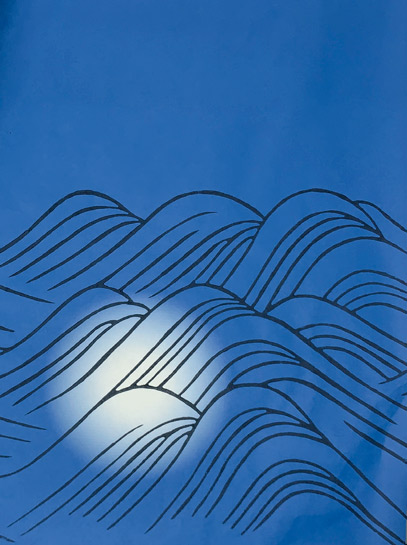 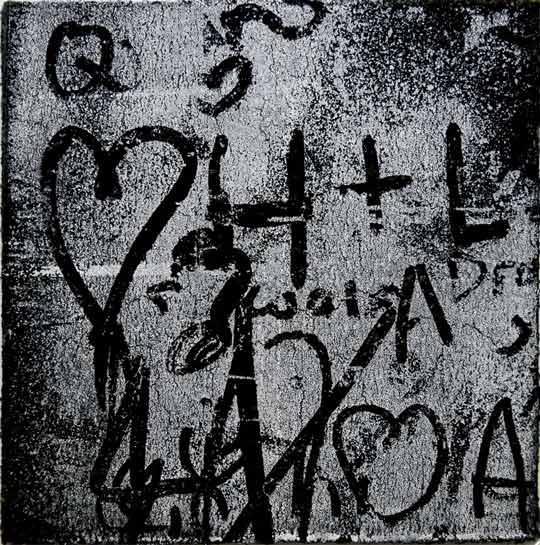 Growing up in a large family, Mednicov says she was a doodler and daydreamer content for hours with her wandering mind over playing with toys. “It was a way to escape from the high-energy of my siblings,” she laughs, acknowledging the roots and relationships traced back to her current success. “My paternal grandfather was an artist (and used plaster and floral subject matter, too), my father went to The Culinary Institute of America in New York and opened local suburban pizza and submarine restaurants called Garibaldi’s, and my uncles are both influential and entrepreneurial,” shares Mednicov, “I learned from them, along with the encouragement of my mother, the possibility of a different path and how to make my art a professional endeavor.” She considers her work to be “an investigation through a lens of impermanence and loss.” For example, in Space Between the large-scale painting depicts a base horizon of dark tones that gives way to bursts of pastel pink, yellow, and blue emerging as a bright sunrise sky. Here, it’s not the voids that surface rather the fulfillment of color and contrasts. Whether Mednicov’s viewers are witness to the motion of a weed altering in its shape or asked to independently interact as with her Heal My Head Heal My Heart installation where visitors marked the surface of image transfers with an overlay of chalk, the message conveyed is the only consistent: change is inevitable and should be embraced.

In one of Mednicov’s most recent series entitled Garden, she employs a layered technique pulling flora from her backyard and making a mold to cast plaster and acrylic polymer. These “skin paintings” appear as a soft textile or work on paper, yet the illusion further deceives as they are actually dimensional, appearing light and free-flow hanging on metal stands and wall mounts. It was during an extended stay in Japan last summer where Mednicov noted the custom of fabric dividers, known as noren, placed outside homes as a protection from the sun in summer and cold in winter, and decided to apply it to her own presentation methods. She has a penchant for taking the traditional and modernizing it to her practice. As one of eight fellows at the Spertus Institute of Jewish Learning and Leadership in Chicago, Mednicov at first took to examining the Museum’s collection of objects, owners, and histories for items confiscated by the Nazis during WWII, then switched course. “Finding it a struggle to connect, I asked each of the other fellows in the program to bring in a cherished heirloom and then transferred images of their pieces onto acrylic to make “skins,” says Mednicov. Similar to how tissue covering a body takes shape, Mednicov presents her surfaces as a protector to a deeper introspection that reveals a story or stage in the evolution of a person, place, or thing.

Today, Mednicov and her partner, Brian Anderson, an Assistant Professor in the School of Design at the University of Illinois at Chicago, are collaborating with Karakami artisans, Maruni Co., Ltd., and block printing for a future line of wallpapers. Additionally, Mednicov is trying to navigate the new ways of the world. “Lately, in this era of uncertainty, I find myself fluctuating between methods.” Her latest trend is for cyanotypes, a blue photographic printing process she debuted last Spring for participation in “ART-IN-PLACE,” an initiative of CNL Projects and Terrain Exhibitions, during the early days of the pandemic. “Similar to painting, it becomes less about my hand and more about chance,” comments Mednicov, of this chemical-based format that is now a regular in her repertoire. Spoken like a true artist, and a realist, understanding that with risk may come opportunity, and if you can capture it, long-lasting rewards.