If you’ve ever seen Greg Mottola’s marvelous 1996 indie comedy The Daytrippers, starring Parker Posey, Liev Schreiber, Stanley Tucci, Hope Davis, and the late Anne Meara, then you know that New York City is a great place to try and catch a cheating spouse in action.

On the Rocks (Apple Original Films/A24), the sixth feature film by Sofia Coppola, shares some of the same comedic sense of adventure that was on display in The Daytrippers. It’s also significant in that it reunites director Coppola with Wilmette native and actor Bill Murray, the star of Lost in Translation, for which Coppola won the Oscar for Best Original Screenplay in 2004.

Stifled writer and stay-at-home mom Laura (Rashida Jones) has her hands full with school-age Maya (Liyanna Muscat) and her younger sister Theo (played by twins Alexandra and Anna Reimer). Her busy daily routine includes getting Maya to and from school, hanging out with Theo and making sure meals are prepared, including dinner for husband Dean (Marlon Wayans), as well as trying to get work done on the book for which she received an advance.

Dean’s swamped, too, as his company is growing and becoming more successful (500,000 followers!), which means that he spends a ridiculous amount of time at the office. He also travels a great deal. It’s after one of his overseas trips that Laura becomes suspicious of his behavior.It doesn’t help that she finds a woman’s toiletry bag with a bottle of body oil in it while unpacking Dean’s luggage.

She seeks advice from friends, as well as her Don Juan-like financially successful art-dealer father Felix (Murray), before confronting Dean who says that it belongs to a co-worker, the attractive Fiona (Jessica Henwick), who wasn’t allowed to pack it in her carry-on bag. 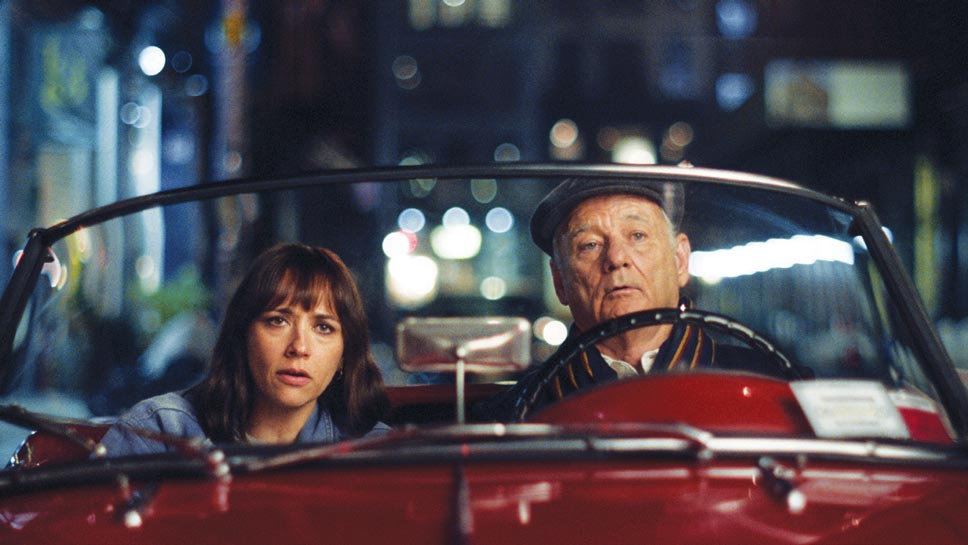 Rashida Jones and Bill Murray in On The Rocks. PHOTOGRAPHY COURTESY OF APPLE

Laura isn’t content to let it go, and neither is Felix. As a man who blatantly cheated on his wife, Laura’s mother Diane (Alva Chinn), he considers himself something of an expert on infidelity. Unfortunately, Laura lacks a strong support system, criticized by her Gran (Barbara Bain) and bombarded with inappropriate relationship stories from Vanessa (Jenny Slate), the mother of one of Maya’s classmates, and only has her philandering father to turn to. 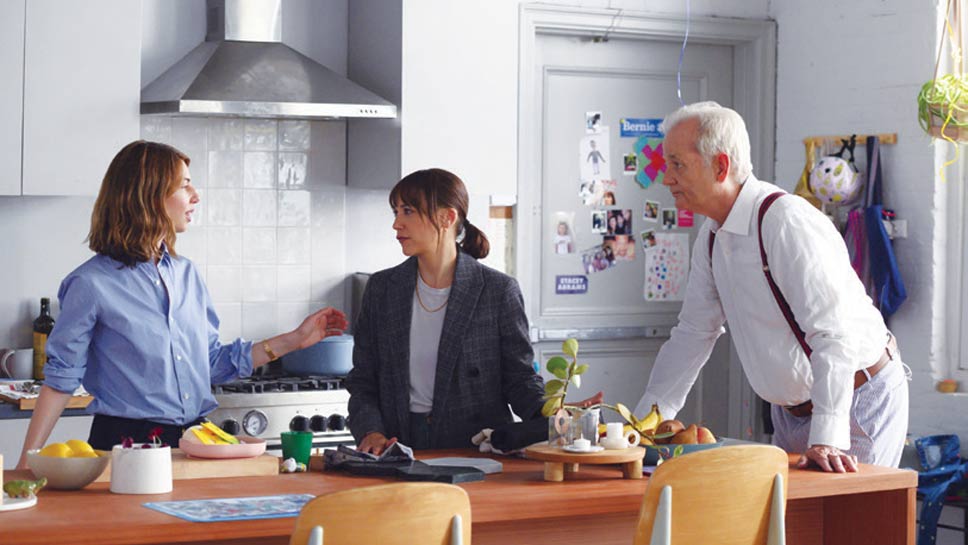 Despite Laura’s discouragement, Felix is relentless in his pursuit of uncovering Dean’s potentially unfaithful activities. He hires someone to keep on an eye on Dean. Felix convinces Laura to join him in spying on Dean one night. This sequence alone, which includes the less than inconspicuous use of Felix’s vintage red Alfa-Rome convertible, Felix’s reckless driving, and a hilarious interaction with a New York City police officer, is worth the price of admission alone.

When Dean announces a last-minute business trip to Mexico to Laura, something she and Felix were aware of from the investigator’s “hot watch” on Dean, she is vulnerable enough to allow her father to talk her into going to Mexico with him. The trip is alternately humorous and heartbreaking, and to say more would spoil the ending.

In addition to being what looks like the portrait of a troubled marriage, as well as a rocky reconciliation between a father and a daughter, On the Rocks also refers to the amount of liquor that is consumed. So much, in fact, that contact-inebriation may be possible.

Murray and Jones are splendid and believable, especially in some of the more serious moments. Murray may even finally get that Oscar nomination for which he was overlooked for Lost in Translation.