The Loyola Academy graduate and longtime CBS newsman (Plante got hired by the network in 1964, anchored CBS Sunday Night News from 1988 to 1995, and covered the White House for CBS from 1980 until his retirement in 2016) watches television news today and hears reporters deliver a dash of facts and a barrelful of opinions.

And, it seems, informing news consumers in a professional, straightforward manner isn’t enough for more than a handful of news folks anymore; they have to fire them up along the way, startle them, entertain them.

Media stars, meet movie stars. But is there enough room for both sets of performers on a red carpet?

“Most broadcast reporters are well educated and well paid, but they have become celebrities in a way,” laments the 82-year-old Plante, whose still-deep, still-authoritative voice could quiet a roomful of hungry, ornery kindergartners in no time. “It’s a popularity contest to them. The internet and social media have totally changed the job. Tweet this out, right now, or else; get as many ‘likes’ as possible on Facebook. They’re not bringing out the facts as much as we did when the options for news were essentially CBS, ABC, and NBC, at 6:30 p.m. Eastern, 5:30 Central. Remember? Remember when cable news stations weren’t around?

“Television audiences don’t trust what’s said when reports from anchors and correspondents include their opinions,” he adds less than a month before the election. “It’s very different and difficult now, separating the news from the commentary from outlets that are coming at us from everywhere and using news as a political weapon. Sorting it all out isn’t easy. But it helps if we’re aware of our biases.” Plante, who grew up in Rogers Park and attended Loyola Academy when it was a prep school for young men and located on the campus of Loyola University, lives in Washington, D.C., with his wife, former CBS researcher and CBS Sunday Morning producer Robin Smith. His younger brother, retired attorney John Plante, resides in Wilmette and invited Bill to speak via Zoom to Rotary Club of Wilmette members on September 23.

Among the topics he addressed in “The History and Challenges of Reporting the News” event was modern technologies that allow people to alter images and recordings and present them as actual images and recordings. Troubling stuff. The man who won Emmys for covering the death of Princess Diana, the Reagan-Gorbachev Summit, Reagan’s re-election campaign, and the U.S.- Soviet wheat deal fielded questions from club members afterward. 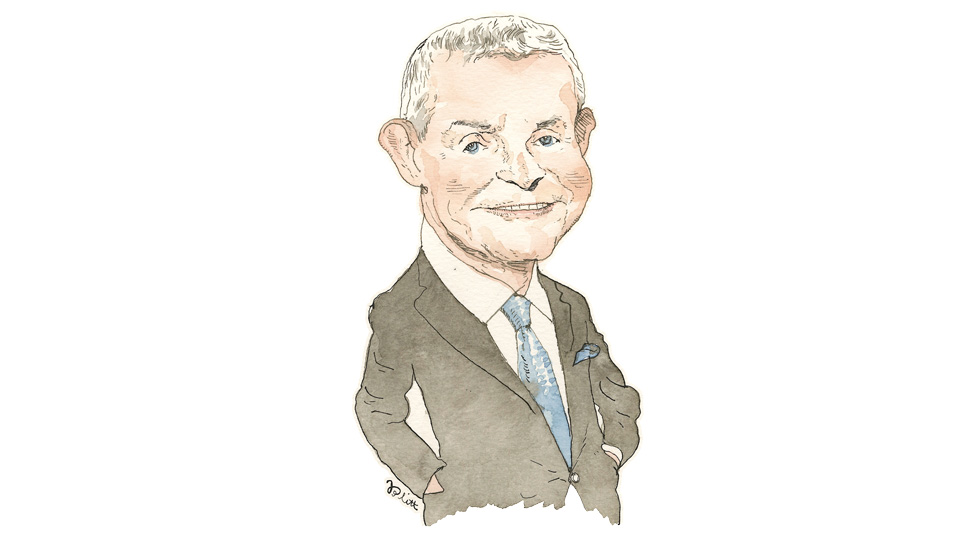 “It was one of the greatest things in my life, getting to do what I did for so many years (52), along with traveling all over the world,” says Plante, recipient of a University of Missouri School of Journalism Honor Medal and an Overseas Press Club Award for reports from the India-Pakistan War and the fall of the South Vietnam and Cambodian governments. “I had good days and bad days, just like everybody else. I got the chance to see major events unfold, to be at the edge of the ring to history. “I still love politics, and I loved being in the press room at the White House, covering U.S. presidents and presidents from other countries who were visiting. It was a privilege to be in the White House every day. I w a s blessed.” Plante graduated f r o m Loyola University in Chicago with a bachelor degree in humanities. During his senior year at LU, he worked at a couple of classical music radio stations, first in Evanston and later in Chicago. He attended Columbia University in New York and studied political science, before CBS hired him as a New York-based reporter/assignment editor 56 years ago. As a national CBS News correspondent, he was assigned to report on several civil rights movement events, including the 1965 Selma to Montgomery marches in Alabama.

Plante appeared regularly on CBS This Morning and CBS Evening News before landing duties as CBS Sunday Night News anchor and the network’s senior White House correspondent. He was a floor reporter at the 1988 and 2008 Democratic and Republican national conventions.

“A lot of people influenced me at a young age, the Jesuits at Loyola Academy in particular,” Plante says. “They encouraged me to focus, to figure out what it was that I wanted to do. I’m grateful for my time in the educational setting there. I learned more in high school than I did in college; that’s probably true for a lot of people. In college I was scattered, sort of.”

Bill Plante, a former runner who hit the pavement for a jog nearly every day, spends time reading, writing, speaking to groups, and consuming news these days. He’s also involved in the “village” movement—older residents of a neighborhood form a nonprofit community group to help one another remain in their homes as they age. Plante and his wife are founding members of Georgetown Village in the nation’s capital.

“I don’t seem to get bored,” says a chuckling Plante, who collected wine for years and was chosen to serve as master of ceremonies at a recent Heart’s Delight Wine Tasting and Auction in Washington, D.C. “Later today I’ll work on writing something for Georgetown Village. I do miss running; I’d let my mind wander during jogs, and I enjoyed the surroundings. Now, I wake up each morning and do what I can to help others.

“I live life as an optimistic guy.”