A teenaged Jeff Perry worked at a shoe repair shop in Cleveland for four years. He’d ring up sales on the cash register, resole shoes, and affix replacement heels—all while buckling down and acing class after class at John Marshall High School.

“I’d also shine shoes at work,” recalls the 54-year-old Perry, a Lake Forest resident. “I’d get teased by some classmates for doing that. But you know what I told them? I told them, ‘It’s an actual skill.’ ”

Perry later established an impressive foothold in management consulting—lasting 30 years—and recently retired as an Ernst & Young (EY) partner, having served the last several years at the international firm’s Chicago location as a global client service partner. On October 1, the day after his last day at EY, he launched Lead Mandates, which helps organizations improve business and leadership performance.

The shortest retirement, ever? 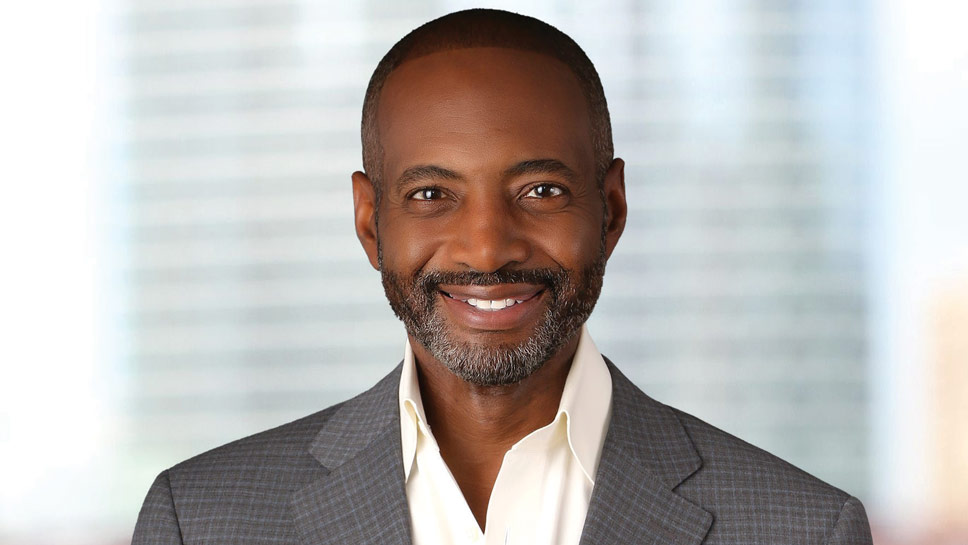 Lead Mandates’ approach to advisory can be summed up in three words: intentional, purposeful, and authentic. 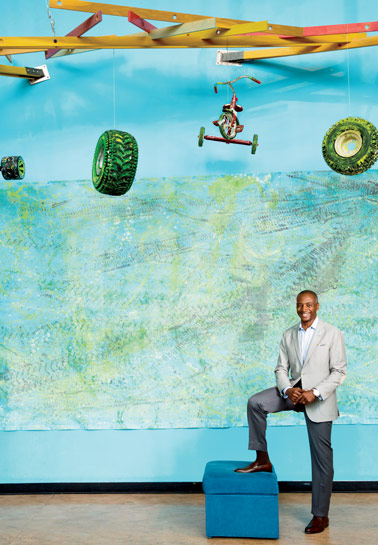 “I can fulfill my sincere passion as an independent advisor,” says Perry, who graduated from Babson (Massachusetts) College, earned his MBA at Harvard, and serves as a Babson College trustee. “Business Advisory Services help organizations achieve their strategic and operational goals in the face of unprecedented disruption and uncertainty. Leadership Advisory Services transform the effectiveness of leaders, and they motivate and inspire diverse groups of people at all levels of business enterprises.”

Disruption. Uncertainty. Behold two realities in most business circles during the pandemic.

But Perry is quick to point out that things weren’t exactly rosy before the onset of the coronavirus in the United States in early 2020.

“Disruption and uncertainty were around prior to the pandemic,” he says. “Right now, it’s important for businesses to get through this crisis. One of the important things we have to recognize is that there will be a ‘next normal’ phase, and it would be a mistake to think that any company would be able to return to the way it was before COVID-19.”

Back to Perry’s days in high school. That tenure at the shoe repair store provided pivotal experiences for the son of a Baptist minister, the late Rudolph Perry Sr., and Mattie, who lives in Medina, Ohio. But Jeff Perry’s involvement in INROADS at John Marshall High School impacted him significantly and indelibly. INROADS is a nonprofit, founded in Chicago in 1970 by Frank C. Carr, to fix the lack of diversity in corporate America.

INROADS has helped businesses gain greater access to diverse talent through continuous leadership development of outstanding ethnically diverse students and placement of those students in internships at many of North America’s top corporations, firms, and organizations.

“It exposed me to business and business issues,” says Perry, who, in 2013, became the first INROADS alumnus to serve as INROADS’ national chairman of the board. “This is the reason I have always wanted to support organizations that have a positive impact on young people.”

It therefore shouldn’t surprise anyone that the Chicago Children’s Museum chairman of the board of directors is Perry. The museum’s mission is to improve children’s lives by creating a community where play and learning connect. Meaningful play, in other words. The museum at Navy Pier closed temporarily in the spring because of the pandemic, but its annual gala is scheduled to be a virtual event on November 14, beginning at 7:30 p.m.

“We’re doing all we can to make sure the museum remains relevant during the pandemic,” says Perry, adding the gala will feature a silent auction and performances from a host of entertainers, including players from The Second City, Grammy Award-winner Justin Roberts, rapper Vic Mensa, and the Nickelodeon animation team.

Jeff Perry’s parents grew up in the segregated South, before getting married in 1947.

“My parents, especially my father, emphasized the importance of education throughout my childhood,” Perry says. “He encouraged me to take advantage of opportunities that came with education. He also knew the importance of having confidence in every environment. My father liked to remind me, ‘We all have gifts and talents; share those.’ That advice is a driver for me when advising businesses and their leaders. And, when gifts and talents are involved, there should always be an effort to focus on service.”

Perry drives golf balls as a member at Exmoor Country Club in Highland Park; whacks lefthanded paddle shots in the fall and winter months; skis; and is one of the most avid Peloton churners in the North, having completed 700- plus rides atop the stationary exercise bike.

Good Morning America featured Perry as a home rider on a recent show.