When Chef Michael Lachowicz opened Restaurant Michael at 64 Green Bay Road in Winnetka 15 years ago, it was just what the North Shore needed. White tablecloth service. A sommelier. And that signature quality every fine restaurant had in that time—the ubiquitous French twist.

“It was a restaurant from a different era,” says Lachowicz. “Fifteen years ago, anything fine dining and classic was French, at least in its origin. But there’s been a complete about face in the industry today. Now that America has grown up with its food scene and Chicago has become such a food epicenter, a lot of the fine dining that was on the North Shore 20 years ago is gone … but we’re still here.” 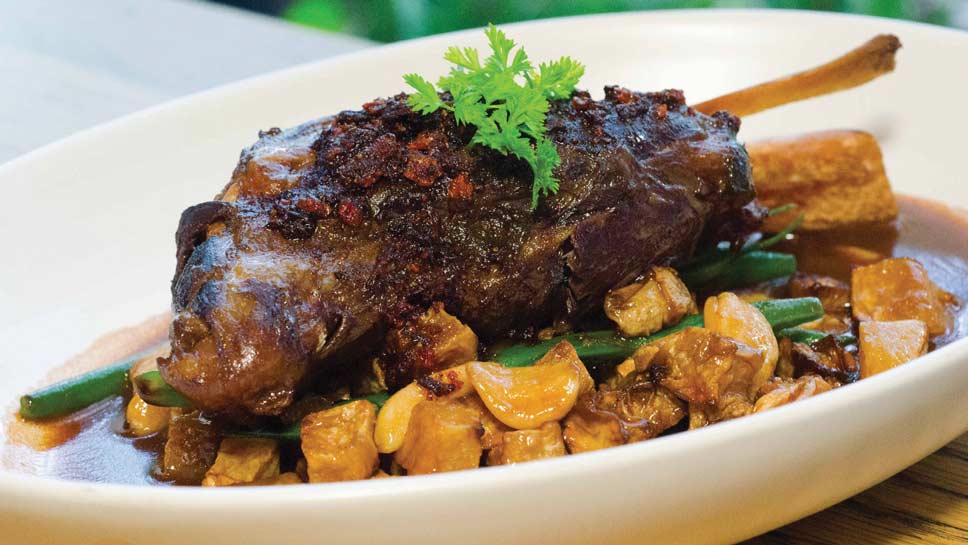 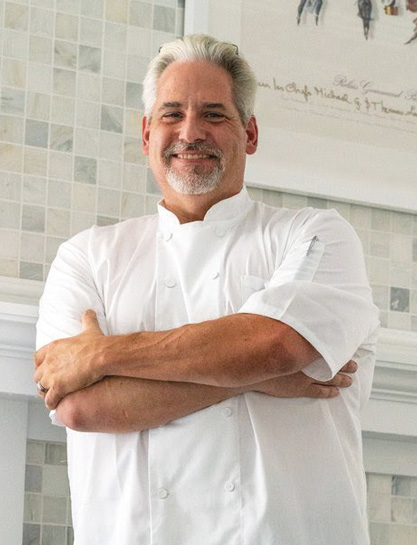 Not only did Lachowicz see the change that was coming in waves of younger, less formal, residents making the North Shore their home but also the lure of the city as an internationally recognized food destination. So, he did what any good restaurateur does. He adapted. He pivoted. And he forged a new culinary path with the trio of restaurants that are today part of the highly acclaimed George Trois Group in Winnetka.

“In 2019, I had to make some serious decisions,” says Lachowicz of his move to sell off part of the business and open the more casual but still “foodforward” Aboyer—accompanied by the fine dining companions of George Trois and Silencieux. “Otherwise I would have fallen on the same sword. I miss Restaurant Michael, and the cacophony of silver and all that etiquette that goes along with it. But that’s all gone now … we have to evolve to stay alive.” 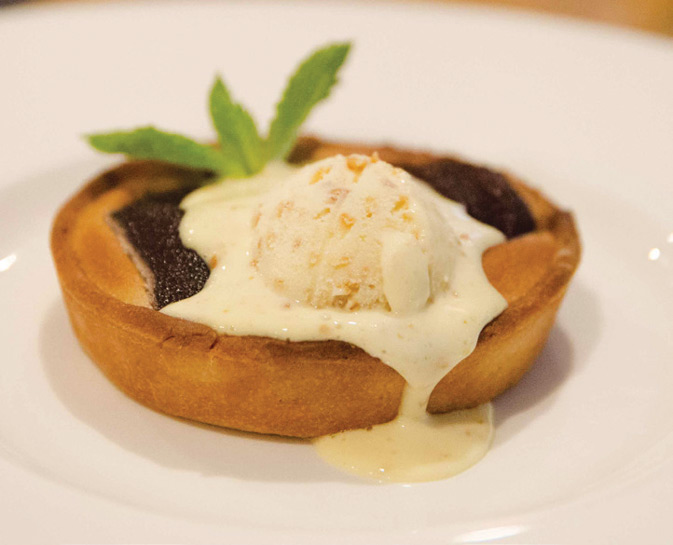 Earlier this month, Lachowicz celebrated the history of that iconic North Shore staple and his 15-year legacy of fine dining with “Memories of Restaurant Michael,” a series of anniversary dinners and special menus. “I still have echoes of that era when people dressed up to go to dinner,” he says wistfully. “But Silencieux was designed to be Michael 2.0.”

While that third installment in the George Trois trio remains closed during the pandemic because it would be too difficult to socially distance the tables, it will definitely return. Both Aboyer (with its heated Le Patio Aboyer) and George Trois are back open three days a week (Friday through Sunday) and have been a welcome respite for diners seeking the luxury of pre-pandemic food and service—with required safety precautions, of course.

“I regularly get 50 to 60 people on the patio and 30 people indoors, because we’re doing it properly,” says Lachowicz. “We’re succeeding through these times because I installed air infiltration systems, because I was really adamant on social media about how we’re going to do this and if you don’t like it, you’re not coming in. If I have someone argue with me about a mask, I will not engage. If that makes you uncomfortable, we’ll pack your food to go.”

And that’s another culinary trend that the chef says he never dreamed he’d embrace. 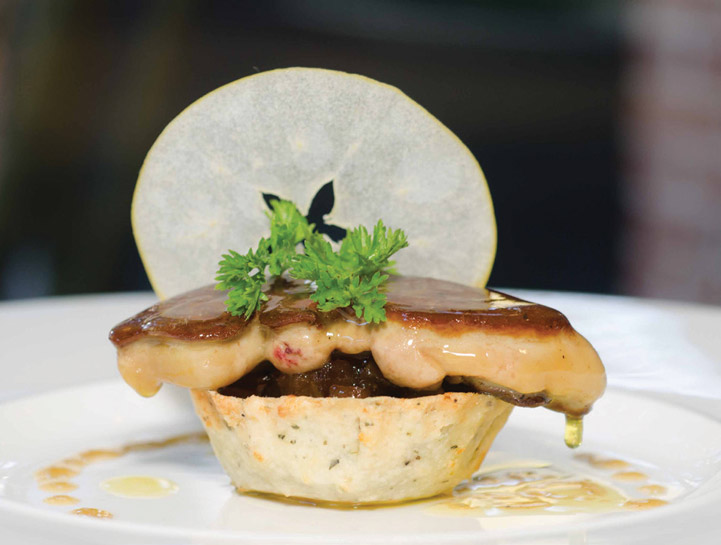 “If you would have asked me 15 years ago if I’ll do carry out, I would have laughed in your face and walked away,” he says. “Right now, it’s one-third of my business.”

Lachowicz was not only prepared to take on this once unthinkable task, but he says that within weeks of the state shutdown, he had a plan for how to make the George Trois experience available for takeout with gourmet meal kits.

“By the 20th of March, we were ready,” he explains, adding that he is also considering a nine-course meal option for either pick-up or in-person delivery. “I could either have it prepared for them to carry out with explicit instructions on how to unfold the blanket themselves, or I could bring it to them or unfold the blanket … my presence would cost extra though.” 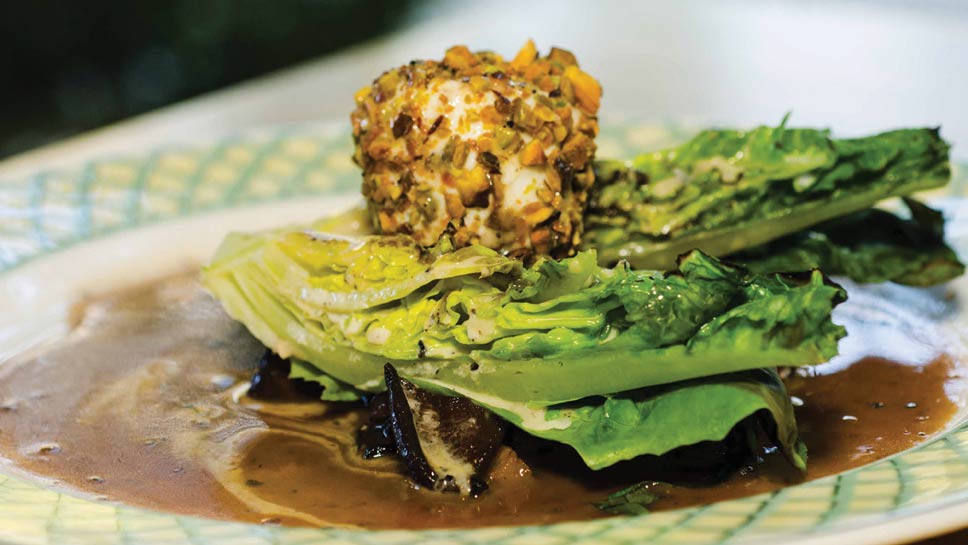 With a series of special menus continuing through the summer and fall, the George Trois Group had more than enough test runs to perfect the carryout offerings just in time for the holiday season. Whether you choose to dine in (safely and socially distanced) or have an entire meal prepared for takeout, Lachowicz is bracing for a busy season.

“For Thanksgiving, I already have 70 reservations for carryout and 40 reservations for dining in. I foresee the same thing for Christmas,” he says, adding that he has one of the best culinary teams in the business. “We’re in really good shape. My numbers are good with revenue and strongly supported by a strong clientele for 15 years. I think it also helps that I’m not frugal as much as I’m pragmatic. I’m really hard to kill. I’ve seen too much to fall under the sword.”

On behalf of North Shore diners everywhere, we are grateful.

To make a reservation at Aboyer or George Trois or to place a curbside carryout order, call the restaurant directly at 847-441-3100 or make them online at tock.com/aboyer. Carryout pick up times are 5 p.m. to 10 p.m. Guests may request their pickup time when calling in their orders. They will be given instructions to make the pickup process seamless and safe. Aboyer and George Trois are located at 64 Green Bay Road in Winnetka. For more information, visit georgetroisgroup.com