Jody O’Connor’s black-and-white photograph of the blinds in her Edgewater apartment features shadows and light. Some of the shadows blotching the white slats could pass for either gnarled tree branches or the talons of an enormous eagle.

It’s one of 200 edited images in her “Interiors” series.

“If you had told me, months ago, that I’d take that many photos in my place, I never would have believed you,” says O’Connor, a native of Wilmette and cofounder and owner of InLight Fine Art Photography, which provides a variety of photographic services for the North Shore and Chicago areas. “A lot of the pictures focus on light in this crazy COVID19 time.

“Light is positive,” she adds. “Light represents hope to me. Maybe all of the photos I edited are about hope.”

O’Connor, an alumna of Woodlands Academy in Lake Forest, didn’t take her first photography class until her freshman year at Loyola University i n Chicago. A professor named Peter Jones taught the course. O’Connor ended up majoring in political theory and minoring in photography. “My professor’s passion for photography rubbed off on me,” says O’Connor, the daughter of pianists and the sister of a pair of artists. “I remember the first serious photo I took. It was of a flower, surrounded by greens, in Michigan, where one of my sisters and her husband lived. Only the flower was in focus. “I fell in love with the process of photography.” 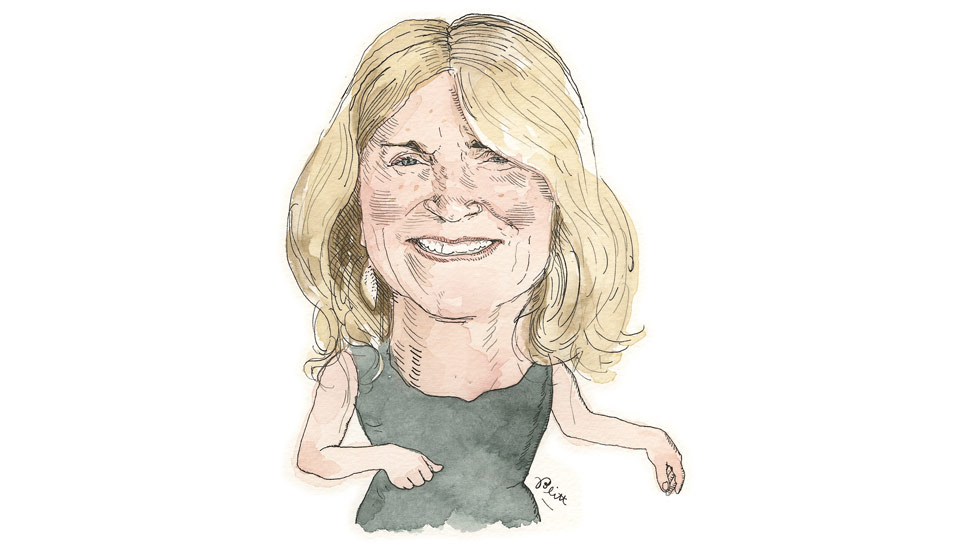 But O’Connor—the mother of six grown children (ages 38 to 26), with her husband, Wilmette native and Loyola Academy graduate Matt O’Connor— isn’t all about apertures and shutter speeds and megapixels. She’s also curator of Evanston-based Gallery OTR (Over The Rainbow), which offers exhibit space for local artists and raises thousands of dollars for OTR’s Resident Services Program; curator of Catholic Charities’ After Supper Visions (ASV), a program that serves food to the homeless and the near homeless and distributes free cameras (disposable and digital) to the Tuesday diners; and chairperson of the board of Bandwith, which provides exceptional musical instruction to the youth of underserved Chicago communities.

“Wonderful work, moving work, has been turned in by our After Supper Visions photographers,” says O’Connor, in her 19th year with ASV. “For one recent exhibition we asked them to show us their world. They did. One took a picture of their home—under a viaduct. Another, who’s nearly a quadriplegic, took a series of outstanding photographs, including one of train tracks, with light a prominent theme in it. Taking pictures gives them something to do, allows them to explore the city. It’s an escape for many of them.”

ASV develops film, talent, and hope. The 2020 ASV Photo Exhibition scheduled for June 12 to 14 was postponed because of COVID-19. The dining room at the Catholic Charities Archdiocese of Chicago location, 721 Nor th LaSalle Drive, would have been transformed into a photo exhibit again, with all proceeds benefitting the artists.

The program is partially supported by a grant from the Illinois Arts Council Agency.

Statements from artists before previous exhibits appear on the ASV website.

“I am so proud and humbled to be in this show,” states a man. “I have, for so long, been called a loser, a good-for-nothing person. Today I know I am none of those negative things. I can truly say I feel a part of something good.”

“I love to take pictures of colors and shapes,” says a woman, who had heard about the opportunity to attend ASV photography workshops on Tuesdays from a friend. “A picture to me is artwork … each tells you a story about something. As a child, I was in art classes, and I find art is a melody; it is also like a book, with a beginning and an ending.”

As a Wildcat at Woodlands Academy, O’Connor created scoring chances and turnovers from a “rover” position in 6-on-6 girls basketball games. She also made something else at the Catholic school for young women on Westleigh Road in Lake Forest.

“Dear friends,” O’Connor says. “One of my best friends today, Suzanne, was a boarding student at Woodlands.”

O’Connor’s first job after her Loyola University days was criminal researcher for the American Bar Foundation, a post she held for three years. Busy years raising six children followed, but the abstract photographer found time, along with blessed stretches of peace, in her basement’s darkroom during those years. Darkrooms? Remember those?

O’Connor’s mother died from cancer in 1996. During the journey, including radiation treatments, Jody took rolls and rolls of film of her mother.

“It was a project where I didn’t look through the camera while taking the pictures,” O’Connor recalls. “I’d enter a room and then snap, snap, snap. All were black-and-white photos. They turned out pretty blurry.”

But blurry was a fitting finish for each of the images, given the gravity of her mother’s battle.

What’s clear today is Jody O’Connor’s healthy approach to life. Each day to her is a gift, a precious chance to interact with friends and listen to music with her husband. She rides her bike practically every day and swims often.

“Even when it’s 40 degrees and rainy and miserable outside, I’m on my bike, getting my exercise,” O’Connor says. “I get plenty of sleep, and I rely on meditation and prayer. This pandemic … you can’t control it. You can’t worry about it. If it ever gets you down, get up and dust yourself off.”