Susan Newman’s spiral is better than yours. It must be. The Highland Park native whips a football to her father, Dave Gordon, at Sunset Woods Park in Highland Park up to three times a week. He chucks it back to his daughter. She uncorks another pass to Dad.

It’s that touching, lumpy-baseball-in-the-throat father-child scene at the end of the movie “Field of Dreams,” minus the cornfield and baseball gloves. Kevin Costner’s character in the flick, haltingly: “Hey, Dad … you want to have a catch?”

“I have a pretty solid arm,” Newman, now a resident of Chicago’s Lake View neighborhood, says.
Newman isn’t a seventh-grader or a junior in high school or a senior in college, but if she were any of those, she’d be able to spotlight her NFL-ready wing with help from school2life, an education agency born in 2009, and its digital gallery—a platform that allows students, from middle schoolers to collegians, to showcase their unique accomplishments, abilities, and experiences in and out of the classroom for eyeballs at the next level.
The founder and chief education officer of school2life? She’s also a longtime marketing instructor at Columbia College- Chicago, which happens to be her alma mater.
Goes by the name Susan Newman. 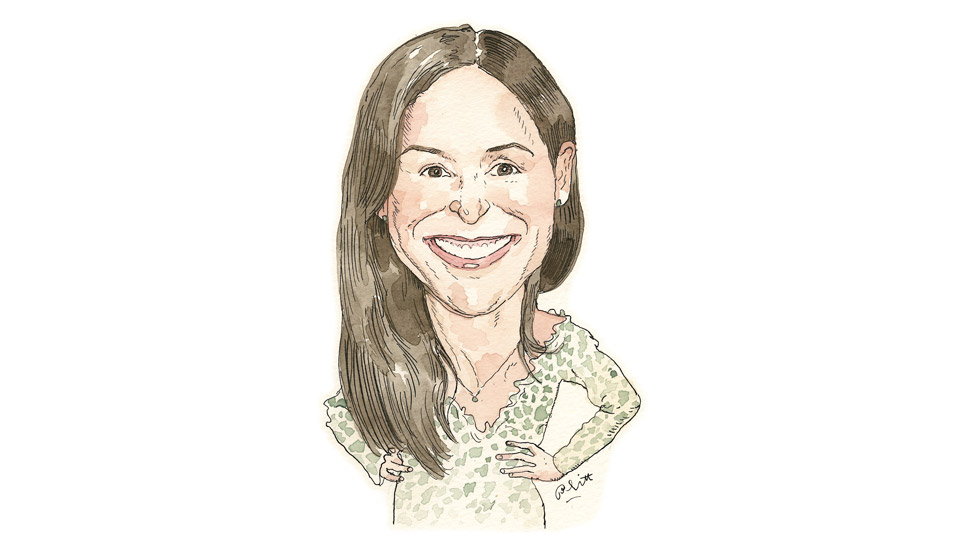 “We’re bringing back ‘Show and Tell,’ ” says Newman, a career marketing and advertising professional, with stints at Leo Burnett and Make-A-Wish Foundation, among other posts. “Our job is to help students understand their value and then walk them through the storytelling process. The best and most effective way to sell yourself is to do it with relevancy, sophistication, and confidence.
“I have the best job in the world,” adds the mother of two (Lane Tech students Alex, a 16-year-old daughter, and Zach, 14). “I don’t even consider it work. I get to help students and young adults recognize their value, capabilities, and potential. I get to instill confidence in them, sometimes as they’re just beginning to figure out their strengths. How fortunate am I? These wonderful, active students, they’re self-assessing and self- advocating at a young age. Why wait until college, or later, to learn valuable skills like that?”
Say you’re an eighth-grader, aiming to get into a selective high school. Presenting a personalized yearbook, via Newman’s venture, for Ms. Admissions Counselor could be the ammo that transfers your application from the wait-list pile to the you’re- in stack. A school2life gallery tells a student’s stories, from figuring out the path to straight-A status to the inspiration behind starting a wildly popular school club to the series of arresting artwork covering most of the fridge’s door in the kitchen.
It’s a conversational vehicle, splattered with visual accents.
Links to school2life galleries adorn students’ college applications these days.
But one of Newman’s favorite school2life clients was a sixth- grade basketball player who pivoted on his own one day—and the maneuver had absolutely nothing to do with a shift in direction on a hoops court.
“The boy recognized he was too advanced as a basketball player, and that he wouldn’t benefit much were he to continue to participate in that particular program,” Newman says. “So he decided to approach the coach before a practice and said, ‘I’d like to learn about coaching basketball. Would you be able to help me?’ The coach was blown away by the boy’s initiative. Wanting to learn to coach a sport became a part of the boy’s gallery. The fearless boy had taken a chance with the request, one that was received with excitement and some surprise and, ultimately, a ‘Yes.’ ”
A digital gallery platform makes it easy for students to document events as they go. Plus there’s nothing wrong with
acquiring marketing skills outside the classroom setting well before the first day of high school.
Newman, the high school student, aced her Make a Winning First Impression course while working as a waitress at Kip’s Deli in Highland Park. She received zero credits for the course because it wasn’t an official class at Highland Park High School. It wasn’t offered at any school, actually. Her trusty pass catcher, also known as her father, couldn’t stress enough the importance of those first few seconds of an interaction with a new acquaintance.
Or any hungry, sleepy customer.
“Hey, at Kip’s I had to communicate with people at 6 a.m., before their first cup of coffee,” says the animated Newman, who, back then, also worked the Friendship Booth at Ravinia Festival and grew up to the not-far-from-her-house sounds of that “Looks Like We Made It” warbler and occasional Ravinia headliner, Barry Manilow. “I took that seriously, taking care of diners, dealing with their various moods, staying positive at all times, following through, being relatable. Important stuff. Call it ‘street smarts’ if you’d like. Nobody teaches you those. You learn things like those on the run.
Newman designed school2life Gallery based on best practices from teaching thousands of students since 2001, to successfully market themselves landing internships, jobs and other growth experiences in education and industry.

“We are,” Newman says, “our own PR, right? Think about college students today, as well as recent college graduates.

They all have stories to tell as they near job-bound status, and some of the best stories span from a middle-school year all the way to that senior year in college.

“So much in life is about communication, isn’t it?” Newman says. “Conversations are vital; they get things rolling, generate opportunities. Practical, actionable stuff. When I teach, when I work, I’m preparing students for what’s out there in the real world. I want, more than anything else, my students and clients to thrive in their pursuits. I love providing a platform for students to communicate their accomplishments.”
Touchdown, Susan Newman.