How did Tony DeRose roll in high school?

As a tire boy for his father’s Libertyville-based company, Berry Tire & Auto, that’s how. For years he’d deliver tires and change tires for the shop on Milwaukee Avenue.

Who knows? Maybe he’d even dribble tires, two at a time, to improve his efficiency at work— and simultaneously sharpen his ball-handling skills in basketball—en route to jacked-up vehicles.

To change things up at Berry Tire & Auto, Tony the Teenager would change oil.

“I’d do light mechanical work, too,” recalls DeRose, whose father, Dan DeRose, served Berry Tire & Auto as general manager for nearly two decades before buying it in 2002. “I liked the mechanical side of anything. Still do. Work was a priority for me in high school, and I liked watching my dad work; he worked hard at Berry Tire, worked hard to provide for our family.

“Dad,” the 1993 Libertyville High School graduate adds, “is a car guy, like I am. He took me to car shows. He grew up in a family of motorheads.”

You could call Tony DeRose a red-truck guy today. Or a fire-engine head. The 45-year-old was named Glenview Fire Chief on July 1, after having served the village as interim fire chief following the retirement of former chief Ralph Ensign in August 2019. Prior to earning the lofty rank for a village of 47,000, DeRose attained nearly as many titles at Countryside Fire Protection District in Vernon Hills as the number of book titles on the shelves of a local library’s reference section.

The mission of the Glenview Fire Department and its 80 sworn members is to provide highquality suppression and emergency medical services in a fiscally responsible manner. The department has more than 60 State of Illinoislicensed paramedics who also function as firefighters.

“It’s an incredible opportunity,” DeRose, a resident of unincorporated Grayslake, says of his new post. “I’m still learning, still excited. It’s been good, definitely good. Glenview is a great community that deserves the level of service our dedicated members provide. All of us in the department are prepared to meet the expectations of Glenview’s residents and solve any problem that arises.

“The calls we get, they never get old,” he adds.

“They’re never the same. You never know what you’ll have to face, and you do all you can to manage your emotions in the face of great pressure. Each call presents a new challenge. Each call keeps you thinking.”

Each day the Glenview Fire Department has an adequate supply of personal protective equipment. That’s certainly paramount in pandemic times. Priority No. 1 for DeRose, some 27 years after his senior year at LHS? 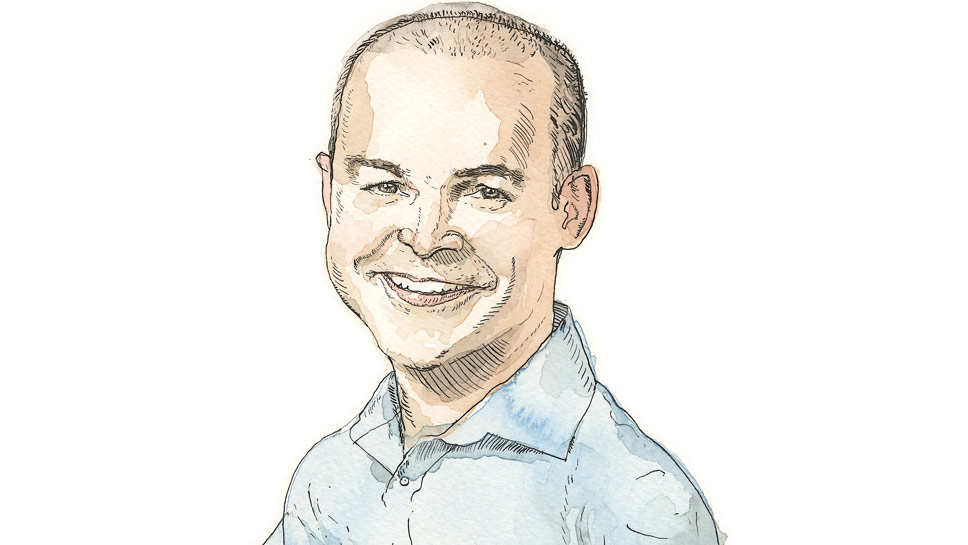 “Chief DeRose,” Village of Glenview Manager Matt Formica notes in a statement, “has done an outstanding job leading our fire department during these difficult times of public health crisis. We are confident Tony’s sound leadership and extensive experience make him the ideal person to lead our high-quality team of fire and EMS professionals.”

DeRose served for four years in the U.S. Air Force at a base in North Dakota. Shortly after the stint he worked part-time as a firefighter at the Countryside Fire Protection District and later toiled as a carpenter, remodeling kitchens and baths. But the most significant gig in his twenties might have been waiting tables at a restaurant, where he met a colleague named Casie. They hit it off in between orders and refills. DeRose socked away his tips and other wages and purchased an engagement ring.

Tony and Casie got married and have two children, a 16-year-old son and a 15-year-old daughter.

Early on in his firefighter days, DeRose worked a 24-hours-on, 48-hours-off schedule, meaning he’d get to spend three glorious days per week at home with his kids. On those off days he enjoyed hearing an alarm in the morning that had nothing to do with a five-alarm fire. It blared instead from a clock with a snooze button.

“I absolutely love fatherhood,” DeRose says. “I cherish every minute of it, because it’s incredibly rewarding. My work is, too, and nothing is as important as having that lifework balance. I want to be with my kids as much as possible. I like hanging out with them on a boat, while fishing, while doing anything outdoors. My son and I ride motorcycles and check out car shows together.

“My family likes to travel.”

His leadership style at work hums along at 45 mph in a 45-mph zone. Steady. Would anyone be surprised if the way Tony DeRose runs the show at Glenview Fire resembles the way Dan DeRose guides employees at Berry Tire & Auto? Then there’s the band of military personnel Tony observed and obeyed, as well as the interactions he had with his previous bosses in fire service. “Lots of influential people in my life and in my career,” DeRose says. “I like the collaborative approach to leadership more than any other approach. I often ask, ‘How can I best utilize a person’s strengths in our department in a certain situation?’ Empowering the exceptional people that I work with is important to me. Participatory management, to me, is the most effective way to maintain a healthy, productive work environment.”

DeRose runs in the morning. Lifts weights, too, sometimes five days a week. But several years ago, he shed a good chunk of muscle—his prized muscle car, that is. Sold it. The future fire chief wanted to spend more time atop water.

“I bought a boat,” he says. Perfect. DeRose would get to bond with his son on Gages Lake in Warren Township.

Unless, of course, Tony’s son had to report for work to—where else?— Berry Tire & Auto.