Decades ago, when Ted Stewart was a toddler, all things in his family’s house in New Hampshire had a shaky shelf life. Little Teddy was a bootieswearing bowling ball.

Everything under the roof was a pin.

You remember Bamm-Bamm, the adopted son of Barney and Betty Rubble in the animated sitcom The Flintstones? Bamm-Bamm toted his club everywhere, and it didn’t always rest on one of his shoulders.

But Stewart and the others on the Lake Forest Country Day School (LFCDS) Reopening Team formed a sturdy bedrock of a 2020-2021 plan ahead of the first day of school, August 31. COVID-19 concerns forced the 132-year-old school and other structures built for learning to deploy a Remote Learning curriculum in the spring.

This fall LFCDS students will transition back to on-campus learning under new protocols. Each day in the first week (August 31-September 4) of the school year will be a half-day on campus; starting at 1:30 p.m. during that week, Lower School and Upper School students will engage in remote lessons from home.

In an August 8 online letter to LFCDS families, LFCDS Head of School Joy Hurd writes, “We believe that building and maintaining the skills needed for remote learning from the beginning of the year will help ensure a smoother transition to remote learning if it becomes necessary later in the (school) year.”

LFCDS folks have plenty of reasons, notably the light average class size (10-12 students, Stewart reports), to feel confident they’ll be able to welcome the student body with sunny smiles or gentle elbow bumps or earnest nods for an extended period of time.

“We’re fortunate and thankful that our facility is a huge one,” says the 41-year-old Stewart, a former three-sport Little Green athlete at Central High School in Manchester, New Hampshire, and ex-football coach and assistant director of admission at Lake Forest Academy (LFA). “Social distancing, we can accomplish that fairly easily in our school. Every decision we make is with the best interests of the students and the students’ needs in mind, along with the health and the safety of our faculty and staff.

“Our plan in place is a good one.”

LFCDS’s “PE Live!” livestream last spring was a moving one, physically and emotionally. All homebound students participated each school day. Instructors could view students; students could view instructors. It emerged as a combination of exercise, team building, and dance party.

“It was exciting, engaging,” Stewart recalls. “It also got pretty competitive.”

Each “PE Live!” session ended with the playing of the song “That’s What Friends Are For” by Dionne Warwick.

“That song,” Stewart says, “had the best message.”

But Stewart, a Lake Forest resident, wanted to add some oomph to the livestream by providing something special for the gym students at the end of an upcoming rendition. He brainstormed for it in his bedroom one night. Ideas pinballed here, caromed there.

The mental zigs and zags subsided when it finally bamm-bammed him: Dionne. Reach out to Dionne. Stewart then headed to a keyboard. 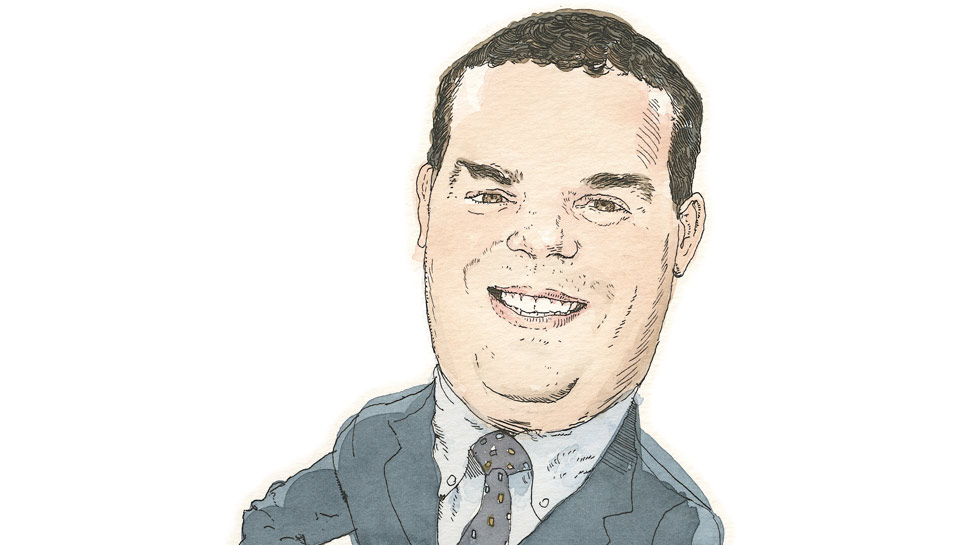 “I emailed Dionne Warwick’s fan club,” Stewart says. “Dionne’s people then contacted me within 24 hours. I wanted to know if Dionne would be interested in singing for us during ‘PE Live!’ Guess what? She sang our Dionne Warwick song for us, and the kids sang with her.

“I cried. That was awesome.”

Also splendid: LFCDS’s recent hiring of former LFA and University of Iowa football standout Faith Ekakitie. The Winnipeg Blue Bombers selected Ekakitie, a defensive tackle, with the No. 1 overall pick in the 2017 Canadian Football League Draft. The 27-yearold played one season with the Blue Bombers and another with the Mon – treal Alouettes.

“I’m super excited that he’ll work with us,” says Stewart, who coached Ekakitie at LFA. “Faith, like all of us here at Lake Forest Country Day, cares about kids.”

A kid who competes in football and in swimming in high school is Halley’s Comet rare. Collide with behemoths one season, slice through water the next. But Stewart, a former offensive lineman and 200-yard freestyler, achieved that unusual double at Center High in the Granite State.

“Different sports, in a lot of ways,” says Stewart, who ditched his swimming cap and donned a football helmet at Hamilton College in New York. “I got worse as a swimmer each season. I’m glad I did both sports, though, because I had the opportunities to experience different mental approaches each year. I still appreciate that to this day, especially as a director of athletics.”

“Coach Lyons was a good listener, empathetic, and very firm,” says Stewart, the father of four— ages 15 to 16 months—with his wife, Catherine, an attorney. “I learned a lot from him. He communicated well, demonstrated solid leadership. And he was collaborative when I was there. When I started at Lake Forest Country Day, I was more of a manager. Now? I’m more of a leader.

“Connecting with kids and colleagues is critical in the field of education, particularly during these challenging times,” he continues. “It changes your way of thinking, this pandemic. Don’t you think? All of us, we’re thinking about dealing with life in the best way. I’ve reshaped the way I think about teaching and being a father.”

Stewart says that COVID-19 did not come “with a manual” but that’s he confident the team at LFCDS will chart the course for a successful school year.

“I’m optimistic,” he adds. “We’re going to get through this.”