Longtime television newsman and Highland  Park resident Kevin Tibbles covered Princess Diana’s funeral in London and marveled at flowers across streets and sidewalks stretching as wide as the Mediterranean. He reported to NBC Nightly News anchor Tom Brokaw from a rooftop in Baghdad after a coalition bomb run and watched U.S. Olympian Michael Phelps “King Midas” his way to a Brink’s truck of gold medals in swimming pools.

An awed, wide-eyed Tibbles managed to catch his rapidly descending jaw near the top of his shoes as he stood near Nelson Mandela.

“One year, while I was eating my Thanksgiving dinner at home, I got a phone call,” the 63-yearold Tibbles, in his 25th year as an NBC correspondent, recalls from his summer abode in his native Canada. “I ended up in Pakistan later that day.

Kind of cool, to Tibbles? Tibbles’ opportunity to observe Iraqi parents and their children eating orange-flavored ice cream after hostilities had ceased in the region. It wasn’t a dramatic Peace Finally Reigns scene, but it moved Tibbles. Made him smile.

Typical journalists look for the obvious pictures, listen for the loudest noises. Other journalists— the patient ones, the curious ones, the enterprising ones like Tibbles—interview the star ballplayer’s batboy instead of the star ballplayer after the big game or kick off a hurricane piece with footage of a University of Miami Hurricanes pennant floating in the Atlantic Ocean instead of videotape of a splintered beach house.

“I tend to like and appreciate the smaller things I get to see and experience in journalism, as opposed to the grandiose moments,” says Tibbles, who has appeared in segments for NBC Nightly News with Lester Holt, Today, and Meet the Press, among other programs. “I’ve always been grateful to be the eyes and ears of others wherever I happen to be. What I’ve learned—what I’ve been privileged to learn in this field—is that no matter where you go, people, essentially, are the same. Parents all over the world want a better future for their children. And children want to have fun.”

Tibbles knows exactly what ignited his interest in journalism. A visit to the house of a family friend often meant time in the den, where walls were covered with framed front-page clippings of newspapers. 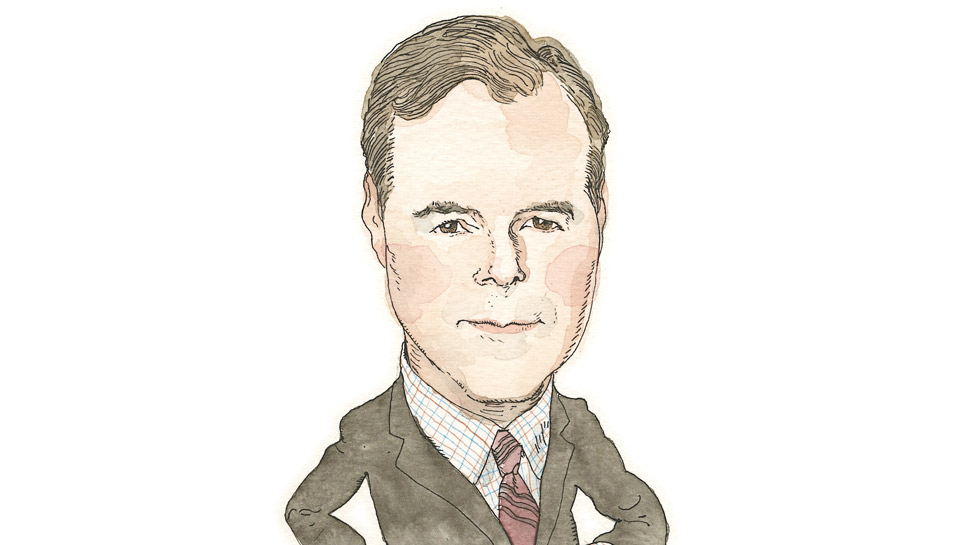 “I’d sit there and stare at them until it was time to go home,” says Tibbles, who worked as a foreign correspondent for the London bureau of NBC News before transferring to Chicago 20 years ago. “I’d have a pop in my hand. Oh, wait. Maybe I should call it a soda. I remember looking up at one newspaper page with a photo of Neil Armstrong on the moon. I also remember thinking, ‘OK, I want to be journalist.’ In high school I was shy, introverted. I liked to read. When I read The Sinking of the Lusitania, I realized the world is a lot bigger than I’d known. The seeds of my desire to travel and see the world were planted in high school.”

Tibbles earned his Bachelor of Arts degree in journalism at Ryerson University in Toronto and then became a cub reporter for a Toronto TV station. He chased fire engines and ran to editors after filling film canisters. He also courted the creative graphic artist, MarieAndree “Aimee” Laberge, in charge of designing the on-air, over-the-anchor’sshoulder images. Today Laberge is director of cultural programs at Alliance Francaise de Chicago.

And Tibbles’ wife. They have two children: son Andreas, 30, who works for the Canadian government in Ottawa; and daughter Marguerite, 27, a fish biologist in Fairbanks, Alaska.

“Our children were 9 and 7 when we looked for a house in beautiful Highland Park,” says Tibbles, a hockey buff since birth and a man who, in 2000, knew oodles more about Chicago Blackhawks Keith Magnuson and Stan Mikita than he did about Ravinia Festival and the Highland Park locations of scenes in films directed by John Hughes.

“We didn’t know anything about Highland Park, didn’t know a soul in Highland Park,” Tibbles says. “My wife and our kids were sitting in front of Braeside School one day, shortly after our arrival, when the principal came out and asked if we needed any help. She then took our children inside and showed them around. That was such a warm welcome.

“All of our parental apprehensions, at that moment, evaporated.”

Tibbles still loves hockey. Still plays it—“with a bunch of old men,” he says, on Friday nights at Centennial Ice Arena in Highland Park. But not lately. Some formidable and out-of-this-world rookie, COVID-19, hasn’t allowed a goal, or a skater to even hit the ice, since mid-March.

“I am as confused and as scared and as hopeful as anyone else is,” Tibbles says. “This pandemic, it’s certainly a reminder of how vulnerable we are as people, isn’t it? I’ve been doing some research, reading up on the 1918 flu pandemic.”

Of course he has. He’s a professional journalist, to the core, having earned four Emmys, a Peabody Award, a National Headliner Award, an Overseas Press Club Award, and an award from the National Association of Black Journalists. But reading is just one item in the spacious Journalism cart. There should be plenty of room for storytelling—a staple—in there, and the art and skill of listening should buckle the wheels.

“Listening,” Tibbles says, “is critical. I can’t emphasize that enough. You have to be interested in what someone is saying, even if it’s mundane. You have to be engaged. It’s amazing what you’ll learn, what you’ll pick up, if you just stop talking and start listening.

“The best piece of professional advice I’ve ever received is, ‘It’s not about you; it’s about somebody else or it’s about the story that needs to be told.’ I keep reminding myself of that.”

Tibbles hopes to remain in the TV news game for years. It’s where he belongs. Still. Few in the business present broadcast segments featuring kids as well as he does.

“Witty children thrill me,” says Tibbles, known as “The Potato Man” on Halloween Night because he hands out a spud if any trick-or-treater dares to ding-dong his doorbell for another round of candy. “My shtick, when I’m putting together a report on a topic involving kids, is to be smartalecky while challenging them to respond to a question. I love it when a kid has a comeback that’s three times more smart-alecky than the tone of my question.”