Wilmette native and New Trier Township High School Class of 1984 alumnus is a busy guy. In addition to writing and producing the Netflix series Outer Banks (a series he co-created), he is also a prolific author with four books to his credit. His fourth and latest, due out this month, is The Brother Years (Pantheon)—set in the North Shore suburb of Seneca (a thinly veiled Wilmette), during the late 1970s. Narrator Willie guides us through his challenging teen years which involved a tough father, a tougher older brother, and all the calamities you can imagine, and then some. There’s even a Chekhovian moment where a gun introduced in the first act definitely goes off later. Burke was kind enough to answer a few questions for The North Shore Weekend in advance of the book’s publication.

I apologize for beginning with such an obvious question, but seeing as how The Brother Years is a novel, I have to ask if you come from a large family or are an only child fictionalizing a large family?

I know some novels are entirely fictional. I tend to write books that feel almost like memoirs. All the family details are totally true. I grew up in Wilmette. Almost all the stories, that we were working and…

What about the sinking of the boat?

The sinking of the boat is not true. There is a corollary to that. My father bought a Porsche. Making it a boat (in the novel) was just more picturesque, but it’s basically the same idea. Just completely out of the blue, so impractical. When I look back on it, I say, “What was he thinking?” It just seemed so insane. I did spend a lot of time on the water. Later, we did have a Hobie Cat and I sunk it. I was rescued by the Coast Guard four times, so I have had lots of experience sinking or being rescued from desperate situations.

Where do you stand in terms of the family birth order?

I’m the second child (of four). There are three boys; the last one’s a girl. It’s a roman a clef. My siblings would say there are lots of things in there that are not true. That’s true; but emotionally, there’s probably almost nothing in there that doesn’t have its corollary in reality is what I would say.

Have any of your family members read The Brother Years?

Oh, yeah, they all read it.

What do they think of it?

It’s complicated. They had different reactions. There’s a lot of specific things where they said, “Well, that wasn’t true.” Or they would just say, “It wasn’t really that bad,” or they would laugh about some things. I would say to them, “I’m a fiction writer and the message from this is true, but it was just more fun to write about it in a more dramatic way. As a writer you just start bending things around to make them fit.

Are they all still talking to you?

Yeah, they’re all still talking to me. I’ve been writing now for 35 years. There are all kinds of things that they’ve read, and they just go along with it sometimes. This (book) was different because it was about them. They were a little guarded. My younger sister … I was really close to her … but she’s not in the book that much. She was so much younger. When you’re that young you don’t make anything happen. You have things happen to you. If you’re not affecting the action, your input ends up getting washed out. When I was writing it, there were lots of things left on the floor. You cut it out because you want to keep the pages turning. There was stuff with her where it seems like she wasn’t that important, and that actually wasn’t true. In reality, my older brother Mike and my younger brother Ian were sort of a team. I touch on this where my dad’s frustrated and he’s disciplining all of us, but particularly my older brother, and it flowed down through the rest of the kids. Ian teamed up with Mike to get out of his way, and then Erin and I would team up, and that’s not in there; it’s not relevant to the story. Instead, I ended up focusing more on Mike and me. A book takes on a life of its own and you end up telling this story.

Would you consider The Brother Years to be one for Y/A (young adult) readers, and did you have a target audience in mind?

Only in that the language is clean and there’s no sex.

It just might be the way I write. I tend to write pretty cleanly, in general. I don’t have any problem with it being marketed that way or with it being a Y/A book. But if you’re asking me if I went out of the way to write a Y/A novel, I didn’t. My kids, who are 12 and 14, have read it. I want someone of a similar age (as the characters in the book) to be able to read it and to understand it.

The Brother Years is set in the fictional North Shore suburb of Seneca. You grew up in Wilmette, a suburb that has a Seneca Avenue. Is that how you arrived at the name?

One of my friends lived on Seneca when I was growing up. It was a street I spent a lot of time on, so that probably lodged in my brain. You pick a name and you’re like, “That seems to fit!” All the other things are named, like New Trier and Evanston, and I don’t know why I didn’t name Wilmette. Anyone who grew up in that area would know it’s Wilmette. It’s a city that’s next to Evanston that has a lakefront piece of it and a harbor. It’s obviously Wilmette. When you’re writing, early on, it makes it easier if you make it fictional to just do what you need to do. You’re not worried about if it’s true or not, you’re just trying to tell a story.

I’m glad you mentioned New Trier, because the high school is its own character in the novel. As an alumnus, how would you rate your own experience at New Trier?

I feel like I captured pretty clearly like how I felt (in the book). I probably wouldn’t be a writer if I didn’t go to New Trier. It’s a great school. You have great teachers. We were poor and I didn’t know that there were other people like us. As in the only kids we knew were kids of rich people. I worked as a janitor with my father on Wednesday and Sunday nights cleaning an office building in Wilmette. We called it the Baker Building. But other kids weren’t nice to janitors. 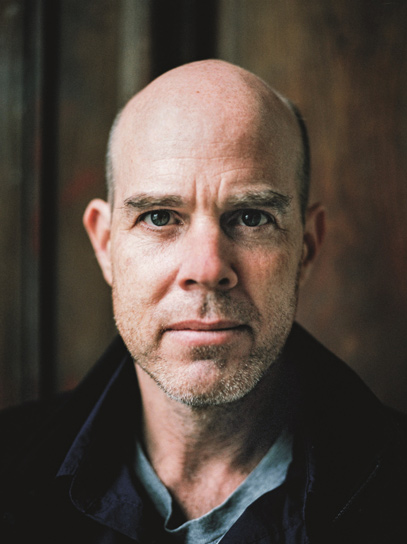 Some teenagers have a reputation for not being nice. Hormones and all that.

Yeah. They don’t have a lot of experience; they don’t understand that people who work as janitors are actually people, too. Not just my dad—I’m working at that job! There’s all that attitude about doing that work. You sort of hide, but you’re also defiant about it. It really informs your character. I’m always going to be on the underdog’s side because of that feeling of going to school but knowing you’re sort of half on the other side of this hierarchal dividing line. 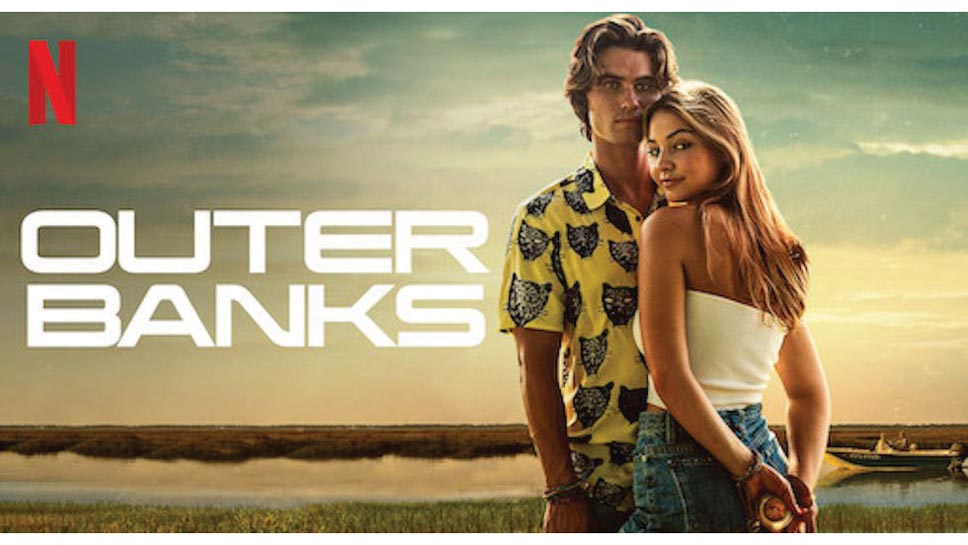 High school is cliquey enough and then you add that element to it and it just intensifies it.

That’s another thing I touched on, but it’s almost impossible to understand how big New Trier is. It’s 5,000 kids. It’s not really cliquey in the way of a lot of high schools. You don’t know half your class. You know how when you’re paired with someone to walk down the aisle for graduation? I was paired with a girl I didn’t know that I’d never seen before. So, it’s more like a college where their cliques and popular kids, but it’s sort of muted because it’s just so big. I would go to school and do the baseline of what I needed to do, and I was content. I liked being anonymous. I had four really good friends near the middle of my sophomore year. Those guys were really important for me. I knew who my crew was and we were together and it made school fun. The social part of it was fine. It was a great school. I learned so much there. I learned how to be around the people who are basically going to rule the world. That’s the way it is. It shouldn’t be that way, but that is the way it is.

I don’t think I have. There may have been some invitation to speak to a class, but it wasn’t possible. I live in Tennessee now and it’s not convenient for me to get back there. But I would totally do it. All the English classes I had were good. I had an AP teacher who was great. 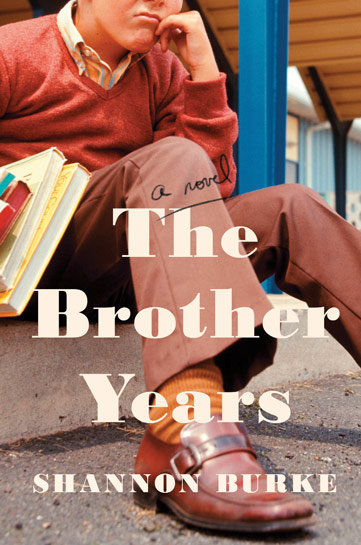 You are a co-creator of and writer for the Netflix series Outer Banks. If The Brother Years was made into a Netflix series or movie, who would you like to see playing the main character Willie and his older brother Coyle?

Gosh, I have no idea. Those roles are really young. They always ask me that! Outer Banks season two was just announced today.

Thanks. While we’ve been on the phone, I’ve gotten like 25 emails. I’m the executive producer and co-creator. I’ve co-written the first six scripts of the next season. But I’m like the guy who doesn’t know anything about film. I’m writing the scripts and I’m doing the story, but when you asked me about younger actors, I don’t know any. There are probably a handful of young people who are famous or have broken through in the adult world, like YouTubers or Instagram people who are sort of famous at that age. When we were casting Outer Banks, there aren’t that many famous people who are 16. There’s a limited number. It’s somewhere around the early twenties when people start getting known. I’ve been asked that question in various forms and I’m terrible at it.