Shortly before Grandma Eleanor, an avid fisherman, died and received her license to fish for halos atop the heavenly waters above, she opened an eye as her grandson, Chris Tarzon, shared a bit of news.

“I told her I had broken her bass record,” Tarzon, 46, recalls. “She then opened both eyes, looked right at me, and squeezed my hand. Hard. My grandmother introduced me to fishing when I was 5 or 6. She was an artist, a painter. You know what else she was? Tough—the toughest person on the West Side of Chicago.

“Fishing,” the Wilmette resident adds, “is my happy place. I’ve experienced some of the best moments of my life while fishing. The process of fishing, the culture, all of it excites me. And I name my lures crazy names. ‘Devil Dog,’ for example.”

Tarzon’s storytelling hooks me. But my tackle box contains more questions about Boys Hope Girls Hope (BHGH) of Illinois than it does inquiries about jigs and reels. Tarzon—a good sport whose optimism tank has been stuck on Full forever—jumps at the chance to laud the privately funded, multi-denominational nonprofit that helps academically capable and motivated children-in-need meet their full potential and become well-educated, career-ready men and women for others.

That he’s chairman of Wilmette-based BHGH of Illinois and in his 10th year with the group that provides holistic services to foster growth in youngsters might have something to do with such enthusiasm.

“I love the look in the eye I see from our scholars. I hear strong voices, a genuine appreciation for the opportunity to be heard. One told me he plans to get accepted at Spelman College in Atlanta, become a doctor, and then give back to some of our future scholars. Amazing.”

The organization’s momentum to add a fourth haven of hope to its housing roster continues to hum.

“Boys Hope Girls Hope of Illinois is in growth mode in the middle of a pandemic,” says Tarzon, the managing director at Savills, where he specializes in the development of proactive and creative occupancy-related strategies that uncover real estate value on his clients’ behalf.

A native of Oak Park, Tarzon executed half-nelsons as an indefatigable wrestler at Oak Park and River Forest High School. But wrestling wasn’t just a sport to the son of Ken, an ad man, and Pat, a former OPRFHS assistant athletic director.

“Wrestling was a transformative experience,” says Tarzon, a 145-pound grappler in the early 1990s. “I was scrappy every minute of every period. Nothing I did on a mat resembled finesse.” Tarzon also battled on soccer pitches for the Huskies, served on the Student Council, and got elected senior class president. OPRFHS had never provided a Diversity Club for its students … until Tarzon formed one in his senior year.

“I dug in, got involved in things in high school,” says Tarzon, who earned a Bachelor of Arts in Communications at the University of Illinois. “I was gregarious back then, like my dad. I grew up in a sporty family, in a town Hemingway called home. My parents liked to put me in uncomfortable situations and then see how I’d react. My sister, Karen, and I studied together in Florence for a semester. That wasn’t too comfortable, but I’m glad I got that experience.”

Tarzon worked in advertising sales at a Chicago radio station after college. For five of those years he sat right next to an account executive named Carrie, f rom Kansas City, Missouri. They became Mr. and Mrs. Tarzon and have three children: Christopher Jr., a sophomore-tobe at L oyola Academy, after hitting the books and the wrestling mats at New Trier High School in 2019- 20; Lily, 13, and Emma, 11. 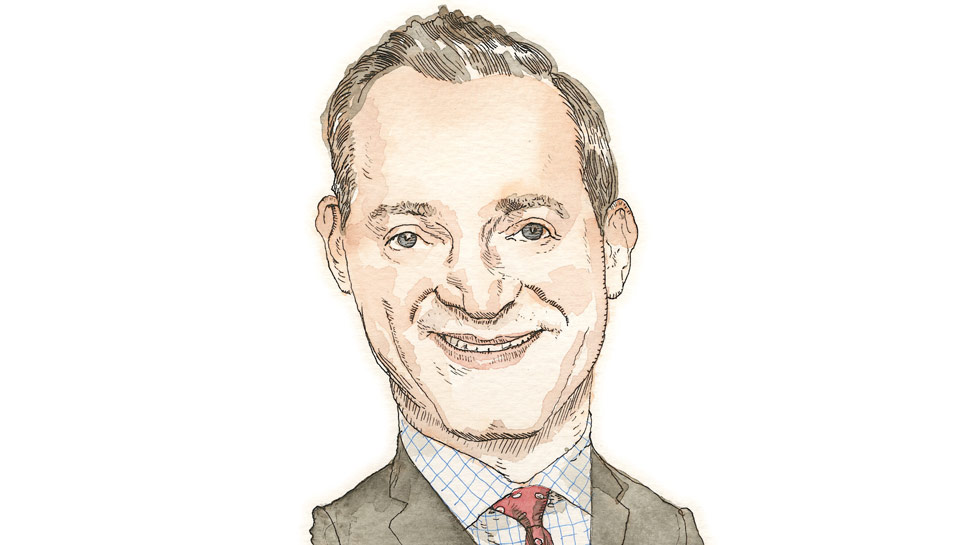 “Hardworking and amazing, with zero ego,” Tarzon says of his wife. “She inspires me. I’ve told her, ‘You’re my mentor.’ ”

Tarzon became Captain Courageous some three years ago, signing up to compete in a “Dancing with the Brokers” fundraising event in Chicago. For two months he trained diligently with a professional dancer and then gyrated to his heart’s—and hips’—content before judges and a crowd of at least 2,000.

Tarzon wowed ’em and a collected $20,000, every cent of the first-place prize going to Boys Hope Girls Hope of Illinois. Grandma Eleanor’s No. 1 angling student proved capable of netting something other than a record-setting catch.

“We’re asking, ‘What will the post-COVID-19 era look like?’ ” Tarzon says. “We’re also asking, ‘Why is the office environment important to a company?’ We’re about coming up with creative solutions and enhancing a company’s culture. It’s going to be a new world when we overcome this pandemic, but I tell companies, ‘Don’t make any drastic decisions now.’

“I’ll always be an optimist, a silver-lining guy. It will all work out; you’re never going to get a doomsday outlook from me. Never. I believe in people, and I believe in their resiliency. My business is steeped in people.”

So is Boys Hope Girls Hope of Illinois. Its homes aren’t just structures for promising, determined boys and girls. Staffers work in them. Social workers listen in them. Counselors advise in them.

“It’s a fantastic organization,” Tarzon says. “It’s for gifted students who deserve the opportunities to reach their potential and break away from the cycle of poverty. It’s one of the great solutions out there.

“I couldn’t be prouder of our mission.”