Dr. Patrick Birmingham’s father, John, was essentially Mayberry Sheriff Andy Taylor in a pharmacist’s white coat for decades. He’d work every day but Christmas as an independent pharmacist in Connecticut and often deliver—using his car, after business hours—medicinal drugs to homebound elderly folks.

Sheriff Taylor didn’t carry a gun; John Birmingham, who retired at age 75 two years ago, didn’t mind doing whatever it took to trigger smiles from his customers.

“My father was the last independent pharmacist standing in the area where I grew up because he never treated people like a number, like some pharmacy chains do,” says Dr. Birmingham, a Winnetka resident and a NorthShore University HealthSystem orthopaedic surgeon since 2012. “I worked for him in junior high, as a cashier. I often heard what he said to his customers; watched him listen to them, patiently. He’s wise, even keeled, and while working, he was the master at staying calm and dealing with people who were upset for some reason.

“I had stayed up late at night when I was younger so I could see my dad when he got home after work.”

Patrick’s dad once brought home a green parrot late at night. He had collected the squawker, in lieu of money, at the end of a house call.

“People sometimes bartered with my dad,” recalls the son, an only child. “You should have seen my mom, Barbara, the night Clancy (the parrot) entered our house. She was livid.”

But Clancy’s new owner eased the tension in no time, telling his wife, “Hey, I didn’t accept the monkey.”

The good pharmacist’s son interacts with bears these days. Make that, Bears, as in Chicago’s National Football League gridders, who train in Lake Forest. Dr. Patrick Birmingham, 43, has worked for eight years as a team physician with the Bears’ head physician, Dr. Mark Bowen.

“It’s interesting, getting to treat and operate on world-class athletes,” says Birmingham, a standout tailback/defensive back at Saint Bernard School in Uncasville, Connecticut, before making the football team as a walk-on wide receiver at the College of the Holy Cross in Worcester, Massachusetts. “They’re big and fast, they heal quickly, and their goals are different than most of the other patients I see.

“People ask me all the time, because of the uncertainty associated with COVID-19, ‘Will the Bears play in 2020?’ I usually tell them, ‘No comment.’ I have no idea. Does anyone?” 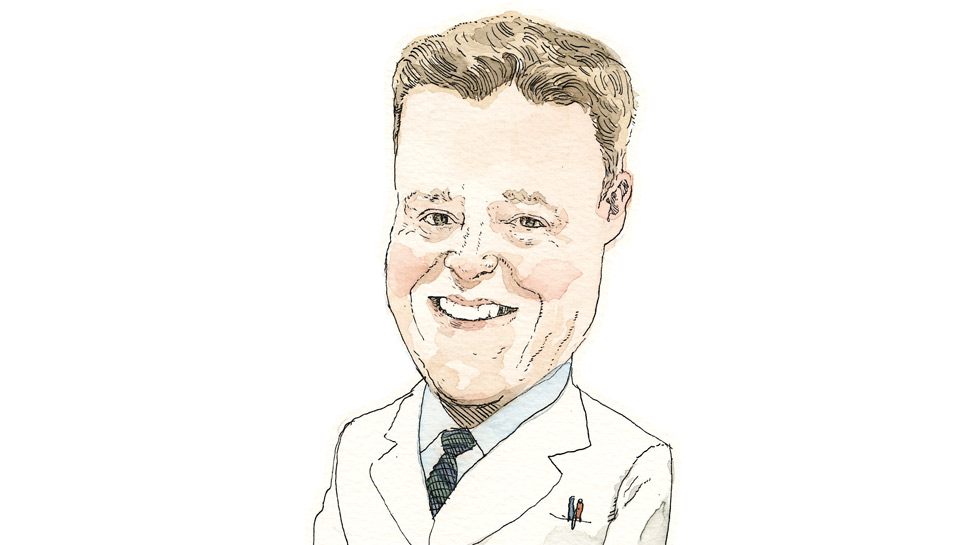 Remember former Bears defensive lineman William “The Refrigerator” Perry? Birmingham was 8, maybe 9, when the 335-pound Perry helped the Bears win Super Bowl XX in 1986. Decades later a couple of Birmingham’s patients lost badly in nonfatal encounters with limbless, headless fridges. One had used an arm in a futile attempt to save a falling refrigerator off a truck; the other had sustained a serious injury versus the strapping appliance in his basement.

“I don’t treat life-threatening injuries, but what I get to do has its rewards,” says Birmingham, the father of six children (ages 5-14) with his wife, Sarah, a psychiatrist. “I enjoy the challenges of repairing an elbow or a knee or a shoulder and helping people return to sports, return to a healthy life. It’s nice, receiving a photo or a newspaper clipping of a game-winning touchdown from a former patient. Or a picture of a thankful former patient smiling after completing a marathon.”

Birmingham somehow found the time to coach JV football (4th-6th graders) at The School of All Saints Faith, Hope & Charity in Winnetka last fall. He stressed fundamentals and fun.

Not so fun for the good doctor, back in his freshman year at Holy Cross, was the bulk of his course load. Originally a pre-law student, Birmingham took political science and philosophy and liked each subject about as much as a tailback likes to be smothered in the backfield on a third-downand-1 play. He picked himself up and thrived in science and math classes en route to a pre-med degree in chemistry.

Birmingham attended Loyola University’s Stritch School of Medicine and completed his internship and residency at the George Washington University School of Medicine in Washington, D.C. The surgeon is board certified in sports medicine, too. Patrick sat next to Sarah at a GWU orientation before they sat across from each other, over sushi, on their first date at a Dupont Circle restaurant.

“I knew right away,” Birmingham says. “She was the one, the one I wanted to marry.”

“I’m doing my best,” Birmingham says of fatherhood. “I remember, after the birth of our first child, I learned to install a child’s car seat. That made me certified, as a car-seat installer. That also made me feel certified, in a way, as a dad. The most important thing, when it comes to being a parent in my mind, is being present for all six. I lend an ear as often as I can, and I try to be understanding.”

The early weeks of the pandemic allowed him to spend more time under his roof at home, where he and Sarah staged three full-blown birthday bashes. The chef in Birmingham made way more than a token appearance during Illinois’ shelter-inplace order.

“I explored my abilities in the kitchen for a good six weeks, trying new recipes and making all kinds of meals for my family,” says Birmingham, who resumed performing elective surgeries on May 11.

His Chicken Parmesan was a huge hit. Think walkoff grand slam, in the middle of a pennant race. Family members extended pristine plates and asked for seconds.

“And they even ate leftovers, surprisingly,” Birmingham reports.

Family man, surgeon, Bears physician, football coach … cook. Just when you thought Dr. Patrick Birmingham couldn’t possibly find a spot on his head for another hat, he makes room up there for a toque.