Now, more than ever, when there’s so much uncertainty and fear in the world, we need a reason to laugh, to escape from our troubles. Luckily, we have Kris Rey’s new movie I Used to Go Here (Gravitas Ventures). An official SXSW selection, I Used to Go Here is a hip comedy about a first-time novelist who is invited back to her alma mater to give a reading from her book. Unfortunately, her life is crumbling around her, including her canceled wedding, the cancelation of her book tour, problematic book reviews, and that’s just the beginning. Rey’s hilarious screenplay spins these traumas into comedy gold. I had the pleasure of speaking with the Northwestern University film production teacher before the movie’s release later this month. 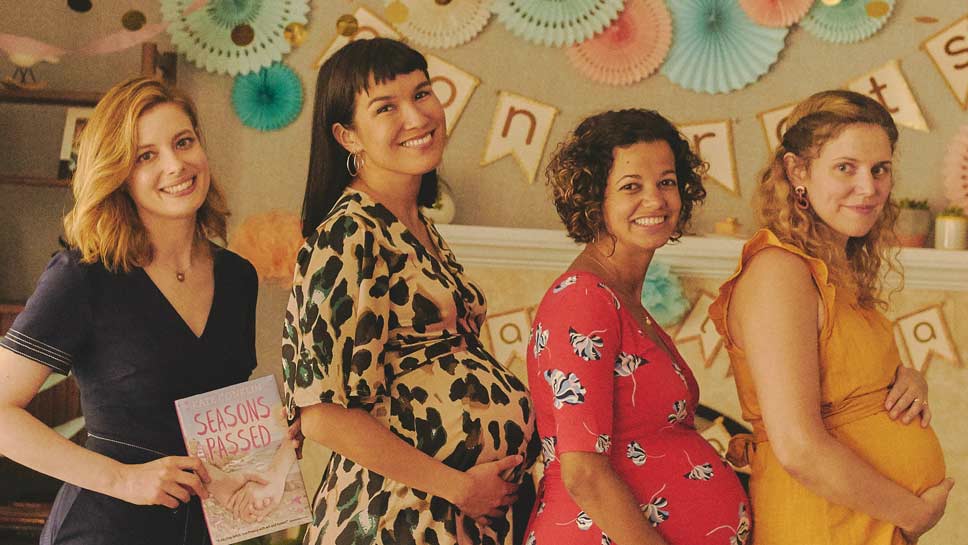 Kris Rey’s I Used to Go Here is being released this month.

I Used to Go Here joins a growing family of movies, including Wonder Boys and Storytelling, and television shows, such as season four of Girls, that are set in Creative Writing MFA programs. What makes that setting appealing to you as a writer and director?

It’s personally inspired. I didn’t go for creative writing; I went to school for film. I didn’t get my masters; I got my bachelor’s. I’m a little hesitant to say this out loud in an interview, but the movie was inspired because of a trip I made back to not only my university, but to a bunch of different universities. When my last feature played Sundance 2015, I got invited to all these universities afterwards. Before the movie came out, and after it had premiered, I got invited to like five different universities for some reason to screen the movie for students and to do talks. I guess I was 35, and I felt like, “Wow, isn’t this strange?” I relate so much more to the students than I do to the professors, except I’m old. But all the students think I’m cool because I made a movie. Nothing weird, like in the film, happened to me where I stayed there for a long time and hung out with everybody. I went to my alma mater—they brought me back to Southern Illinois University, which is where the movie takes place— and I took the train down from Chicago to Carbondale. I started writing the outline for this movie on the way there, before I even arrived and experienced it, I started writing the outline. The thing that I was afraid sounded stupid was that I didn’t want it to be a movie about a filmmaker. So, I was like, I don’t know, she’s a writer. 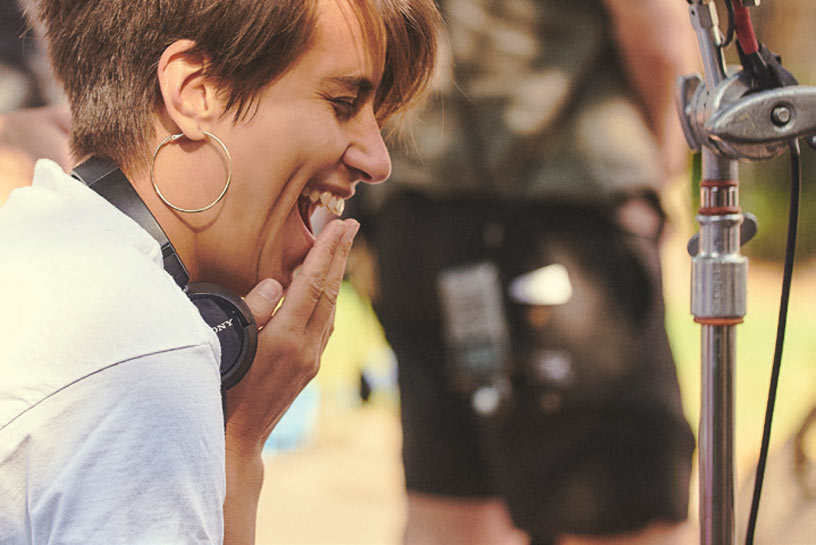 Gillian Jacobs, who people will recognize from the TV show Community, plays the main character Kate in I Used to Go Here. What was it about Gillian that made her right for the part?

I just vibed with her so much when we met. I sent her the script. It’s so funny, because now with Coronavirus you’re talking to everybody virtually. I had met a lot of potential actors I had met in person. I had flown out to L.A. and had a lot of meetings with people sort of to consider them for the part. Gillian was doing a play in New York, so we weren’t able to meet a person. She read the script and we met over Skype. I just loved her! She also has a reputation of being great, really nice and cool to work with. The rumors are true.

From its Carbondale setting to the mention of the Crab Orchard Review, IU in I Used to Go Here is apparently SIU. But you call it IU.

We weren’t legally allowed to use Southern Illinois University. We sent them the script. I knew that this was going to be a problem because I had made my last feature, Unexpected, also features an Illinois university. At the time, we were trying to use U of I, but they wouldn’t let us. We had to make up a fake university and we’re using the same fake university here, which is Illinois University, which is not real. But we shot our exteriors at Carbondale. Honestly, everyone I talked to at the university was awesome. They’re still in communication with me. They’re so excited! The movie trailer was released yesterday. They want to arrange some kind of screening there. I really loved going to school there. I try to support them and the film school as much as I can.

The movie features poetry and novel excerpts by characters within the script. Did you find it rewarding or challenging to create the writing by Kate and April?

I Used to Go Here also has some other wonderful details. For instance, Kate runs into an old classmate named Bradley Cooper (played by Jorma Taccone). Does actor Bradley Cooper know he gets name-checked?

There’s no way he knows that [big laugh]. I have no connections to Bradley Cooper personally. I don’t know anyone that worked on the movie that does. Maybe he’s crossed paths with The Lonely Island guys (Taccone, Andy Samberg and Akiva Schaffer, who produced the movie), but they didn’t mention it to me. So, who knows if he’ll ever find out?

There’s also a scene where Kate goes through her ex- fiancée Michael’s Instagram posts and sees him with a woman named Rae who happens to be you.

That truly is a hallmark of an independent film. There’s so much to figure out when you are making a movie and one of those things we left until the end. We didn’t have the budget to hire an actress to just be in a photo. Totally for ease, I play the woman. The guy who plays Michael was my first assistant director Morgan’s husband. Declan Deely, he’s just a friend of mine and my first A.D.’s husband. There are some photos where we’re in swimsuits at the beach, and that’s just because Morgan and I were location scouting the lake location, and Declan came along for the ride. I said, “This will be great. We’ll have a variety of shots, let’s do a photo shoot here.”

Without giving away too much, something wonderful happens to Tall Brandon (Brandon Daley), one of the IU students who lives in the house where Kate used to live. How did you come up with that idea?

I don’t know how to not give it away. Are you talking specifically about the kiss?

In the script, they don’t kiss. In the script they sort of shake hands and you can just tell they’re into each other, that he’s coming back to hang out with her. Then on set, these two actors just had so much chemistry. Brandon kept joking and saying, “I feel like I’m going to kiss her. I feel like I’m going to kiss you.” She was so smitten with Brandon. She was like, “Oh my God, he’s so funny.” I said, “Do you guys want a dry run where you kiss?” They were like, “Sure.” We just did one take of it and that’s what’s in the movie.

What do you like best about teaching film production at Northwestern?

Getting to know the students, for sure. I love them. I think I had something like 10 interns on this film. A lot of students from Northwestern that had been through my classes intern on the movie. For one, I love teaching. I used to be a high school teacher in Chicago Public Schools. Teaching runs in my family and I love teaching. Teaching film at the university level is such an education for me. I’m constantly learning things from them and learning things from myself watching the stuff that they bring in. I teach production, so watching this stuff that they bring in and giving notes on what they’re doing always teaches me something. I love forming these relationships with them. One of my former students stayed in Chicago and ended up becoming my assistant on this movie. Like I said, I had 10 or so interns on the film that were current or former Northwestern students. There’s another sort of secret reason that I love teaching at Northwestern is that I am always encouraging them to stay in Chicago. I really love making films here. I love Chicago. I love the community here. We have such a plethora of students here because we have all of these wonderful film schools. We have all this talent and then they graduate, and they feel like they have to move to Los Angeles or New York. Depending on what they want to do, sometimes that is the best move. If you want to make independent film, I always encourage them to stay. You have friends here, you have resources here, you have me here. Stay here and try and make your own work. It’s a great place to make films.

Finally, Kris, do you have any favorite Evanston places that you’d care to share with the readers?

I really love Found Kitchen & Social House, Soulwich, and Patisserie Coralie, as well as SPACE as a venue for music.