The life of Magda Brown, Survivor of Auschwitz-Birkenau and a cherished, longstanding, and dedicated member of the Illinois Holocaust Museum & Education Center’s Survivor Speaker’s Bureau, is being remembered and honored in the wake of her passing last month.

According to an announcement issued by the museum, Magda was on a mission to share her story with as many people as possible—from oneon-one interviews to auditorium speeches. She reached over 100,000 hearts and minds across the world.

Magda (Perlstein) Brown was born June 11, 1927, in Miskolc, Hungary. In March 1944, Germany invaded Hungary, first establishing a ghetto. On Magda’s 17th birthday, she was deported to Auschwitz-Birkenau on one of the final transports along with her entire family. Her parents and much of her extended family died in the gas chambers. Her brother was the only family member to survive.

In August 1944,  Magda  was deported to Münchmühle, in Stadtallendorf, Germany, where she worked at the site of one of Germany’s largest munitions factory. She was one of the 1,000 Jewish Hungarian women from Birkenau chosen for this job.

In March 1945, she was sent on a death march to Buchenwald concentration camp. Magda and several prisoners were able to escape, hiding in a nearby barn. She was eventually liberated by the Sixth Armored Division of the U.S. Army. After the war, she made contact with relatives in the United States, who sponsored her immigration to Chicago in September 1946. For 40 years, Magda worked in a physician’s office as a Certified Medical Assistant. She was the beloved wife of the late Robert Brown, mother of Rochelle and Bruce, and beloved grandmother of many.

Although it was painful to remember her horrendous experiences, Magda believed her story, as well as others, must be told. 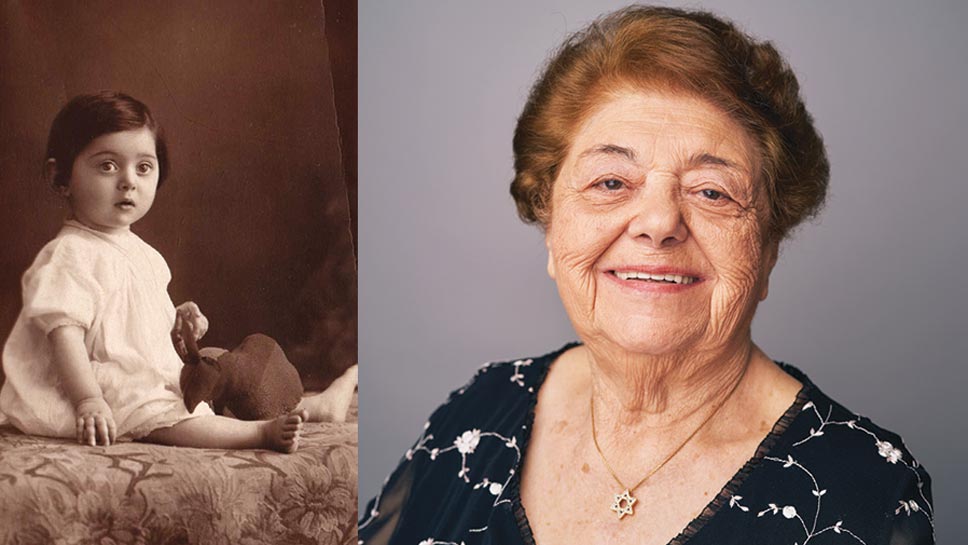 In October 2018, Magda was scheduled to speak at Chatham University in Pittsburgh, Pennsylvania. The tragic shooting at the Tree of Life synagogue took place the day before, but she didn’t hesitate to board the plane, saying, “Now the world needs to hear the message even more. Let’s go.”

“There was nothing better than when Magda walked into the museum and gave you her signature ‘grandma hug and kiss,’” said Susan Abrams, CEO of the Illinois Holocaust Museum. “And everyone knew better than to try and talk her out of something. Nothing was going to keep her away from a speaking engagement— not weather, her health, or even an act of terrorism.”

It was her belief until the very end: “The telling and remembrance of Survivors’ stories will reassure those who doubt the Holocaust that it was a very real and frightening period in the 20th century.”

In one of her final interviews, Magda noted, “I will continue to tell my story. I’ll tell my story until the good Lord wants me in his corner.”

In lieu of flowers, the family has requested donations to the “Magda on a Mission” fund at Illinois Holocaust Museum, a donation for a brick in her honor on the Museum’s tribute pathway, or to the Hebrew Immigrant Aid Society (HIAS).

Funeral arrangements were limited to family, due to COVID-19 restrictions. However, the museum says there will be a memorial service in the fall, in celebration of Magda’s life.

May her memory be a blessing.