Rhoda Pierce sat among an audience of approximately 400 at a local event in the late 1960s. Nobody knows for sure how many words speaker Gloria Steinem uttered on that day in Highland Park.

But Pierce knows exactly how many resonated with her.

“Every one,” Pierce—a consummate public servant for most of her life and a Highland Park resident since 1968—says of the messages delivered by Steinem, a journalist, political activist, and the force behind the American women’s movement. “I remember feeling, as I left, highly motivated and determined to find my direction in life. Gloria talked about potential, about thoroughly examining yourself, about going after what you want to be and realizing your capabilities.

“That wasn’t a movement,” she adds.

“That was a revolution.”

Years later, the perpetually spunky and thoughtful Pierce caught up with Steinem at a small luncheon and gushed, “You changed my life!” Steinem disagreed, politely.

In other words, Steinem’s words had nudged Pierce, who then accelerated from that point on, needing only a nanosecond to zip from 0 to 60 mph in her Discover Your Calling race.

A high school teacher and mother of two sons (writer/Dartmouth College professor Peter Orner and cartoonist/animator Eric Orner) at the time of the Steinem event, Pierce entered the world of arts shortly thereafter and later began her 10-year run as Illinois Arts Council Agency (IACA) executive director in 1986. She recently accepted a four-year term to serve IACA as its vice chairman/legislative liaison. 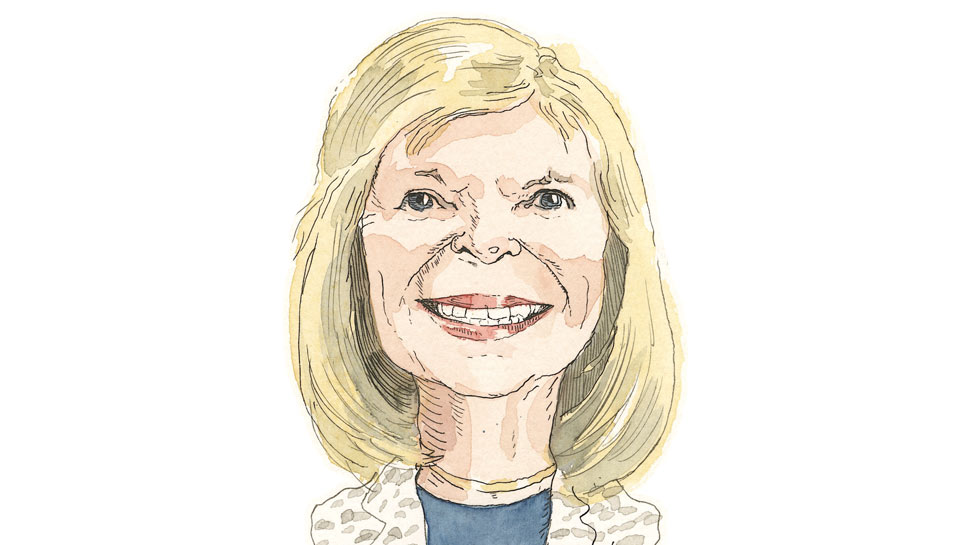 “Arts are vital to communities, and my experiences with the Illinois Arts Council have been wonderful … absolutely wonderful,” says Pierce, who’s a diehard opera fan and a beating heart behind the Arts for Illinois Relief Fund, which supports artists and arts organizations that have been affected by the COVID-19 pandemic. “Serving the agency fulfilled one of my dreams. The arts provide economic benefits. The arts tell us who we are as people. We gain a sense of community through the arts.”

The North Shore Water Reclamation District (NSWRD) lost a major leader in Daniel Pierce—Rhoda’s husband of 39 years—when he died in February. A former mayor of Highland Park and an Illinois State Representative from 1965-85, Mr. Pierce was NSWRD’s president and the district’s Ward 5 (Highland Park/ Highwood) trustee at the time of his death. The NSWRD is dedicated to the beneficial reuse of water resources while protecting Lake Michigan, local waterways, and the environment through sustainable and fiscally responsible wastewater reclamation practices at state-ofthe-art treatment facilities.

Rhoda accepted the appointment the next day—enthusiastically and humbly.

She’s planning to run for a two-year Ward 5 term in November.

Pierce grew up in Fall River, Massachusetts. Rhoda’s parents? Exemplary public servants. Their whip-smart, eager Rhoda attended Durfee High School, home of the Hilltoppers, at a time when only 10 percent of its graduates attended college; most of the others worked in the cotton mills.

“You’re making me smile,” Pierce says. “I’m glad you asked me about my high school days. I have many fond memories of those.”

Rhoda rah-rah-ed twice on Boston Garden’s famed parquet floor as a cheerleader for the Hilltoppers’ highly successful boys basketball program. Her favorite teacher taught Latin and once told all of the students—including Rhoda— sitting in the back of the classroom that they had to migrate to the front row.

Pierce went to Simmons College (now Simmons University) in Boston for three-anda-half years before earning a degree in history (with a minor in art) at Lake Forest College.

“Lake Forest College welcomed me with open arms,” Pierce says. “I was, and still am, overwhelmingly grateful for the chance the school gave me to finish my studies there. The college had just introduced courses of study, along with policies, for young women and mothers looking for flexible options. Lake Forest College fully understood the needs of women at the time.”

The man in her life for nearly 40 years departed this world a day before Valentine’s Day. But Rhoda Ann Pierce thinks of Daniel M. Pierce daily. His legacy? Too vast to measure. Too deep.

“Dan was the best, the ultimate public servant,” Rhoda says. “I’ve tried very, very hard to live up to what he wanted me to be. I’m not sad. I haven’t fallen into a funk. I will not fall apart. I wake up every morning with a smile and then do all I can to lead a meaningful life.