When DeSean Jackson of the Philadelphia Eagles posted anti-Semitic comments on his social media pages earlier this month, the Illinois Holocaust Museum & Education Center (IHMEC) in Skokie offered no condemnation.

Instead, IHMEC did what it does best—offering educational resources and an invite to Jackson and the Eagles team to visit its online virtual museum or the physical location whenever the team is next in town to play the Chicago Bears.

It wasn’t the first time IHMEC’s CEO, Susan Abrams, and staff have put together a care package of books and other materials to individuals and groups that have been caught in a media firestorm after anti-Semitic statements were made public.

It won’t be the last, and it’s all part of a two-pronged strategy on the part of IHMEC to diminish the influence of leaders who peddle in anti-Semitisms, and to take advantage of opportunities to educate those who may, even unwittingly, hold anti-Semitic views.

“Anti-Semitisms and other forms of bigotry have a long history not just in this country but globally,” Abrams says. “Typically, when people feel under duress, they fall back on these age-old tropes that have been brought up recently by professional athletes and celebrities.”

Abrams is referring to the comments by Jackson as well as a number of fellow athletes who shot to his defense, and comments by Nick Cannon, the now-terminated ViacomCBS comedy host who recently made antiSemitic remarks on his podcast, Cannon’s Class.

Cannon and the athletes have since apologized, and a forceful statement was issued condemning Jackson’s posts by the Philadelphia Eagles organization, which said Jackson’s comments were “offensive, harmful, and absolutely appalling.” Some African American former athletes have stepped in also. Former professional basketball player and writer Kareem Abdul-Jabbar wrote in the Hollywood Reporter that, “If we’re going to be outraged by injustice, let’s be outraged by injustice toward anyone.” Just this past weekend Jabbar’s former NBA colleague Charles Barkley posted a video online lamenting the fact that in their efforts to support equality for African Americans, Jackson and others are simply finding another scapegoat.

While Abrams says it’s important for people from across different communities to call out anti-Semitic comments, it’s also important to go after the root of the problem.

“Louis Farrakhan uses vitriolic anti-Semitism on a regular basis and he’s looked upon with great respect in some communities,” says Abrams. “A number of celebrities have referenced his words or Tweeted ideas that he is propagating that are so dangerous and hateful.”

Abrams notes the work the IHMEC undertook in early 2019 to convince some Chicago institutions and venues, including the United Center, to resist providing Farrakhan a platform to spread his views.

The organization wrote op-eds comparing Farrakhan’s rally at the United Center with a Nazi rally held at Madison Square Garden in 1938 as a way of highlighting, Abrams says, that words turn into action and it’s important to “be vigilant to call out hatred and bigotry when we see it.”

The activism and shining a light on leaders like Farrakhan who, however subtly, push an anti-Semitic agenda continues to be an important part of IHMEC’s mission, but its roots are found in education. 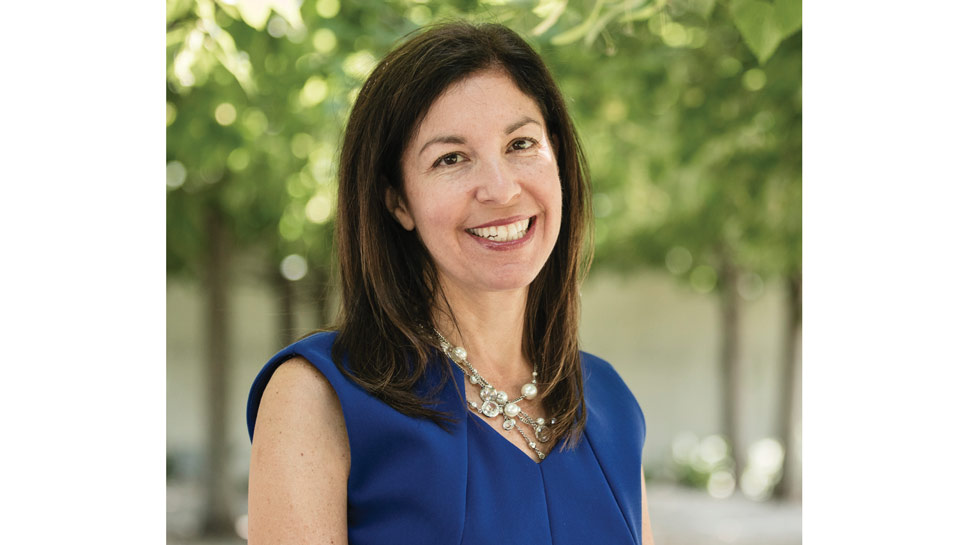 “This museum was founded through recognizing that education is the best antidote to bigotry and hatred. The organization that led to the museum began following the proposed neoNazi march in the late ’70s right here in Skokie, ” Abrams says. “A group of Holocaust survivors gathered not only resources but mobilized to create the museum. They not only raised money and raised their voices three decades after the end of World War II, they realized, again, that education was the best antidote. In addition to founding the museum, the survivors also started lobbying the state legislature and in 1990 Illinois became the first state to mandate study of the Holocaust.” 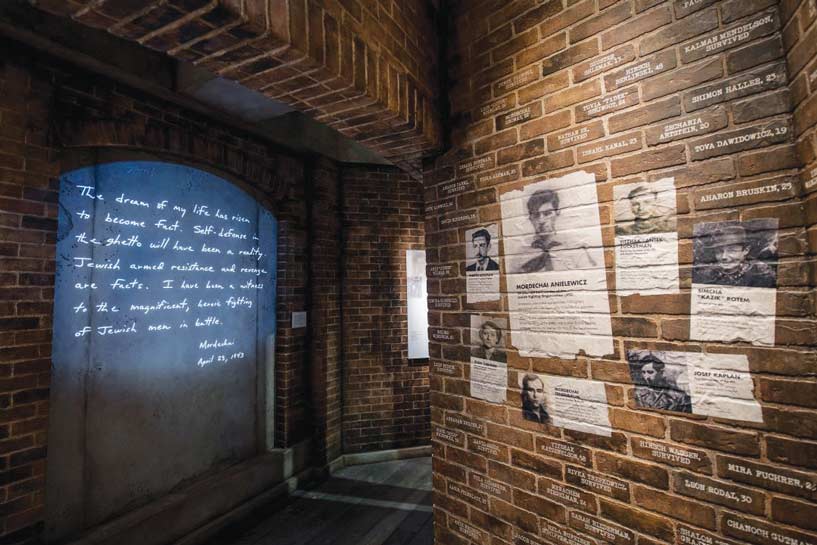 Abrams notes that the power of education can be seen both in the apology of Jackson and the opportunity he has to correct the record for his 1.4 million followers on Instagram by using the trunk of resources that were sent to him last month. 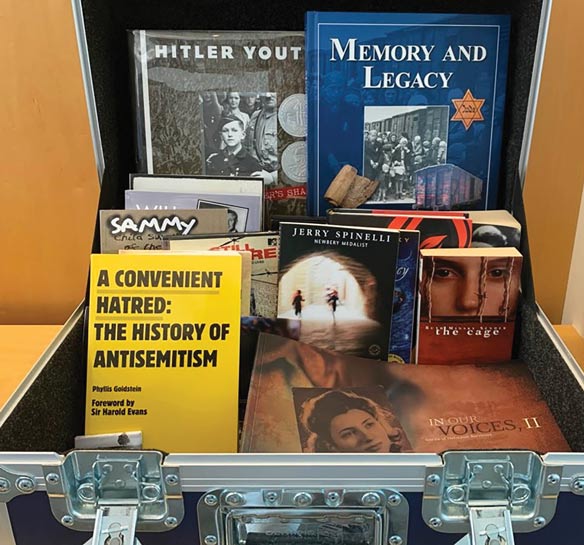 “The short version of our mission is, ‘Remember the past, transform the future,’ and the way we can do that is through education,” says Abrams. “So we sent the trunk to DeSean and Jeffrey (Lurie, owner of the Eagles) and DeSean has taken it upon himself to be more educated.” 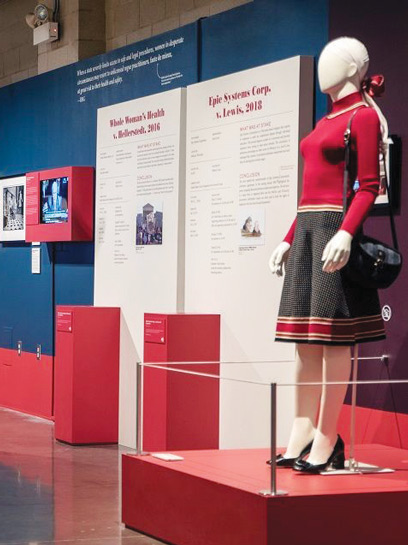 Abrams believes that what are most effective in the trunk of resources sent to Jackson and other individuals and groups in the past are the first-person memoirs of Holocaust survivors and the ability for people to learn from witHarris, Transcending Darkness—A Girl’s Journey Out of the Holocaust by Estelle Laughlin, and Will to Live, One Family’s Story of the Holocaust by Adam Starkopf.

While IHMEC reopened this week with new safety protocols—a smooth opening, Abram says—staff have spent the period of time while shut down ramping up its virtual education offerings and expanding its audience through online platforms. When the gesture of a trunk of resources goes out to someone such as DeSean Jackson, they can view much of IHMEC’s collection and resources online.

“Because of the pandemic we have realized our ability to transform much of what we do to digital and to reach people far beyond our four walls, which has always been an objective,” Abrams says. “We’ve reached more people during the first half of the year than the previous year because of the power of digital.” 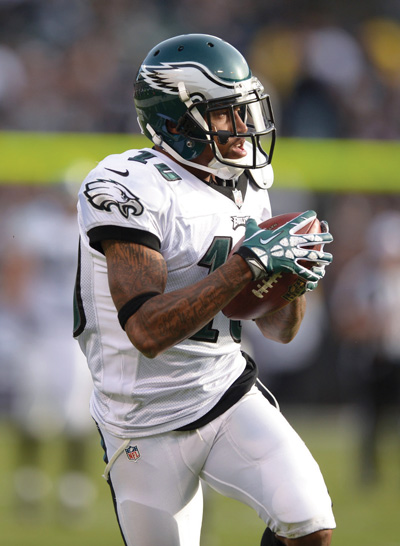 Illinois Holocaust Museum & Education Center is spreading its message globally, thanks to digital resources. Holocaust memoirs and other materials were sent to Philadelphia Eagles player DeSean Jackson earlier this month in response to his anti-Semitic posts on social media.

Online programming includes coffee with a Holocaust survivor online at 10 a.m. each Wednesday on Facebook Live, giving the opportunity for the public to ask questions. The organization is also offering virtual storytelling and readings from survivor memoirs.

“Any day of the week you can have an opportunity to connect,” says Abrams. IHMEC has also expanded its teacher training and is now reaching more than twice as many teachers virtually than it was able to reach at its physical location, and a number of staff members continue to serve as a key resource in the state’s ongoing efforts to provide education to Illinois students.

Learning the lessons of the Holocaust, and the story of it, at a younger age is what prevents kids from growing up and approaching conversations about the atrocities from a position of ignorance.

“Helping people recognize our common humanity, the museum is using the history and the lessons of the Holocaust as a jumping off point to make connections in our world today,” Abrams says. “We’re working to inspire and enable people to take meaningful action and stand up for themselves and others and make our world a better place.”

Illinois Holocaust Museum & Education Center is located at 9603 Woods Drive in Skokie. For information about its upcoming programs, call 847-967-4800 or visit ilholocaustmuseum.org.