On your mark, get set … go. And dream big

That’s exactly what a Glencoe sprinter named Peter Goldman did in his grammar school years in the 1950s. His personal coach back then wasn’t just a former Olympic track athlete; she was Betty Robinson, the Betty Robinson, winner of the first Olympic 100-meter dash for women at the 1928 Summer Games in Amsterdam.

“You want to know how she was discovered?” Goldman, a Highland Park resident since 1974, asks. “Someone saw her running to catch a train. Someone was amazed how fast she was.

“I wanted to go to the Olympics as a sprinter.”

Goldman, a New Trier Township High School graduate and a sprinter/broad jumper for the school’s track and field team, nearly qualified to represent Team USA in Tokyo at the Summer Games in 1964—in sailing. And it all happened again as a 19-year-old Tulane University student double majoring in U.S. history and sociology. He and a mate fell short of the goal in the Flying Dutchman class (twoperson racing sailboat) at the Olympic Trials in New Jersey.

The former owner of the car care company Nu Finish and a current board of directors’ member of the Chicago-based Gastro-Intestinal Research Foundation (GIRF), Goldman still races sailboats today. The 76-year-old is nimbler on board than most sailors half his age are.

But he utters a track word—hurdle (doubling as a noun and a verb)—to describe the challenge GIRF has faced, and cleared steadily and admirably, since the launch of the nonprofit behind the efforts of Dr. Joseph B. Kirsner and Chicago businessmen Martin N. Sandler and Joseph E. Valenti Sr. in 1962.

“It has been a hurdle, talking about gastro-intestinal diseases and increasing awareness of digestive illnesses,” Goldman admits. “Who wants to talk about them? It’s not a fun topic, right? But it’s certainly an important one because 70 million people have digestive diseases. What’s been encouraging to all of us at GIRF is the openness we’re seeing and hearing.

“The stigma associated with GI illnesses,” he adds, “is no longer widespread. Discussing an inflammatory disease like Crohn’s or any other gastro-intestinal condition has become normal and more acceptable.”

GIRF is dedicated to raise funds to support the physicians and scientists at the University of Chicago Digestive Diseases Center in their efforts to provide outstanding care, train future leaders, and perform innovative clinical and laboratory research in order to treat, cure, and prevent digestive diseases. 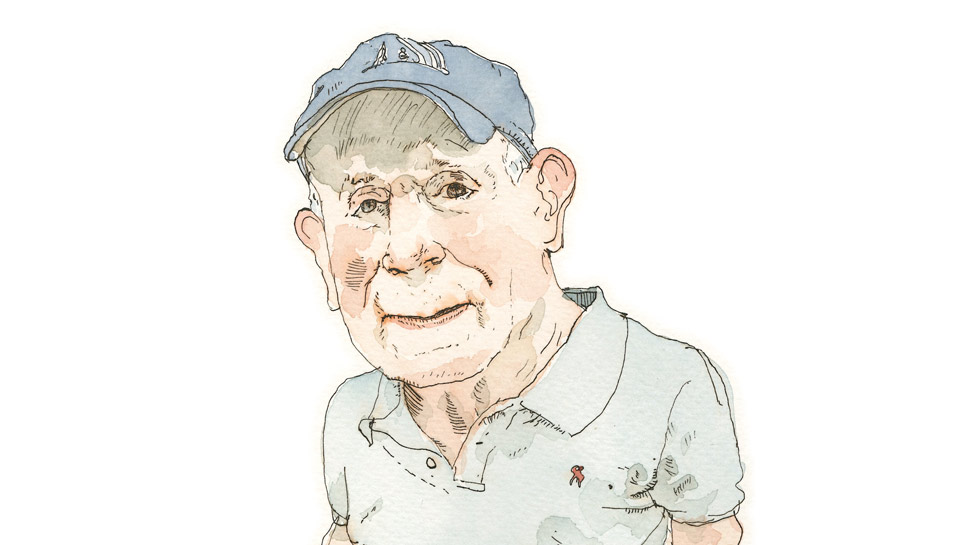 Originally scheduled for May, GIRF’s largest annual fundraiser sets sail at 6 p.m. on July 25, this time as the GI Research Foundation Virtual Ball, featuring performances by The Second City.

The pandemic forced GIRF to change the event’s date and format.

“We were able to raise some funds before the postponement, and we’re aiming to raise as much money overall this year as we did in recent years,” Goldman says. “That’s our goal and, yes, it’s a big goal.”

Goldman and his wife, Carol, got involved in GIRF after a family member was diagnosed with Crohn’s disease decades ago. Carol—the Carol in the Northbrook-based Carol’s Cookies business—offered her time and energy first, joining GIRF’s batch of volunteers in the now-defunct Women’s Division.

“It’s an amazing organization, totally committed to research and finding cures, and it has a fantastic worldwide reputation,” says Goldman, who sold Nu Finish to Energizer Holdings Inc., in 2018. “Some 300 faculty members are involved in cutting-edge research and delivering personalized patient care. That says a lot, right there. That’s huge.”

Also enormous: the late Justin “Judd” Goldman’s influence on his son, Peter. Judd was 17 when he suffered a disabling bone disease, one that failed to idle his highly competitive drive. Peter’s father found sailing shortly thereafter, fell madly in love with it, and embraced helms hard for 58 years. Judd Goldman steered a boat in competitions all over the world, including more than 25 Chicago-to-Mackinac races. Each City-of-the-Big-Shoulders-to-Mackinac-Island course covered 333 miles.

Rules for disabled sailors were identical to those for able-bodied sailors. Judd dug that homogeneousness on H2O.

Peter, his mother, Sliv, and his sister, Judy, established the Judd Goldman Adaptive Sailing Foundation (JGASF) as a public/ private partnership with the Chicago Park District after Judd’s death in 1990 at a boatyard in Naples, Florida. He was 75. JGASF provides classroom and on-the-water sailing instruction for the physically disabled.

“He was very outgoing and friendly, just a couple of the traits that made my father so good at sales,” says Peter Goldman, the father of Jeff and Karen. “Very creative, too, with an excellent business mind. My father was a ‘big idea’ person.

“I became a sailor because my dad was one. I first sailed at a camp at a young age and liked the sport right away.”

Peter Goldman named his 40-foot Swan sloop “Cookie Monster,” a nod to his wife’s business. Kids get a kick out of the 25-year-old sailboat each time they see its “Cookie Monster” flag.

They get hungry, too.

The couple’s second date—on a boat, more than 51 years ago— was Carol’s maiden voyage atop Lake Michigan. Peter and Carol, a Michigander, had been set up by a mutual friend.

You would have expected Peter to propose to Carol on a sailboat.

He opted instead to pop the question on a descending elevator in Chicago.

“A dog was on the elevator with us,” Peter recalls. “I said something corny to Carol, something like, ‘I wonder if that dog is married.’ Then I asked Carol to marry me.”

Carol said “yes” before the elevator beeped and stopped. Perhaps the dog arf-arfed its approval for the future GIRF backers. Perhaps the pooch stood there, silently and respectfully, focusing on the moment’s details and later relaying them to its doghouse-bound … spouse.

“Eventually,” Goldman adds, “I asked Carol’s father for his daughter’s hand in marriage. Her father was a jokester. He asked me,

For more information about the GastroIntestinal Research Foundation (GIRF) and to register for free for the GI Research Foundation Virtual Ball fundraiser, featuring performances by The Second City, on July 25 (6 p.m.), visit giresearchfoundation.org.