When William Yates’ grades slipped his freshman year at Kenwood Academy in Chicago, his parents made him quit basketball. He’d have to settle for elevating his 6-foot-something frame and taking one-versus-none jumpers in Yateswear, rather than in Kenwood Broncos garb, between study sessions and in front of zero spectators.

Yates’ grades rocketed after the subtraction of the extracurricular activity. The future senior class president would win “Most Likely to Succeed” honors in an Incumbent Runs Uncontestedtype landslide three years later.

Yates’ immediate reaction to the abrupt benching by Mom and Dad, a pair of teachers by day?

“I didn’t mind moving sports off my plate.”

Dr. Yates—“The Hair Loss Medical Doctor,” a leader, by a few country miles, in his field, and active in orgs like the Alzheimer’s Association and Ex-Cons for Community and Social Change—somehow found room on his heaping, crowded career/philanthropic platter to open Chicago-based Yates Enterprises (YE) in 2018. He used his medical experience and business acumen to create YE, which markets products for the safety of the United States and its people.

A year later YE would find itself at the forefront of our country’s response to the burgeoning COVID-19 pandemic.

“I created Yates Enterprises because of the prevalence of gun violence, school shootings in particular,” says Dr. Yates, who lives in Chicago’s South Loop with his wife, Isaure, a medical doctor specializing in geriatric care at nursing homes. “I wanted to decrease gun violence through the installment of our metal detectors at schools. Some parents told me they didn’t like the optics of metal detectors in schools. My response to them was, ‘Better those optics than the optics of your child in a coffin’.”

In December 2019, when reports of COVID-19 abroad were two paragraph briefs buried on page 16 of major U.S. newspapers or inf requently clicked lines located along the southern regions of news websites, the prescient Dr. Yates and his Yates Enterprises teammates huddled again, this time to come up with a plan to help combat an invisible menace and protect people of all ages.

“I saw what was going on in China and other countries,” Dr. Yates says. “I saw the use of non-contact thermal devices at airports. The world is so small; we don’t live in isolation. We knew non-contact temperature detectors, at some point, would likely be needed in this country, so we did some research. And then researched some more. We paid attention to what was going on in the world and reacted quickly.

“We looked at a thermal device as an extension of our metal detector.” 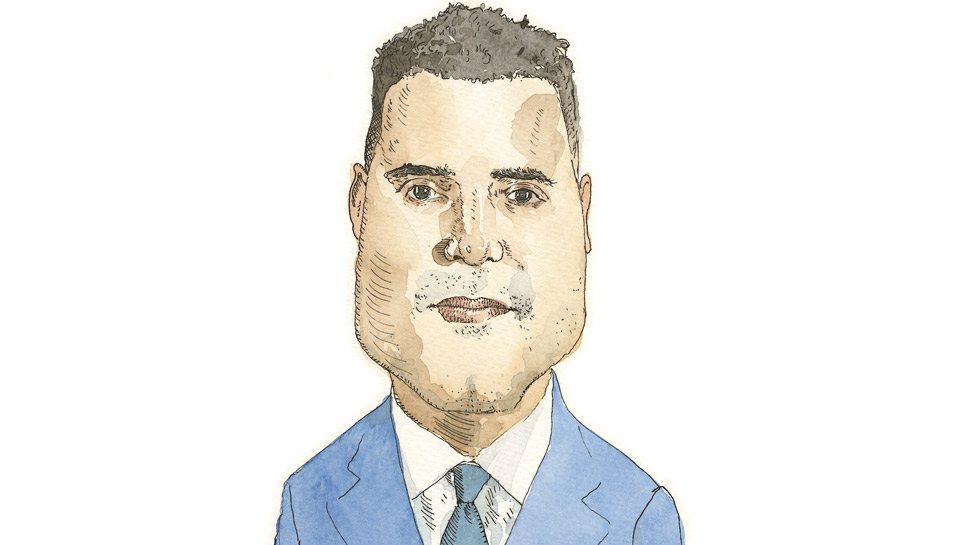 YE produced a range of COVID-19 protection products—walk-through, wall-mounted, and handheld thermal detectors, among others— by the end of March and sold them to more than 100 entities, including food service warehouse, bakeries, manufacturing plants, big box stores, nonprofits, and the Federal Reserve Bank of Chicago.

“Our aim was to do what we could to help the economy reopen as safely as possible during the pandemic,” says Dr. Yates, the father of four sons.

Yates Enterprises is believed to be the first Black-owned business to focus on public safety measures related to COVID-19.

YE’s founder and CEO, at a young age, excelled at the battery-operated game Operation, mastering the steady removal of boardgame patient Cavity Sam’s ailments with a pair of tweezers (originally known as the Electro Probe). Whenever Dr. Yates held and guided the pincers, Cavity Sam’s Bozo-like nose rarely turned red—one of the dreaded results of a player’s tweezers grazing a metal edge during an unsuccessful extraction attempt. The other? The startling sound of a buzzer.

“I’d wanted to be a doctor since I was 5,” Dr. Yates recalls. “Our family doctor, Dr. Walter MacFarland, had a major influence on me. I’d see him two , three times a year, and we’d talk about things, about his field. He was good-looking and smart. I wanted to do what he did.”

Dr. Yates earned a BS in medical science at Northwestern University and earned his MD after completing NU’s Honors Program in medical education. He started his career as a surgeon for BJC HealthCare in St. Louis and shifted one-and-a-half decades later to the field of hair restoration. Bosley, an industry leader in hair transplant and restoration services, had flown Dr. Yates to Beverly Hills, California, and recruited him to practice at its Chicago location in 2005. Yates underwent a hair transplant in Oak Brook in 2000, a surgical transfer “that pleasantly shocked and overwhelmingly thrilled me,” he says.

He then worked with Ziering Medical Hair Restoration in Oak Brook from 2011-13 before his eponymous hair science group took root. The group—its two locations stand in Chicago and Oak Brook—presents state-of-the-art options for all hair loss sufferers. Yates was the first transplant surgeon in the Midwest to offer Follicle Unit Extraction (FUE).

“No scarring; no plugs,” Dr. Yates says. “We take what we do seriously. It’s not a factory atmosphere; ours is one that seeks a genuine bond with each patient, and we limit the number of surgeries to one or two per day.”

Two of his four sons still live in the Chicago area. Seeing all of them become smarter, more independent thinkers elates him. Fatherhood has been rewarding. Pieces of advice he relayed to the quartet still stick, none more than the counsel he has adhered to for decades. It’s an ideal approach to social interaction in contentious times— in any time, really—and it involves grades.

“I’ve told my kids to give everyone the benefit of the doubt until they prove you wrong,” Dr. Yates says. “Everybody I meet for the first time, I give them an ‘A’ right away. I then listen closely and get to know that person. Sometimes my grade remains an ‘A’ at the end of the conversation; sometimes it drops.

“I’m always hopeful the grade stays an ‘A’.”