If this question has ever crossed your mind, you’re in luck. Dr. Michael S. Lewis, an orthopedic surgeon at Illinois Bone and Joint Institute who was lucky enough to work with arguably the National Basketball Association’s greatest player of all time, shares his thoughts in a newly released memoir—The Ball’s in Your Court. Dr. Lewis has worked with the likes of Michael Jordan, Phil Jackson, and Bill Veeck during his career. We caught up with the Bannockburn resident recently to learn more.

What inspired you to write this book?

As the orthopedic consultant for the Chicago Bulls during their last two championship seasons, I wrote the book to take readers behind the scenes, while sharing life lessons that I have learned from Michael Jordan and other world-class athletes and inspiring teachers. I developed close relationships with the players, coaches, and Chicago Bulls’ former General Manager Jerry Krause, which has given me a unique perspective. 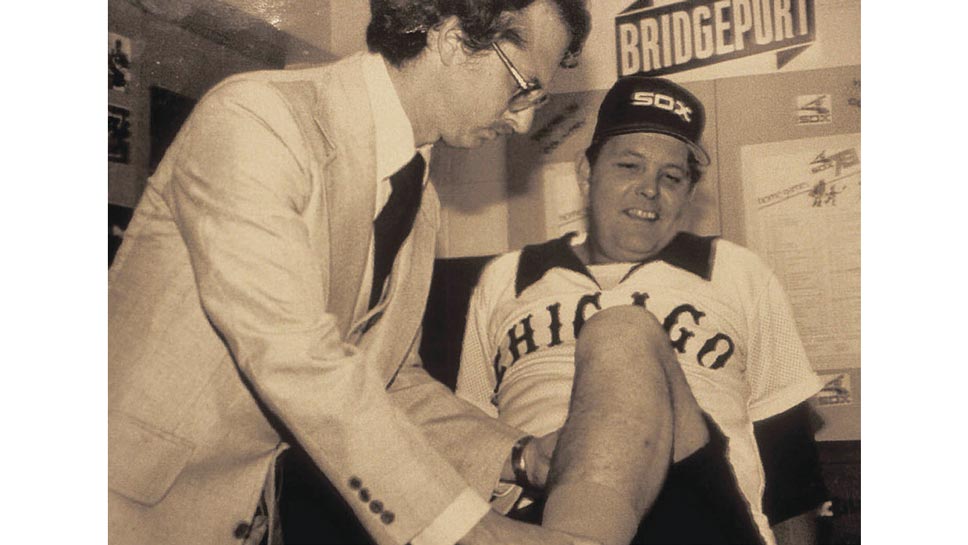 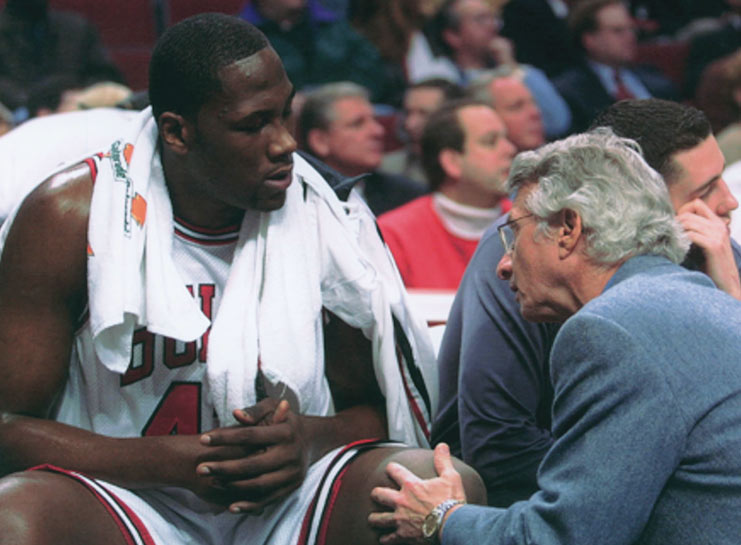 In addition, another reason for writing this memoir is that all of the profits will go to the Himalayan Cataract Project. An organization co-founded by my friend and colleague, Dr. Geoffrey Tabin, more than 30 years ago, has been responsible for more than 900,000 cataract surgeries in underserved countries in Africa and Southeast Asia. Dr. Tabin not only performs the surgery, but also teaches local doctors how to accomplish the operation. One acquaintance told me that after reading my book, he was so inspired that he plans to donate $10,000 to the Himalayan Cataract Project.

In what aspects do you think working with these worldclass coaches and athletes has influenced your life?

I have learned so many life lessons from working with these athletes and coaches.

One is to give people more than they expect. The greatest athletes are also the hardest workers, but no matter what level you are at, there are always things you can do to get better. I observed that Michael Jordan in basketball and Carlton Fisk in baseball worked harder than any of their peers.

Failure is a stepping stone to success. Olympic gold figure skater Shizuka Arakawa fell approximately 20,000 times during her years of training, but she also got up 20,000 times. Michael Jordan missed 26 game-winning shots, and as he stated, “I can accept failure; what I cannot accept is not trying.”

Perfectionism is also always in play. I once saw Jerry Krause with packed bags leaving for the airport during the playoffs. He told me he was going to Europe to scout a player. When I inquired why he didn’t simply watch film of his games, he replied that he wanted to observe his body language when he was sitting on the bench.

These greats also demonstrated how to handle adversity. Bulls Center Bill Wennington sustained a foot injury just before the playoffs in 1997. I had to tell him that he would not be able to participate in the playoffs. Naturally he was upset, but he stated, “I have had a good run. I have been in the league for 10 years and most people’s NBA career only lasts three or four years.”

Do you still keep in contact with any of the athletes you worked with?

I am still in touch with Bill Wennington, who is currently an announcer for the Bulls games and lives in the Chicago area. I am also in touch with Wilbur Wood, who was an All-Star pitcher for the Chicago White Sox when I was an orthopedic consultant for the team in the 1970s. I am happy to report that both have told me they loved the book and highly recommend it.

The Ball’s in Your Court can be purchased on amazon.com. For more information on the Himalayan Cataract Project, visit cureblindness.org