Former FBI Special Agent Phil Andrew should be investigated for cornering the market on the Sunday morning smile. You know the look. It’s quick and easy and utterly genuine. It’s a smile that says, “Another great day to be alive!”

Mr. Andrew—a Wilmette resident, Good Guy since birth, and a Father’s Day honoree this weekend—also flashes it Monday through Saturday. Family and friends receive it. Strangers pumping gas or exiting the grocery store respond to it. Those COVID-19 masks? They try to conceal Andrew’s upbeat ways, but they usually fail, spectacularly, because they don’t blanket his dancing eyes.

A gun-toting Laurie Dann must have squinted at the sight of Andrew’s blinding countenance on May 20, 1988. Dann had recently shot and killed 8-year-old Nick Corwin and wounded five children at Hubbard Woods Elementary School in Winnetka, when she entered the Andrew house in Winnetka—uninvited. Phil was 20 and a University of Illinois history and political science doublemajor who minored in churning rapidly for the Illini men’s swimming and diving team. 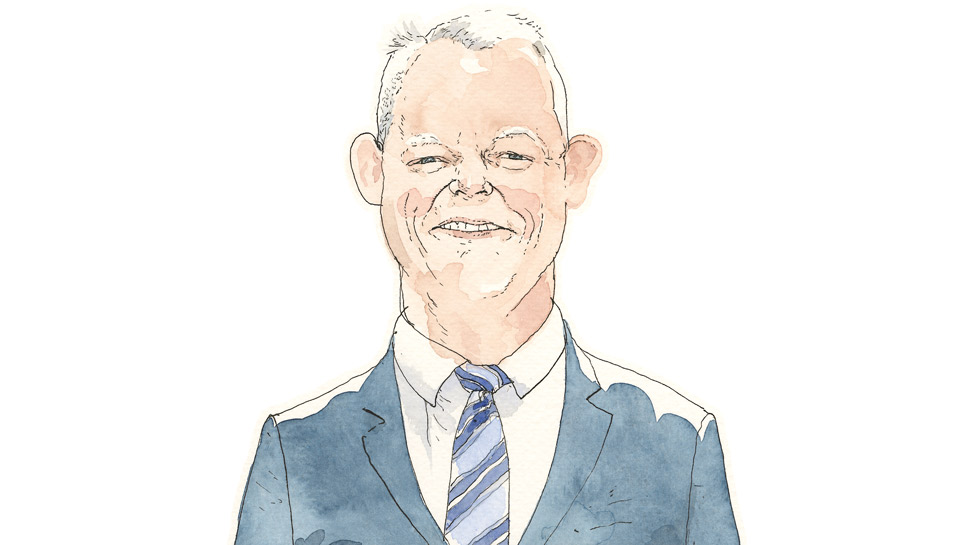 “My mom showed concern and wanted to help, and she treated Laurie like she treated anybody who visited our home.”

The pair of calm, spur-of-the-moment negotiators convinced Dann to call her mother. The call got disconnected. Ruth Ann and her husband, Raymond, then escaped to safety outside. Phil urged Dann to dial up her mother again.

“She did that, but something wasn’t clicking,” Andrew says. “I sensed Laurie’s mother didn’t realize the seriousness of the situation.”

Commotion from outside the house rattled Dann, who shot Andrew in the chest. The bullet missed his heart by the width of a splinter, punctured both lungs, riddled his esophagus, and lodged into his left latissimus dorsi. A dedicated swimmer’s lat isn’t a normal muscle; it’s a rock-hard fortress.

Dann took her life on the second floor of the Andrew abode. Andrew, a Loyola Academy Hall of Fame swimmer, recovered and returned to the pool in Champaign, racing mostly in freestyle events and captaining the Illini squad, before enrolling at DePaul University’s College of Law. He practiced law in Chicago and managed a violence prevention organization.

His rookie year in FBI work was 1997. FBI stints landed him in Kansas, New York, Washington, D.C., and overseas. He lived in Lawrence, Kansas, for six-and-a-half years. Placid Phil and his resting heart rate of two beats per minute, along with his colleagues, gathered evidence to quash terrorist threats, investigated bank fraud, and lassoed cattle rustlers. He’d reach an expertise level in violence prevention, national security and crisis negotiation, among other areas, in his 21-year tenure at the agency.

It’s dealing with a pile of crises. Remember, back in the day, when 99.5 percent of reports and stories in news outlets mentioned the pandemic? Economic fears surfaced later. The fight for racial justice then knocked those issues to No. 2 and No. 3 in the Major Concerns rankings.

“Fractured relationships tend to show in a crisis,” Andrew says. “Our social system, our health care system … too many inequalities exist, and those usually lead to major fissures, not minor fractures. This has been hard; these are tough times. The suffering isn’t over. But our country is listening and learning.

“We need to recognize people are hurting. We also need to be there for each other.” Andrew met his future wife, law student Michelle, in law school and their first date—a party, hosted by then-State Sen. Bill Marovitz, with then-Chicago Mayor Richard M. Daley and newsman Bill Kurtis also in attendance—happened to fall on Michelle’s birthday.

Andrew gave her a card and a flower before the bash. One flower only. Sweet, thoughtful, perfect. More than one flower would have come across as Phil trying too hard to impress. They got married in 1994 and have four children: UCLA senior swimmer Olivia; U.S. Naval Academy plebe/swimmer Everet; Loyola Academy junior swimmer Lachlan; and 12-year-old Georgia, yet another water dart. “Still one of the smartest people I know,” Andrew says of Michelle, a Deerfield native. “When she focuses all of her attention on something, be it a task or an issue or a case or caring about a person, it’s always fun to watch her. She’s effective and compassionate.”

The Andrew couple returned to the North Shore in 2011. Seven years later, shortly after retiring from the FBI, Andrew became principal of Kenilworth-based PAX Group. The group is a risk preparation, crisis, and conflict resolution agency that enables organizations to maintain confidence, build resilience, and establish safe environments while growing and achieving better outcomes.

He fell madly in love with swimming all over again earlier this spring. Andrew swims for miles in Lake Michigan nearly as often as he brushes his teeth. It’s meditative for Andrew, simultaneously navigating the open water and absorbing the North Shore’s beauty.

Ask Andrew about the family dog, a German Shepherd named Scout, and the lilt in his voice turns psalmic, instantly.

“He looks at you, and he sees into your soul,” Andrew says. “One of the greatest pleasures of my life, being around our dog. He’s always happy around me. If you’re crying, he’d lick your tears away.”

Those innumerable skills he developed en route to Ace Negotiator status have come in mighty handy under the home roof, he acknowledges.

“It’s probably been my most challenging role,” Andrew adds. “But it’s also the most rewarding. It’s critical to listen as a father, to be nonjudgmental. I’ve seen my children respond to these crises; they’re showing deep empathy. Showing empathy—that certainly gets you to the heart of a strong relationship.”