Although the Illinois Holocaust Museum & Education Center (ILHMEC) in Skokie remains closed, its mission to “Remember the Past, Transform the Future,” is still being carried out daily through virtual programming. Here is a preview of the upcoming programming to be held during the month of June:

Journalist, filmmaker, and writer Alex Kotiowitz, who is in residence at Northwestern University, will lead a conversation with distinguished civil rights attorney Sherrilyn Ifill. Ifill is the President and Director-Counsel of the NAACP Legal Defense Fund—the same organization with which she started her career. The timely conversation will include Ifill’s reflection on her own journey, which includes arguing in front of the Supreme Court at age 28, and a commemoration of the last remaining enslaved African Americans in the Confederate States of America, known as Juneteeth. The virtual program begins at 7 p.m. on Wednesday, June 10 and is free to the public. Reservations are required. 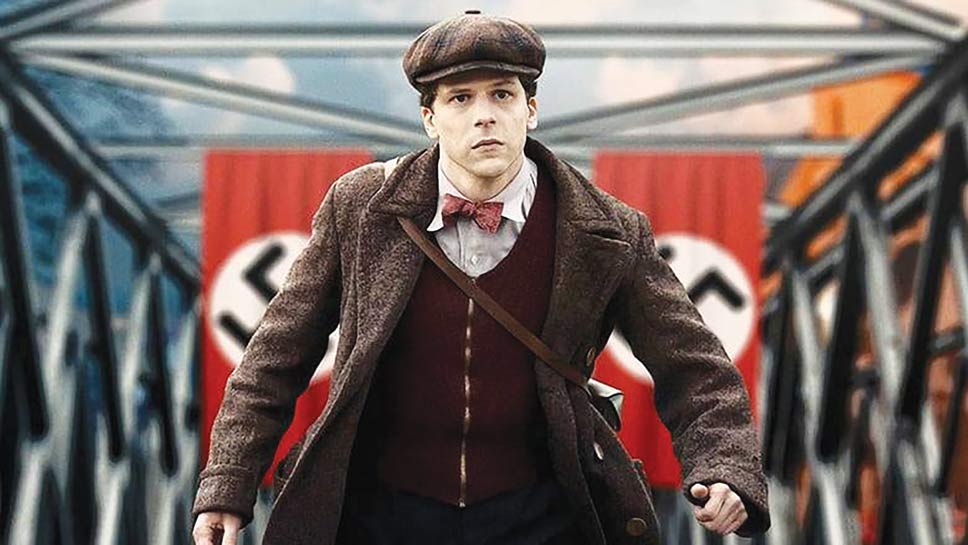 BOOK CLUB – ONE MUSEUM, ONE BOOK: THE CHOICE

ILHMEC’s recently launched program—One Museum, One Book—presents its first book. The Choice: Embrace the Possible is a memoir by Holocaust survivor and internationally acclaimed psychologist Dr. Edith Eva Eger. Participants of the virtual program at 7 p.m. on Thursday, June 11, are invited to read the book before a moderated group discussion. Dr. Eger is also participating in conversation with Joy Erlichman Miller, Ph.D. at 5 p.m. on Tuesday, June 16 as part of the museum’s Book and Author program. Dr. Eger will share her memoir’s profound message of freedom from self-imposed limitations, and how we can make the choice to move from recovery to discovery and beyond. This program is free to the public. Registration is required.

Winston Churchill—an icon of the 20th century, from his first election to Parliament in 1900 to his retirement as Prime Minister in 1955—towered over the world stage. The remarkable arc of Churchill’s career also intersects with key events in Jewish history, including the rise of Hitler and the devastation of the Holocaust, followed by the creation of the State of Israel and the lasting division that continues in the Middle East today. Join acclaimed writer, speaker, and noted Winston Churchill expert Lee Pollock for a discussion on Churchill’s relationship with the Jewish people throughout his life and career, and how his decisions impacted their fate. This program will take place at noon on Friday, June 12 and is free to the public. Registration is required.

Explore the world of Jewish LGBTQ+ historical figures with Eric Marcus, founder and host of awardwinning podcast “Making Gay History.” The discussion will be moderated by Illinois Holocaust Museum Associate Manager of Education, Matthew Sackel. Marcus will share stories through excerpts from his audio archive of LGBTQ+ civil rights movement interviews conducted for his oral history book, Making Gay History: The Half-Century Fight for Lesbian and Gay Equal Rights. The virtual program will be at 6:30 p.m. on Tuesday, June 23 and is free to the public. Registration is required.

Long before he rose to international fame as a mime, Marcel Marceau put his fledgling career as an artist on hold to spirit Jewish refugee children out of Nazi-occupied France, even as his own father was murdered at Auschwitz. Watch the extraordinary new film Resistance, about the little-known chapter of Marceau’s life, and then join a discussion with the film’s star, Jesse Eisenberg; director and screenwriter Jonathan Jakubowicz Dr. Barry Eisenberg, and Dr. Eileen M. Angelini. The program will be moderated by Richard Salomon, Vice President of Illinois Holocaust Museum Board of Directors, with a special introduction from David Estrin, CEO of #TogetherWeRemember and closing words by Susan Abrams, CEO of Illinois Holocaust Museum. A trailer of the film and an opportunity to rent the film in advance can be found on the ILHMEC’s website. The discussion at 5 p.m. on Thursday, June 25 is free to the public, but registration is required.