During his 20 years at Ravinia, outgoing President and CEO Welz Kauffman has focused on establishing strong relationships with artists to get them to come perform at the Ravinia Festival and to keep them coming back.

Well before the May 1 announcement of the cancellation of Ravinia’s 2020 season and programming due to Covid-19, Kauffman was dialing up artists and artists’ representatives with an eye on next season’s programming and the future. 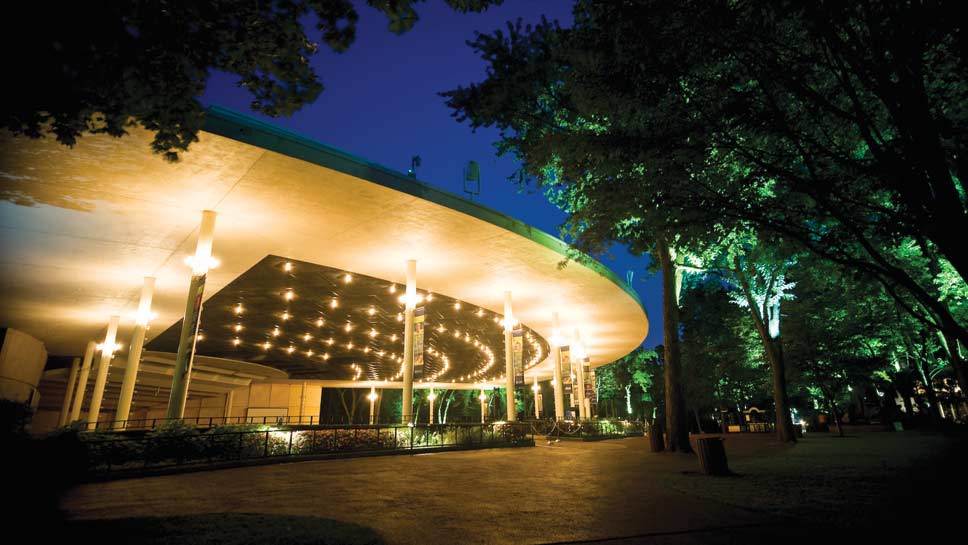 “There’s a misconception for folks who don’t work in the business that I can call any artist up, and they’ll come and play Ravinia if I can write them a big enough check; but it doesn’t work that way at all,” Kauffman says. “As February was starting to proceed, I thought I needed to start talking to artists and their agents just to get prepared for the unknown.”

Maintaining those artist relationships, along with protecting the health of his staff, Ravinia patrons, and the community, remained Kaffmaun’s priorities—as he and his staff and board continued to respond to ever-changing events while the pandemic gained footing in the United States and the Midwest. 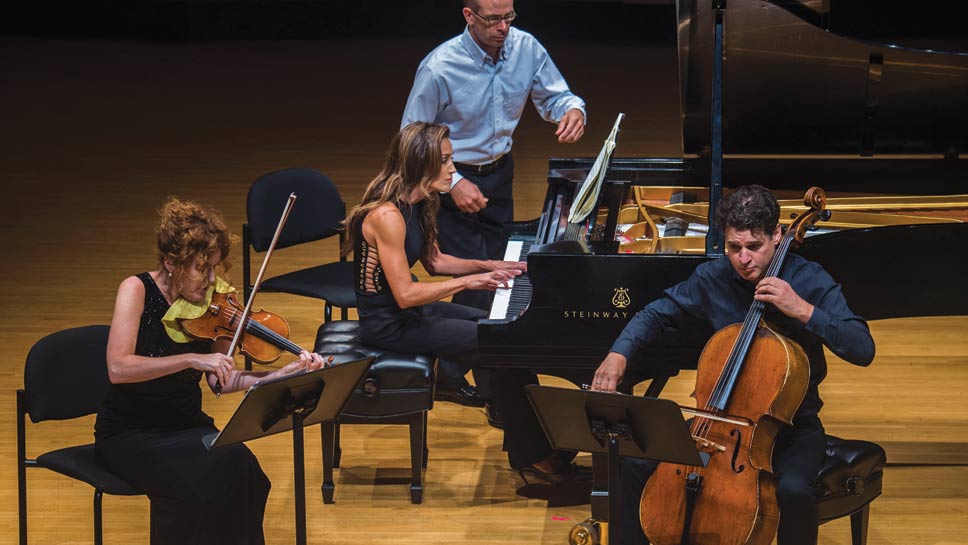 By the second week of March, Kauffman was forced to cancel everything at Ravinia in March, April, and May, which included recitals, educational events, weddings, and graduations. When Governor Pritzker issued the first stay-at-home order the following week—and schools moved to online only, and other events like Milwaukee Summerfest was moved to September—the writing was on the wall. 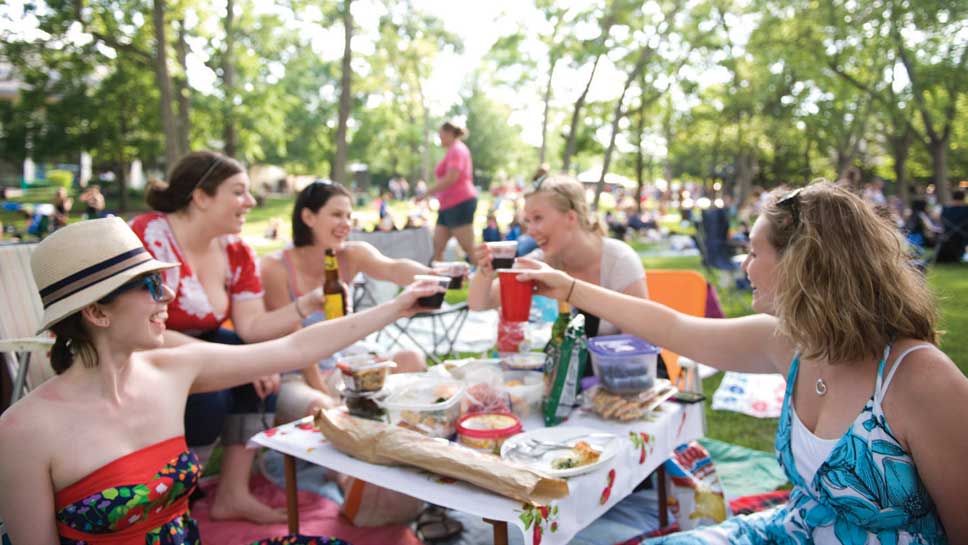 During his time at Ravinia, the organization has ramped up disaster preparedness to deal with weather events and, after 9-11, potential terrorist threats. But Kauffman says those were relatively easy compared to dealing with the Covid19 pandemic. Since the only other time the Ravinia Festival was canceled was during the Great Depression, the economic impact of the virus also became a factor.

Then there is Ravinia’s partnership with the Chicago Symphony Orchestra, which plays its summer season at the Ravinia Festival. How does an orchestra play while social distancing? And how do you enforce social distancing when families and other groups of people are coming to have a picnic?

All of these factors, including the fact that the audience for classical music skews older (a population group more susceptible to catching the virus) contributed to the 2020 cancelation.

While many artists are giving online concerts and other arts organizations are trying to replicate some of their programming virtually, Ravinia had other restrictions to consider. Because of licensing agreements with artists, there’s not a lot Ravinia can offer online other than some of its educational programming, which it will be offering in ways similar to what schools have done.

Instead, Kauffman is looking toward next year.

“What I personally have been working on is how much of this coming summer season, now canceled, can be moved into 2021,” Kauffman says. “Part of the reason I got out in front, by talking to the artists and agents back in February, was that by the time I’m asking the question they’re all really excited. They have a date and they want to play at Ravinia.”

The Lincoln Trio has been playing Ravinia for the past 11 years and was scheduled to play the festival again this year. The trio plays classical works and is known for its interpretations of the work of living composers. Desirée Ruhstrat, who plays violin in the trio and lives nearby Ravinia in Highland Park, says the cancellation of the season means lost opportunities for families.

“What makes Ravinia so special is the family experience of it because, with classical music, there tends to be not as many younger people,” Ruhstrat says. “The magic of Ravinia is they’re able to draw kids into classical music and give them an experience that they don’t normally have during the year.”

Despite the disappointment of not being able to play Ravinia this year, Ruhstrat says there may be a silver lining as artists look for other ways to connect with audiences and share their talents.

“It’s going to be difficult, and it’s going to be strange for it to be silent, but what you’re seeing happening is musicians finding different ways of getting their music out there, which will be helpful long-term because not everyone can make it to Ravinia,” she says. “Maybe this will give us all a way of learning how to get our music out there even if you aren’t able to attend a live concert.”

North Shore business owners are also significant supporters of, and impacted by, the Ravinia Season. Michael Paulson, owner of nearby Abigail’s Restaurant, says that while he’ll lose out on some early reservations for the festival’s bigger shows, what he’ll miss most is the atmosphere the festival brings to the community.

“I am affected more so just by the fact that you won’t have that atmosphere up here anymore. There’s a festive atmosphere when the big shows are going,” Paulson says. “My backyard is about a half mile from the theater. I can hear the music. I’ll miss that.”

While the pandemic will likely impact the way things are done in the future, one thing that won’t change, according to Kauffman, is the resilience of the people of the North Shore and their connection to Ravinia. After making the announcement to cancel the 2020 season, he received more than 400 text and email messages of support with people telling him that despite their disappointment, Ravinia had done the right thing.

“There’s something very special about the North Shore. I think it’s one of the most extraordinarily unique and great places, and Ravinia is part of that uniqueness,” Kauffman says. “But the people really care about this place. So many of them grew up here and remember being here when they were five, and now they’re bringing their grandkids. It’s an incredible place.”