But the Lake Bluff resident didn’t sulk, didn’t feel sorry for himself, didn’t frantically search for a “How to Become a Competent Wrestler in One Week” video on YouTube after absorbing the tough news.

“I still wanted to be a part of the basketball program, in some way, in any way,” says Clark, who had made the school’s freshman football team four Augusts ago.

One of his hobbies in the eighth grade was taping his play-by-play versions of actual Chicago Cubs TV highlights. He’d upload those videos on YouTube.

‘Freshman year, nobody was broadcasting our school’s boys varsity games,” Clark says. “I spoke with [Scouts varsity coach] Mr. [Phil] LaScala and my New Media teacher, Mr. [Steve] Douglass and presented my idea. I figured, if I can’t play basketball, maybe I’d be allowed to do some basketball play-by-play.”

The enterprising, optimistic youngster did just that, calling a couple of hoops games in the 2016-17 winter season and eventually teaming up with color analyst and classmate A.J. Shaw. Their work would appear on the National Federation of State High School Associations (NFHS) Network.

‘Nervous … I was very nervous before my first broadcast,” Clark admits. “I had rosters and schedules; that was about it.”

But he settled in, grew baseball-glove-broken-in comfortable behind the mic, and opted not to go out for football at the beginning of his sophomore year in order to go all-in as a media teen. 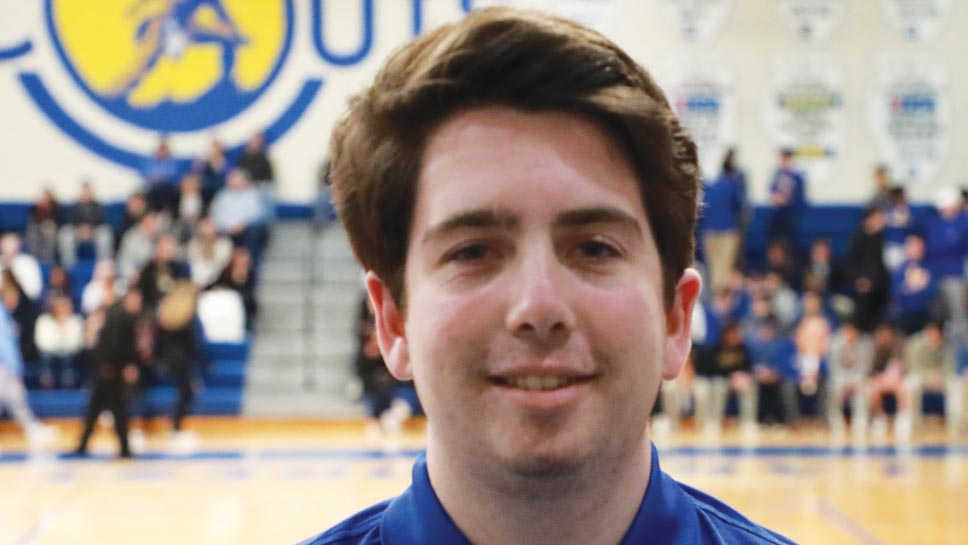 Clark would end up working nearly 60 LFHS home games (football, boys and girls basketball) from 2016-2020; the football broadcasts were posted on Facebook. He was all set—and “amped up”—to call a baseball game between LFHS and Libertyville High School at Miller Park in Milwaukee on May 12, until the pandemic scrubbed that unique opportunity. 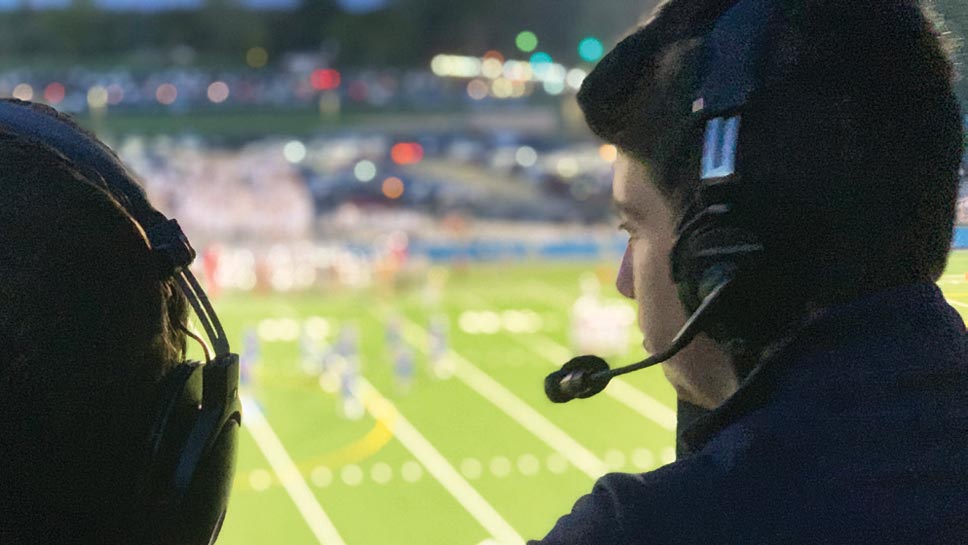 “Connor,” Douglass says, “got more and more confident with each game, especially during his junior year, and his preparation before games improved every year. He loves all sports, has a passion for them—and for doing play-by-play. He’d do research before the games, figuring out each team’s game plan, and he’d introduce himself to the visiting team’s coach. He reached a high level his senior year, excelling while finding his voice.

“But what impressed me the most about him this year was his storytelling; he recognized how much value it added to his broadcasts.”

Give the viewers a storyline or two at the outset, Kerr told Clark.

“Instead of just saying, ‘Mundelein is here tonight to take on Lake Forest in a boys basketball game,’ I set the scene with more details, mentioning Mundelein has a couple of Division I-level players and that it beat Lake Forest by 25 points in the teams’ first meeting,” says Clark, who began preparing for the 2019-20 boys basketball season by watching the Scouts play in Summer League games.

“I also informed our audience how drastically Lake Forest had improved in the weeks between the two games. Jon Kerr helped me a lot.”

So did Chuck Swirsky, the radio play-by-play man for the Chicago Bulls’ broadcasts on been contributing his voice and opinions for the Huskers Sports Weekly podcast.

And earlier this month he interacted with LFHS freshman Brennan Riley on Google Meet for nearly an hour. Riley wanted to talk shop— play-by-play shop—with Clark. They’ll likely reconnect before the end of the school year.

Riley wants to be the school’s next Connor Clark.

“How great is that?” Douglass says. “As a teacher, it doesn’t get much better than that, knowing one of your seniors welcomes the chance to share his advice and experiences with someone who wants to know the keys to success in your field of study.

“Connor,” he adds, “cares … cares so much, about others, about broadcasting. He still appreciates the help he had received as a freshman, and now look at him—he’s helping a freshman.”