Imagine you couldn’t pick up your newborn child without harming yourself. Or you developed swelling on your hands simply by pushing your child around Disneyworld in a stroller. Or that simple, everyday activities caused blistering on your feet so bad you couldn’t walk. Imagine you’re Megan Gosselin.

Gosselin suffers from a mild, but still painful, form of epidermolysis bullosa (EB), a group of rare conditions that result in easy blistering of the skin or mucous membranes. As Gosselin explains, human skin has two layers and most people have a layer of “velcro” between them that both separates them and holds them together. Those with EB are missing that middle layer, which makes it much easier to damage the skin. For some, the disease is life threatening.

“You have to watch the clothes you wear, the shoes you wear, and be really in touch with your body,” Gosselin says. “It looks like lots and lots of blisters and those blisters can cluster and last for months. Eighty percent of days I have a blister.” 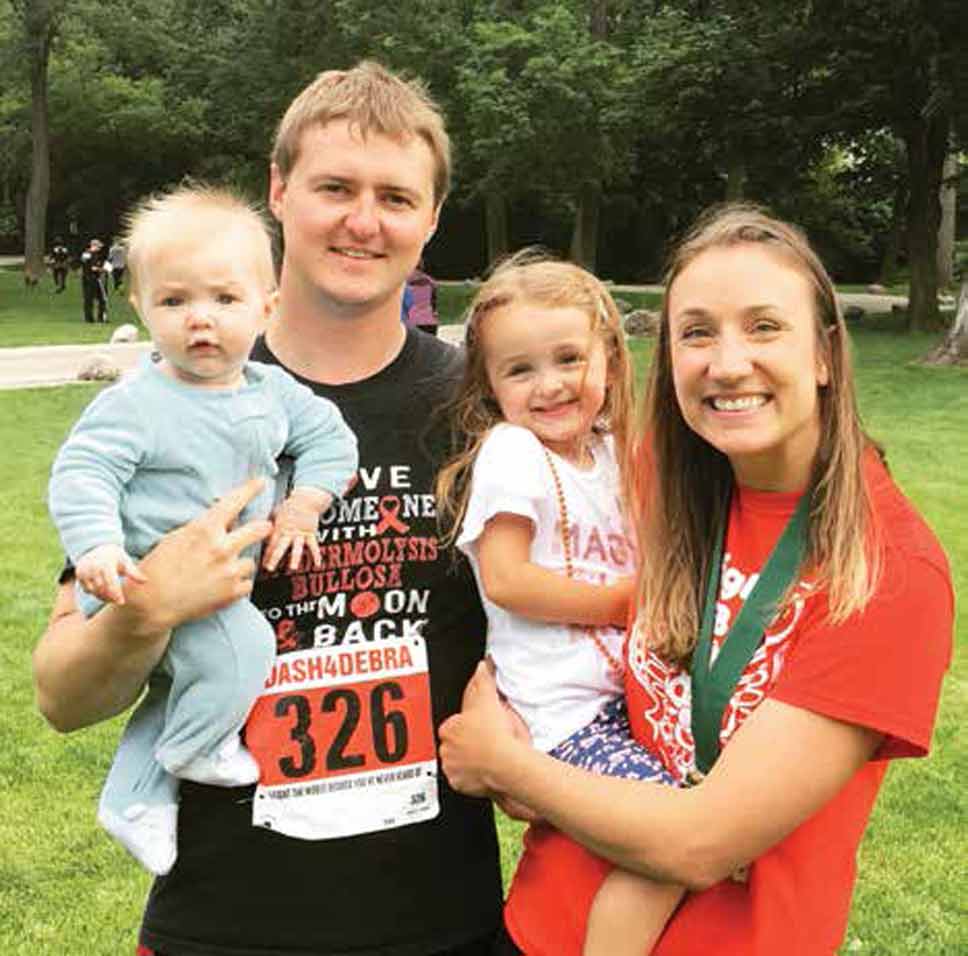 Gosselin was the first member of her family to be diagnosed with EB and, pre-Internet, her parents had to scramble to get information and figure out how to respond. Since then, research has advanced to develop treatments for the one in 20,000 Americans that suffer from the condition. Two years ago, when she was just 29, Gosselin testified before the FDA.

“I’m a manufacturing engineer for GE so thankfully most of my day is spent analyzing data on a computer and not having to use my hands or feet to earn a living,” she told the committee. “There are days when I cannot hold a pen to write or dread a new introduction where a handshake can bring tears to my eyes. On days like this I rely heavily on my husband, family, and co-workers to do simple tasks for me, which at times is humiliating.”

Because of the blistering and, for some with EB, permanent scarring, EB can be a socially isolating condition. Even up through her first college years at Rensselaer Polytechnic University in upstate New York Gosselin hid her condition from others. 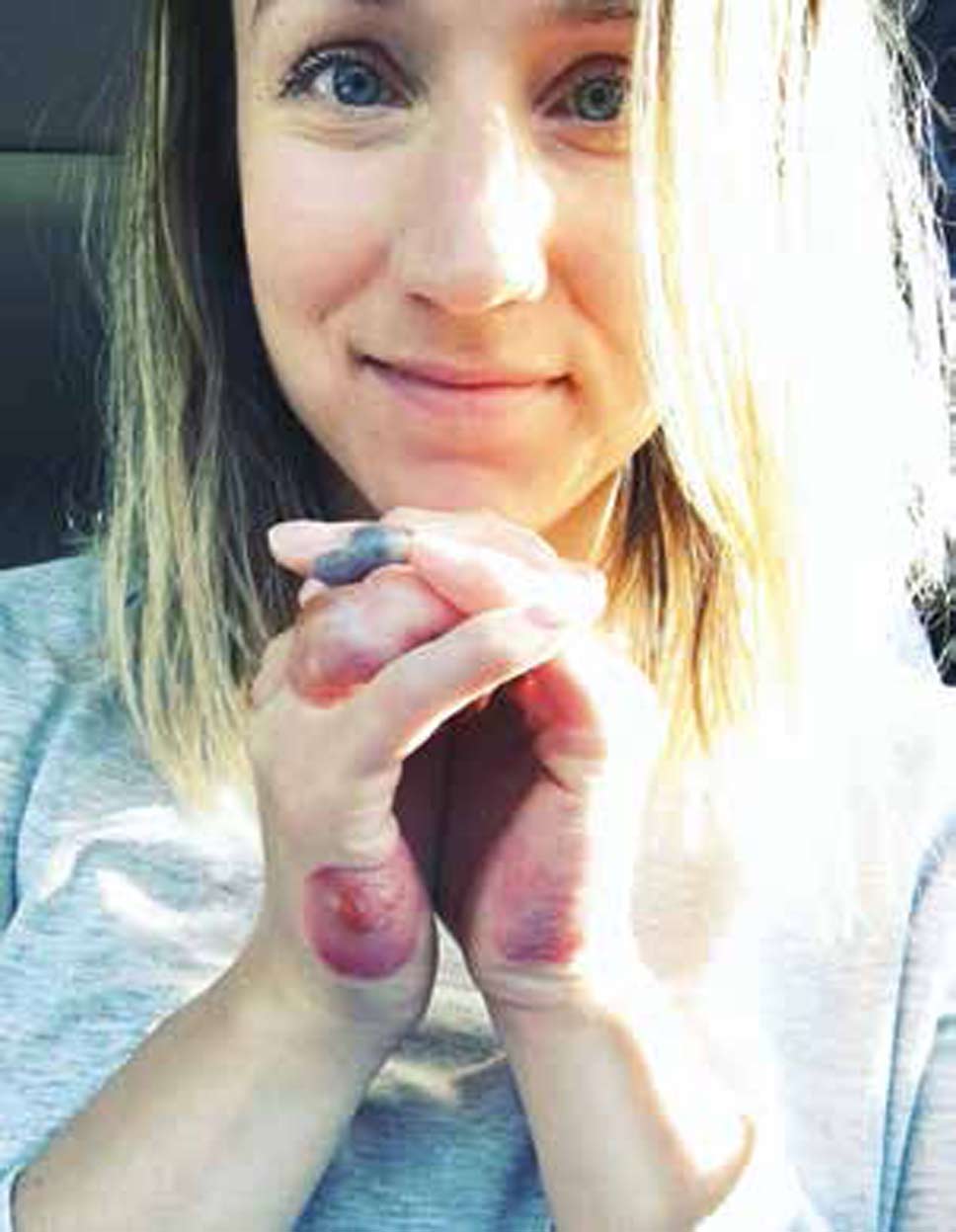 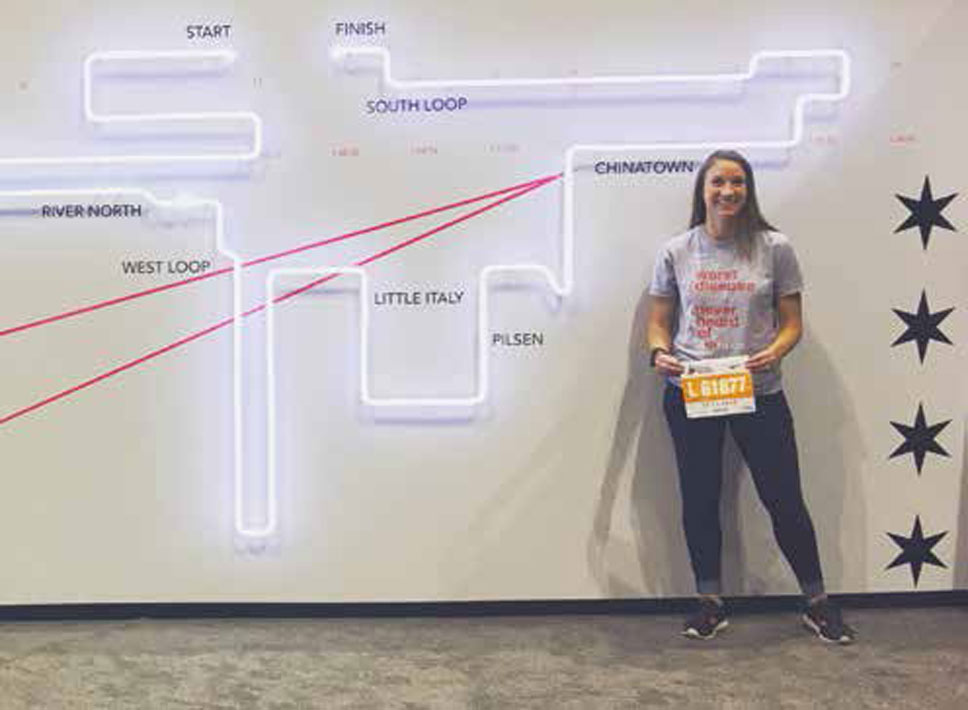 In her early 20s, Gosselin began being more open about having EB. After she had her first daughter, she started having long online discussions with other women suffering from EB who were worried about passing the disease on to their children. She began to feel a sense of community, and that led her to become more involved in efforts to educate the public and advocate for a cure.

Six years ago Gosselin, an athlete despite her challenges with EB, conceived of the idea of Dash for debra, an annual race that takes place on the cross country course on the grounds of Lake Forest Academy, where Gosselin went to high school. debra is a leading organization in the United States that supports the EB community and funds important research for treatments and a cure.

Participants can register for a 5k,10k, or 1-mile walk and raise funds as an individual or a team. Since it was created, Dash for debra has raised more than $100,000 in support of those with EB. Last year, the race added a virtual component that went viral. Runners from all 50 states ran their own 5ks on their own day and time.

Gosselin, who didn’t meet anyone else with EB until her mid-20s, says that as important as the race itself and the funds raised, the event serves as a meetup for the EB community.

“A lot of people come who have somehow been affected by EB. Dozens have been. Some have lost babies,” she says. “Last year we dedicated the race to an 8-year-old who lost his life.”

Gosselin says that Dash for debra isn’t the only way people can support those with EB. Learning more about EB and sharing information with the public is instrumental in raising awareness and increasing resources for the debra organization, which sends care packages to families affected by EB, helps them work with their insurance companies, and lobbies on behalf of more funding.

All of these efforts point to getting the attention of the right people, and Gosselin reflects back to her experience testifying in front of the FDA as one of the highlights of her efforts.

“You know you’re making change when you have the ears of the people you need,” she says.