As it reads, today: “The gathering place in the heart of our community [Lake Forest], where people connect, converse, learn, listen, play, and perform.”

A proposed addition to the mission, perhaps until the end of 2020: “… and flock to rediscover the joys of blessed normality in the Post-coronavirus Era.”

Gorton Community Center Executive Director Amy Wagliardo sits in a chair in a space adjacent to the center’s intimate Stuart Community Room. It’s a mid-afternoon in late February, when most Americans had only associated Corona, capital “C”, with “that beer that goes well with a lime wedge.”

Wagliardo, 46, brings up the Digital Age. A tinge of remorse accompanies her first thought on the topic.

“People are losing their identity in this era of technology,” says Wagliardo, a Lake Bluff resident since 2014 and Gorton’s executive director since April 2016, when she succeeded Brenda Dick. “A place like Gorton is an antidote to that. It’s a place where people come together, feel connected, feel a part of something. Every holiday season, before the tree lighting ceremony in Lake Forest, we show the movie Home Alone. More than 200 people, kids, and adults, usually attend. And they laugh; they laugh together.

“You can’t get that while sitting on a couch at home.’ ”

Get the feeling that Gorton Community Center will serve as a go-to place and haven for people starving for “social nearness” after this virus crisis?

Wagliardo attended Center Grove High School in Greenwood, Indiana, not far from Indianapolis. She played the saxophone and the bassoon and joined every band at the school, eventually developing her musical talent at Indianapolisbased New World Youth Orchestras. Her parents, Ron and Vicki, took her to theater productions, classical concerts, and musicals.

“Arts feed the soul,” she says.

Wagliardo consumed her first college meal in Dallas, on the campus of Southern Methodist University.

“My 18-year-old brain wanted me to go to a college far, far away from Indiana,” Wagliardo recalls. “I was interested in studying musical therapy, and SMU offered that as a major. But I took classes in the field for a year and discovered it was not for me. 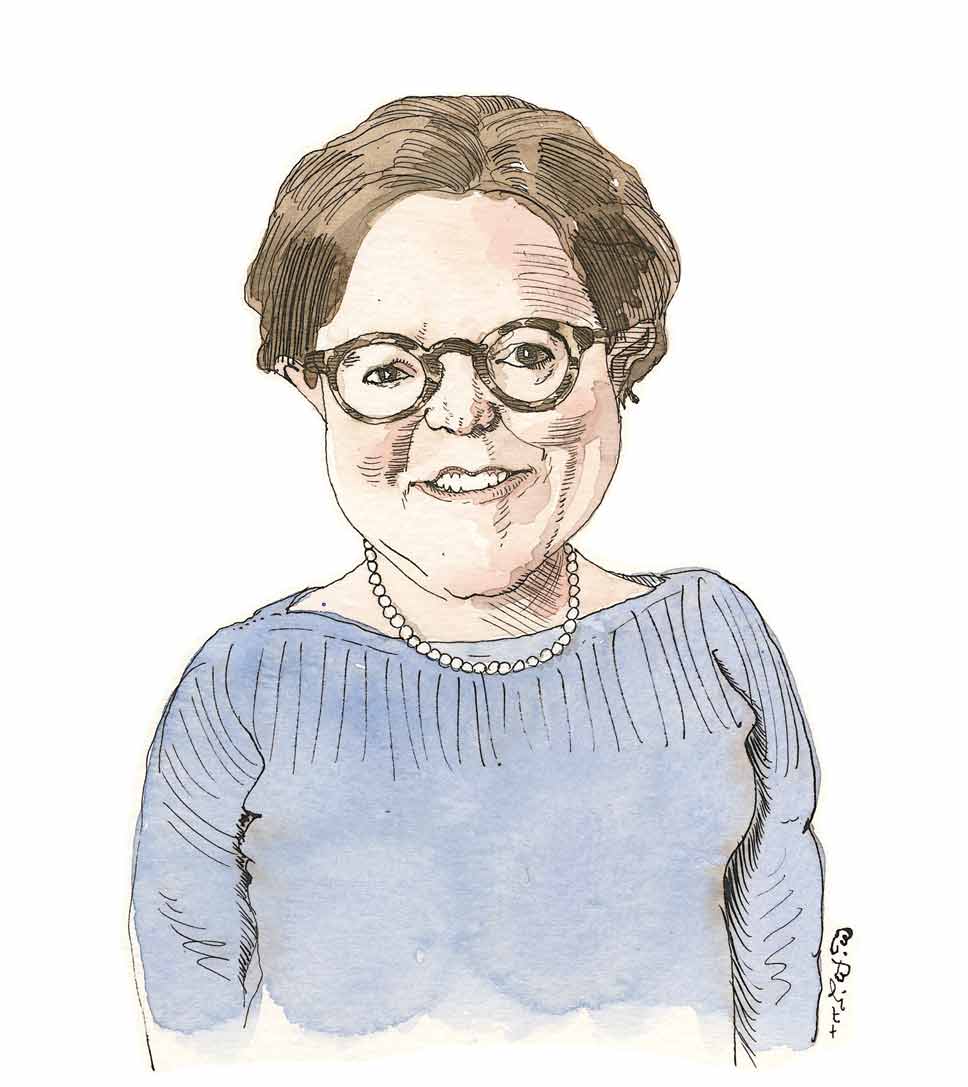 “I shifted to a music education major.” Students at Westlake High School in Austin, Texas—New Orleans Saints quarterback Drew Brees’ alma mater—took music classes taught by Wagliardo for four years. She earned a Master of Arts in Art Management and an MBA at SMU, before working for the Dallas Symphony Association and the Dallas Center for the Performing Arts Foundation.

She met her future husband, Sam, at SMU. Amy and the baritone saxophonist completed a workstudy program together. Sam owns Custom Design & Stages Fabrication in Schaumburg.

They have two sons: Luke, 9, and Adam, who just turned 6 and loves anything with wheels. Imagine how big his eyes got at the sight of the monster truck wheels when his family attended the live motorsport event Monster Jam at Allstate Arena on March 1.

“It’s been great,” Wagliardo says of life back in the Midwest, following her 22 years in Texas. “I felt lucky, getting the job I have now. It’s meaningful work, with a great, short commute. The community has been wonderful, communicating with us often and letting us know what it wants and expects from the community center. Through all kinds of events, hundreds of classes, films, camps, our Live Music Series, and our Drop-In Learning Center, we’re all about arts and culture and wellness.

“My goal, our goal, is to continually make Gorton a vibrant place for Lake Forest, for Lake Bluff, for all of Lake County.”

Wagliardo notes Gorton—a privately funded community center that counts on, and appreciates, the generosity of its donors annually— is in its second year of strategic planning. It aims to offer more signature events, or “next-tier events,” she says. Garrison Keillor, master storyteller and creator of the weekly live radio program “Prairie Home Companion,” entertained a packed John and & Nancy Hughes Theater at Gorton in February; hilarious folks from The Second City comedy club are scheduled to draw waves of laughter at Gorton this fall; and the Stuart Community Room doubled as the setting of the fully immersive show Murder at Gorton: Death of a Gangster in early March.

Count on Gorton to provide it.

Last April, Gorton hosted a Fly Fishing Film Tour. Teens have exited Gorton feeling emboldened, thanks to the center’s events that introduce effective anti-bullying tactics. The band Looking for Jane— featuring Lake Forest High School musicians—is scheduled to open for the Americana band Birds of Chicago in a Live Series concert on April 4. And Dennis Watkins is set to enthrall all souls during his Magic Parlour Show in the Stuart Community Room on June 28.

“Members of my team work well together, support one another, and they certainly respect each other,” says Wagliardo, adding Gorton’s collaborations with Lake Forest Open Lands Association, Lake Forest Library, the History Center of Lake Forest-Lake Bluff, and the Lake Forest/Lake Bluff Chamber of Commerce have been well-received and added relevance to the center’s burgeoning lineup.

“Everyone chips in,” she adds. “Everyone here is willing to do whatever and to do it whenever, to make sure each Gorton event, along with each offering, meets expectations. I’m surrounded by self-starters. My management style? It’s pretty laidback. I don’t micromanage; I look at the big picture. What allows me to do that is having a staff that’s smart and creative.”

For more information visit gortoncenter.org, or call 847-234-6060. Gorton is committed to the safety, health, and well-being of the community amid concerns about the coronavirus, and it’s working to reschedule larger events that were scheduled for March and April on a case-by-case basis.