Billed as the “Party of the Century,” North Shore Country Day School (NSCD) welcomed back alumni, as well as former and current parents, faculty, and staff to celebrate its 100th anniversary on February 27. Hosted at the Atrium at the United Center, more than 450 people supported the event, which raised more than $440,000 for student experiences at the school.

“To be able to bring together the community past and present was incredible,” the co-chairs said. “We are so grateful for everyone who made it a special—for the people  who attended, raised their paddles, sponsored or sent in donations in lieu of attendance, and for those who spread the word about this ‘Party of the Century.’ We felt the love for ‘Raider Nation.’”

The centennial celebration was held not only to celebrate the school’s milestone, but also to raise critical funds for student experiences. Funds raised will allow the school to be responsive to evolving programs and new opportunities for students, inside and outside of the classroom. 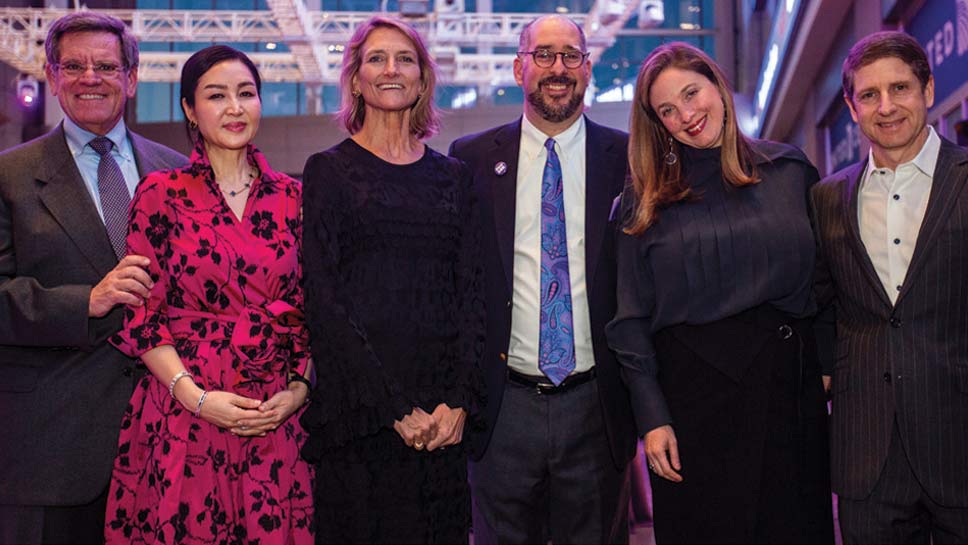 The evening included food stations and cocktails, followed by a brief program and live music. During the program, Head of School Tom Fleema talked about the impact of the school’s supporters on current students, Wirtz and Reinsdorf shared the impact NSCD had on their own lives, and Saturday Night Live cast member and 2000 NSCD alum, Alex Moffat, made a special video experience. The program culminated in an exciting paddle raise and live auction. Rounding out the night, 1986 alumni Mark Bransfield and Liam Davis, put on a performance with their band Soft Opening.

Over the years, NSCD’s annual benefit has raised more than $6 million to fund areas not  fully covered by the operating budget, such as curriculum and teaching fund grants, student scholarships, and faculty enrichment grants. Proceeds have also helped fund the renovation of the Lower School and the Auditorium and Arts Center, and construction of the Conant Science Center.

North Shore Country Day School was established in 1919. The Winnetka-based college-preparatory school currently has more than 540 students enrolled in its junior kindergarten through 12th grade classrooms.