In April 2018, Veronia Lilja Brugioni was on a flight home from her wedding in Playa Mujeres, Mexico, when she turned to her husband Matt. Now that the couple was married, it was time to discuss their next steps.

By January, O’Hare Irish Dance was up and running in Lake Bluff. 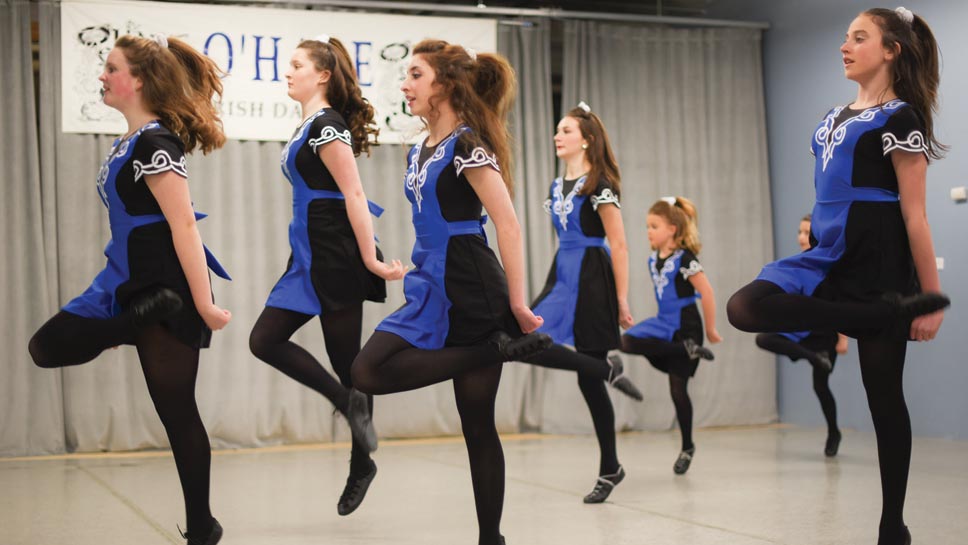 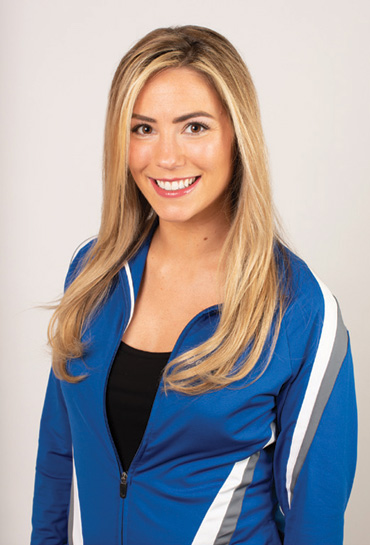 One chat with Brugioni and it’s no surprise that she managed to make things happen in a matter of months. The 28-year old has all the drive and ambition you would expect from a world medalist in Irish dancing. It’s also in her blood: Her father, Larry Lilja, was briefly a member of the Atlanta Falcons and the PRSRT STD New York Giants before serving as a football coach at Northwestern University; her mother, Kelly, was a former gymnast and U.S. Gymnastics Federation judge.

In other respects, establishing the school was a lifetime in the making. Brugioni began her career at the tender age of 3, after her mother and grandmother took her to a live performance of Riverdance—the wildly popular show that introduced Irish dance to American mainstream audiences.

“I was immediately hooked,” says Brugioni. “My mom would drive me from Lake Bluff to Des Plaines three days a week. When I was growing up, this was the only place to train, so it was hard for friends to understand. They were playing soccer or ballet or basketball; meanwhile I was going to Irish dance competitions.” 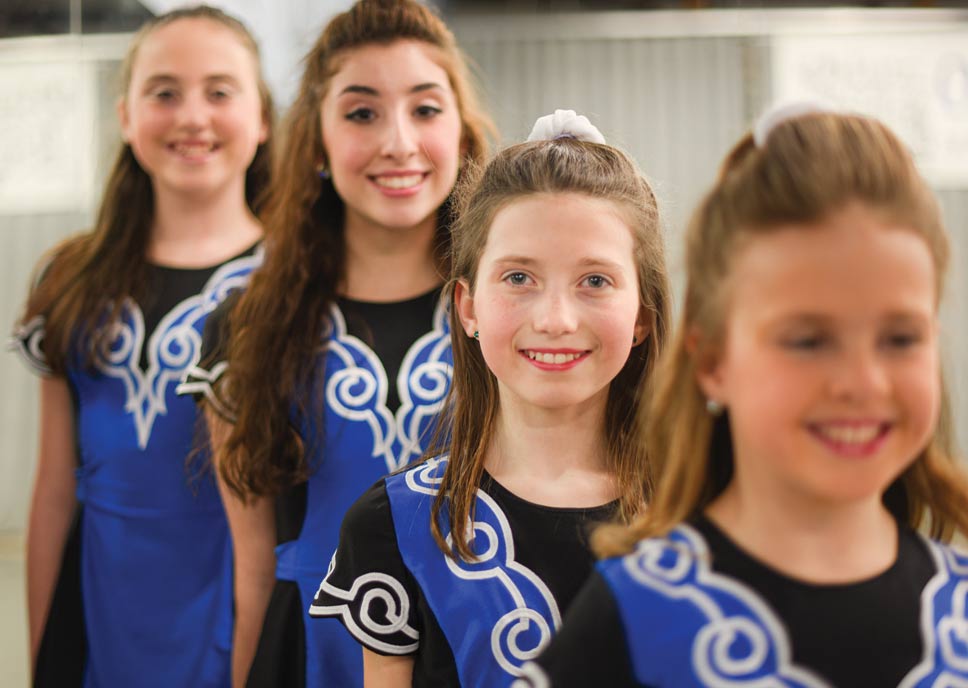 Brugioni attended her first competition at age 4; by 10, she qualified for her first World Irish Dancing Championships. She spent the next 8 years competing in the event, taking annual trips to Ireland and Scotland in pursuit of medals (she won two).

“I don’t think my mom or family realized how competitive it was,” she says. “When you watch Lord of the Dance, you are watching the performance side. But in the competitive world, it’s individually based. It’s very intense; it’s not a participation trophy sport. Even at age 4, you have to learn very quickly that if you go out on stage and forget your steps, you’re not going to get a medal.”

The person who helped her understand the requisite commitment was Tim O’Hare, her lifelong teacher for whom her school is named after. A regional, national, and world champion, O’Hare was a pioneer in bringing Irish dance to the Midwest before its mid-90s explosion in pop culture.

“Back then, classes would run out of basements in churches or at gyms in schools,” explains Brugioni. “Tim was a legend in the Irish dance world,and he had tremendous success as a teacher. He has students who won World, and who’ve performed in Riverdance and Lord of the Dance. But growing up dancing with him, he never had a studio to call home.”

Following a series of ankle surgeries as an adult, Brugioni followed O’Hare’s lead and transitioned from student to teacher. “Once I recovered from the overuse, torn tendons and ligaments, I found that I was not going to get back to where I once was,” she says. “But I had such a passion that I didn’t want to give it up completely.”

She earned her teaching certification in Ireland and hosted classes through the Lake Bluff Park District, Lake Forest Recreation Center, and Libertyville Sports Complex. “For several years I was driving from one place to the other until I was maxed out until they couldn’t offer any more studio time and I couldn’t take on any more students.”

That’s when she turned to O’Hare for his blessing to open her own place.

“Tim is like a second dad to me,” she says. “He said absolutely; that he supported me a hundred percent.”

It is heartbreaking to hear her talk about her mentor in the present tense. In November, O’Hare passed away of cancer. The loss is still fresh; Brugioni recalls sharing a traditional Irish dance with him at her wedding as if it was yesterday.

“It was so unexpected,” she says. “I am so thankful that he was there for our opening. He was definitely a tough teacher, but he was kind. We always knew we had to work our butts off in class, but at the end of the day he was a friend to us.”

It’s a teaching style that she has adopted and applies tirelessly. O’Hare Irish Dance operates six days a week and has an enrollment of about 100 students. Brugioni currently teaches every class herself—at least for now. She is currently five months pregnant and expecting a daughter. And whether or not her own child shows an interest in Irish dance, she can also expect to grow up learning the same lessons that her mother did in church basements almost two decades ago.

“I think the biggest thing Tim taught me, and that I try to teach my students, is that you always have to strive improve yourself,” says Brugioni. “But you can gain confidence in the process. If you are always picking yourself apart and trying to become better, it’s easy to get down on yourself, but he had a way to make you more confident. That’s an important life lesson even after your dance career.”

On March 8, O’Hare Irish Dance will host a St. Patrick’s Day showcase at Lake Forest Academy. This will be the first big show since the school opened its doors. “It’s going to be all ages and levels” she says. “A chance for students to show what they’ve learned.”

Brugioni adds that while different students have different goals, she hopes the most important lesson they take away is something internal.

“I feel like Irish dance made me a better person in general,” she says. “It’s not just the dance aspect. This may not be the popular opinion, but the participation trophy mentality doesn’t teach you about real life. You have to learn at some point that you have to work hard to get what you deserve.”