When Susie Hultquist’s daughter Natalie was just a year old, she did what any naturally curious baby would, and took a lick of peanut butter from her mom’s spoon.

Hultquist could have never predicted that the consequences of a seemingly innocent mother daughter moment would lead her on a lifetime journey. Today, the Deerfield-raised Chicagoan is the founder and CEO of Spokin, a unique lifestyle app designed for people with food allergies.

Natalie initially broke out in hives, warranting a trip to the pediatrician. But the doctor dismissed it as an allergy that would pass with age. At the age of three, it was recommended that she try a small taste of peanuts again—an ill-informed suggestion that led to an anaphylactic reaction.

“It was late at night and we were scheduled to leave town in the next couple of days,” says Hultquist. “The doctor was asking questions about her breathing, and his advice was to put her in the shower. I later learned that not only was this incorrect —the correct response would be to call 911— but that it actually exacerbates anaphylaxis.

As a first-time mother, Hultquist spent a sleepless night beside her child to make sure that she continued breathing. After waiting a nerve-wracking three months for an appointment with an allergist, the doctor confirmed the diagnosis, and the mother was prescribed an EpiPen to administer to her child in the event of a future reaction.

“My husband and I learned we had to act quickly,” she said. “It’s imperative to administer as soon as possible, as it’s the only way to stop the reaction.” 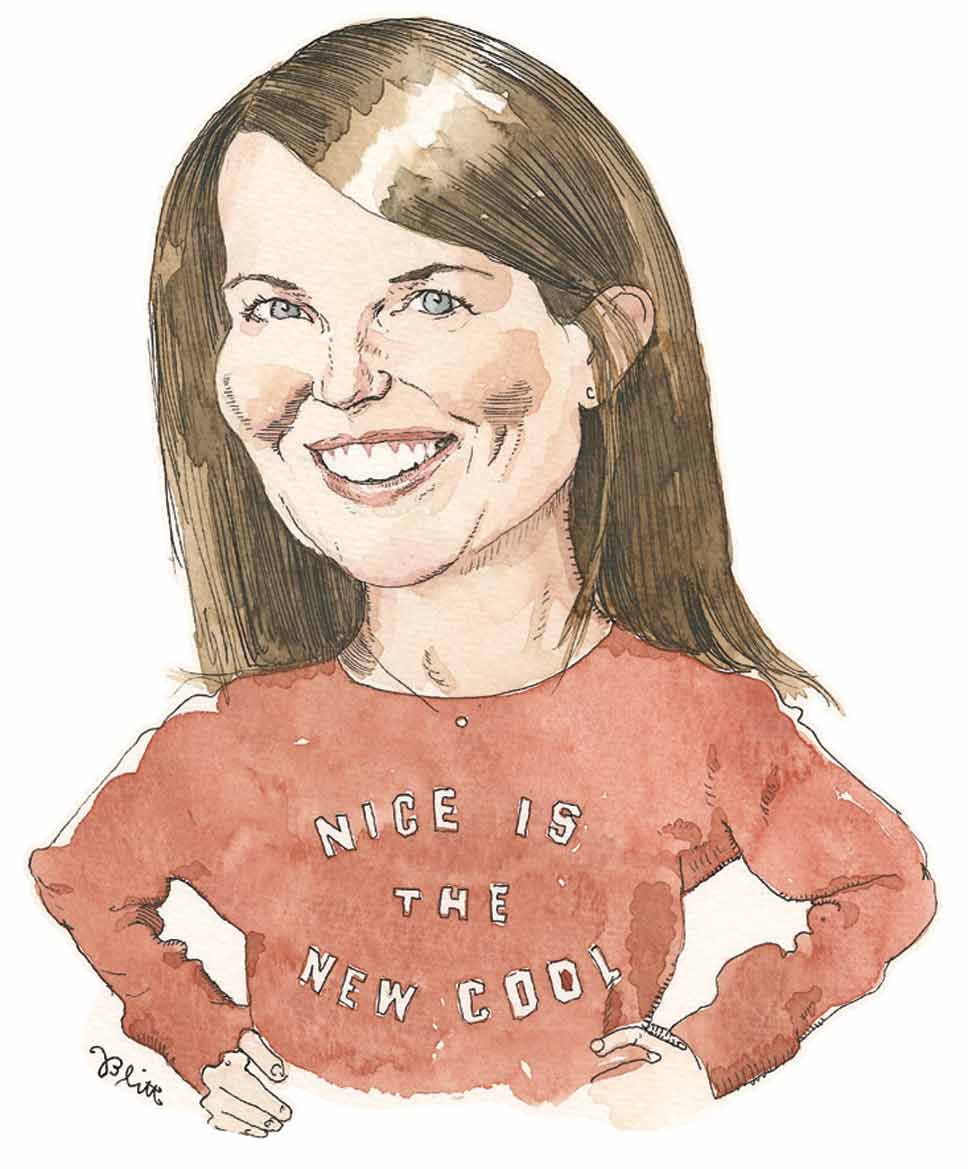 At the time, Hultquist—who has a bachelor’s in finance from University of Illinois Urbana-Champaign and MBA in accounting and finance from University of Chicago Booth School of Business— was committed to a successful career as a public equity investor. Suddenly she was tasked with additional responsibility of managing her daughter’s condition and ensuring her safety. Schools seemed to lack widespread policies to address food allergies, so Hultquist naturally assumed the role of a vigilant advocate.

“It’s an emotionally taxing disease, and I was concerned about both Natalie’s physical and emotional well-being,” says Hultquist. “We were often the people establishing the guidelines and educating teachers. We tried to handle it with a really kind touch; you can do it in a way that’s balanced and reasonable.”

Prioritizing the health of her child was a no-brainer, but that doesn’t mean it wasn’t a challenge. Hultquist recounts a story about the day a former coworker was selling Girl Scout Cookies in her office. Before she could agree to order, she spent 15 minutes studying everything about Thin Mints to make sure they were a safe choice.

“The real-time issue was that there isn’t enough info on the box and the ingredients,” she says. “Beyond that, it’s checking the facility information on the company website (since it’s often not listed on the package), and then the added step of checking if others had tried it, and if they had a good experience in real life or not.”

She realized that others were probably doing the same thing every day to research and accommodate their (or their family members’) conditions—and the cumulative sum of hours spent was an inefficient use of time.

This became the catalyst for developing Spokin. The app streamlines the process by providing news, resources, and access to verified food brands, all tailored to your own specific dietary restrictions. There is also a social aspect that allows users to connect and share reviews and recommendations for restaurants, products, and places that cater to people with allergies. Between leaving her finance career in mid-2015 and Spokin’s official launch in 2018, Hultquist studied dating apps in earnest (she is a happily married mother of three) to better understand “the art of matching and finding your people.”

“The thing is, I felt it was invaluable to connect with other parents who’ve been there before me,” she says. “There are 32 million people with food allergies; let’s put them in one place. I wanted to create something where people could come together with the sheer purpose of wanting to help one another.

“And there are different learning curves,” she adds. “When a child is first diagnosed, they are typically very young. I’d ask, ‘What foods are safe for my child? How can we eat in restaurants? How can I leave her in other people’s care?’ Now that Natalie is 16, it’s a whole new ball game. You think about all new situations to navigate, and all the things she has to do on her own: going to Cubs games or Lollapalooza with friends. You will exhaust yourself for your children, and then there is this critical moment when you realize that they eventually have to take care of themselves.”

As it enters its second year, Spokin’s popularity continues to surge. The app saw 70 percent growth in registration in 2019, and there are currently 50,000 user generated reviews in 79 countries. (A search for North Shore restaurants that cater to food allergies turned up dozens of results.)

Hultquist is aiming high, ramping up partnerships in 2020 and and keeping an eye on global expansion. But regardless of user numbers, she is satisfied knowing that her efforts have at least helped one person: Natalie.

“An app doesn’t take away from the fact that she has to advocate for herself ” she says. But as a mother, it gives great comfort to know that her daughter has a tool to help make informed decisions. “In a situation that is otherwise a minefield, or can be socially isolating, I want her to feel empowered.”