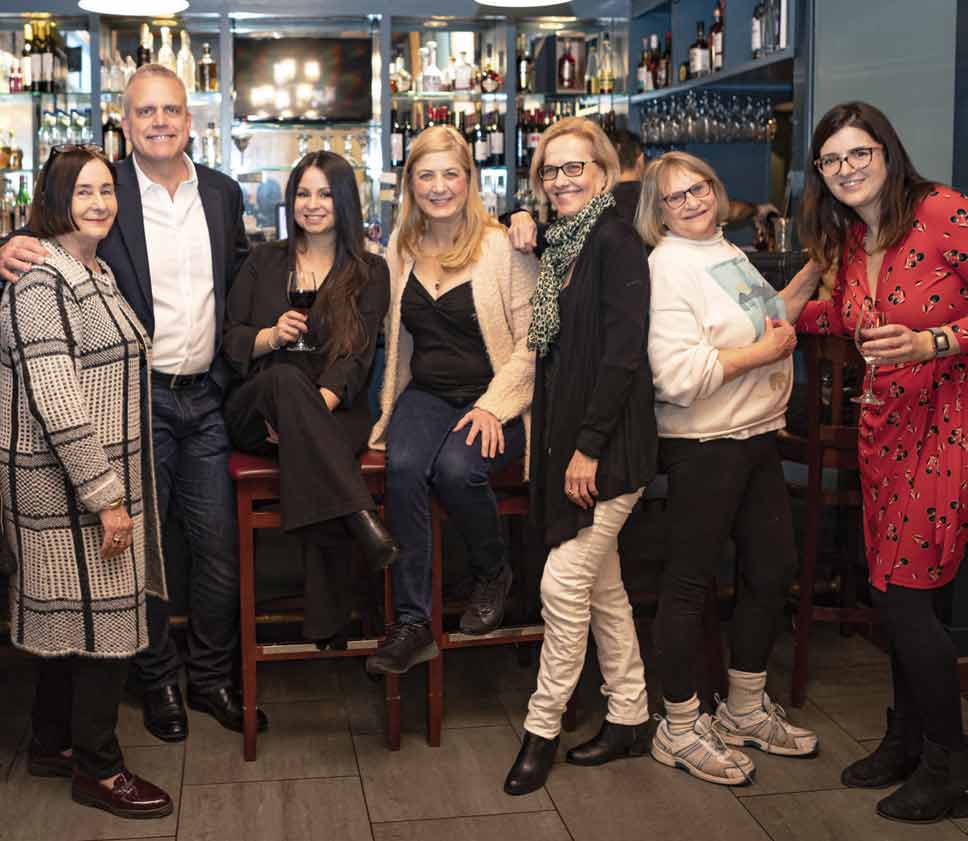 As a business entrepreneur who has launched numerous ventures in his career, Darin Daniels knows the importance of networking over shared interests. He also knows how hard it can be to find that simpatico in a room, or city, full of strangers. Moving to Winnetka from downtown Chicago with his wife Marcela, Daniels— a mortgage banker with Cherry Creek Mortgage, and a longtime foodie—figured an easy way to meet and connect with others on the North Shore would be to join a dinner club.

“But we didn’t just want it to be going to a random restaurant now and then,” says Daniels. “Marcela and I were looking for a group of people who loved food from different cultures, and wanted to socialize, cook, and have fun exploring cuisines through meals cooked by the members. That search came up empty.”

So Daniels decided to do something about it. He posted his idea for such a club on the popular social networking website Nextdoor to gauge interest; it garnered enthusiastic responses from dozens of people. “I was surprised,” he says. “First, that something like this didn’t already exist, and secondly, that so many people responded so quickly.”

Based on the response, Daniels founded The North Shore Dinner Club. The fledgling club has met twice to hash out guidelines, shape a format, and plan for monthly gatherings. The group’s first official dinner, which will have an Italian theme, will take place on February 29; two more dinners are already planned for March and April.

Gathering at Winnetka’s Avli restaurant in January to sip wine, share Greek mezze plates, and get to know each other better, club members were a diverse but like-minded group.

“All of us love to talk about food, and love to socialize and entertain,” says Kathy Arthur, a lawyer who moved to Kenilworth from New York this past summer. “And for many of us, the idea of sharing recipes and knowledge around what we’ll be cooking for our gatherings is the added bonus.”

“When I read Darin’s first post on Nextdoor, I was immediately in,” Arthur adds. “I thought, ‘A group of people willing to cook and hang out with strangers over food?’ Now that’s a group of people I can relate to.”

Several in attendance at the Avli gathering, such as Genny Wert and Helena Ruotsalainen of Wilmette, and Pauline Ignas of Winnetka, say they love to cook. But with their children heading out of the nest, they no longer have an appreciative group to cook for.

“I’m a big foodie with a passion for cooking,” says Wert. “And I’ve always been a believer in family dinners. But my youngest just went to college and it hasn’t made sense since to make big meals. With this club, I’m looking forward to adventuring into different culinary ethnicities. And with such a diverse group, it’s clear we don’t have to travel far to do that. We can sample world cuisine made by our members, right here on the North Shore.”

Ignas, a middle school teacher who operated a short-term micro-business with her son called Pauline’s Tuesday Dinners, is thrilled with the North Shore Dinner Club premise. “Now that I’m the only person home, the idea of being in a dinner club where I can cook for a group of people who are adventurous about food, is really appealing,” she says. “Friendship, companionship, and a beautiful night out connecting with others in my community … I’m really excited about this.”

Ruotsalainen, a native of Denmark who  studied cooking at Le Cordon Bleu in London, and operates a villa business in Jamaica, says she knew of dinner clubs in Europe, but never had the time to start one herself. “Still, the idea lingered in my mind,” she says, “So when I saw Darin’s post, I think I was the first to respond. One of my hopes with this is to explore a lot of different cultural cuisines with people who like to do the same thing.”

That’s also the hope of Wilmette resident Ashley Palm, a financial analyst for Wolters Kluwer and mom to two young children. Palm, who is of Lebanese descent and will be hosting a dinner for the club with a Middle Eastern theme, says the club will give her an outlet for culinary explorations she can’t normally cook for the family. “I’m already eyeing a few Italian octopus recipes I’d love to make for the upcoming dinner,” she laughs. “Plus, the club is a nice way to meet local people from a wide variety of stages in life who share the same interests.”

Members say they are also drawn to the idea of getting to know each other around a table at each other’s homes rather than participating in an informal, potluck sampling at a public venue or restaurant.

“I enjoy going to restaurants to try new things, but cooking something allows you to understand a dish better,” says Palm. “I love eating Thai food in restaurants, for example, but cooking Thai food, I would have to do more research into the preparation, which would make me a better cook in the long run. And I like the intimacy of a smaller neighborhood group like this where you go to each other’s houses to share all of that.”

While guidelines for the group are still being fine-tuned, the current plan is to meet once a month on the same day. Meals will be themed around a different culinary region for each gathering. And attendance for each dinner will be capped at 10 to 12. (Multiple dinners will be coordinated if membership numbers require it.) 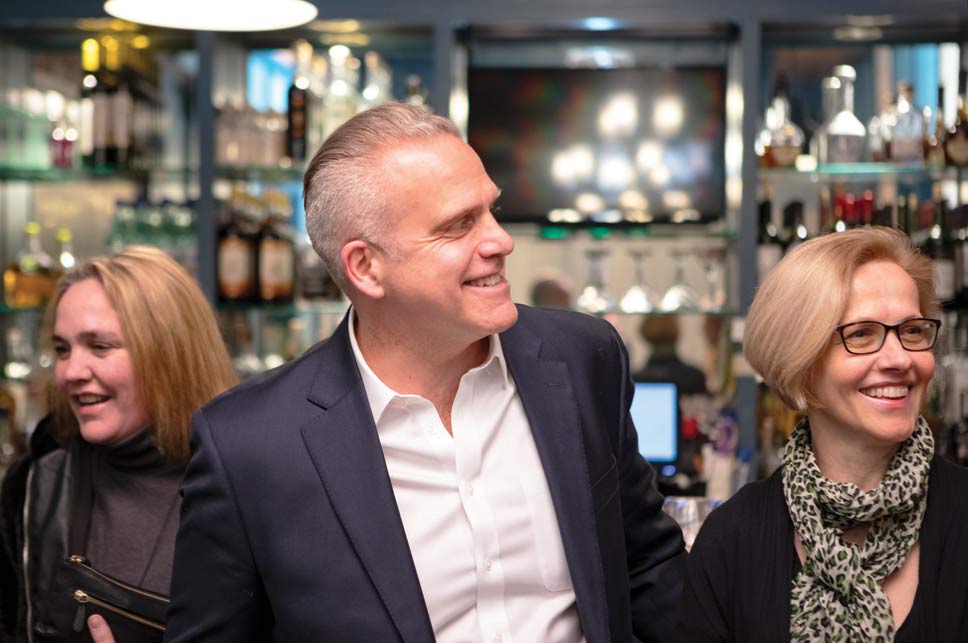 “We also plan to do quarterly events, such as wine tastings, scotch tastings, and perhaps chef demos, as an added chance to meet and explore,” says Daniels.

“The goal is really to unite the North Shore community in a fun, accessible way,” he concludes. “Everybody knows and has opinions about food. It’s a common denominator that breaks down barriers and makes it easy to socialize. I’m thrilled that the North Shore Dinner Club fills a void for that here, and am looking forward to where this goes.”